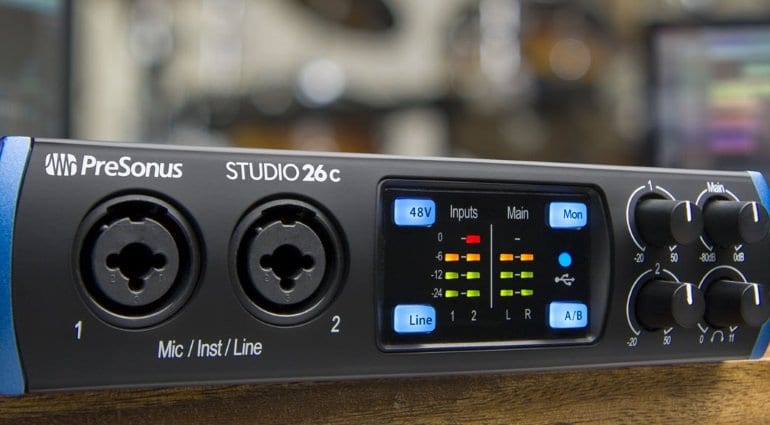 In time for NAMM 2019, PreSonus has upgraded its Studio audio interface line with USB-C connectivity, retaining the units’ comfortable pricing while making them easier to integrate with modern computers. All five models record audio at up 24-bit/192kHz and are meant to replace PreSonus’ first-generation Studio series interfaces. 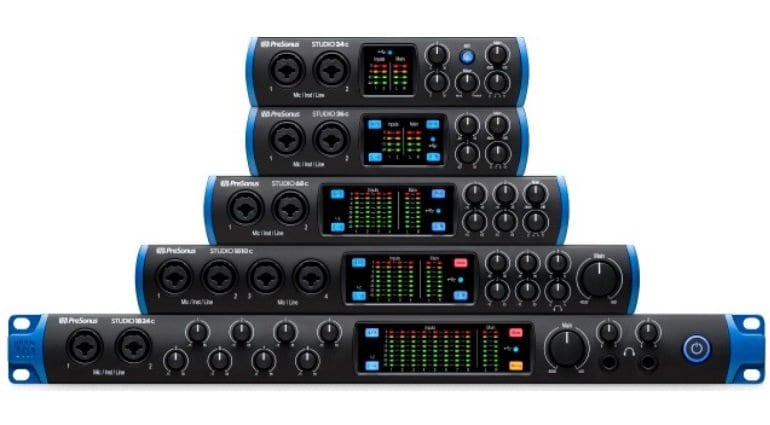 The smallest of the bunch, Studio 24c, is a 2-in, 2-out interface equipped with PreSonus’ XMAX-L solid-state mic preamps. It starts at only USD 150, making it the most affordable USB-C compatible audio interface on the market.

The Studio 26c offers a bit more room with 2 combo mic/line/instrument inputs and four rear line outputs alongside a Cue Mix A/B button. You can clearly tell this USD 199 interface has been designed for DJing.

The Studio 68c (USD 299), Studio 1810c (USD 399.95) and Studio 1824c (USD 499.95) expand on the concept with more inputs and outputs at your disposal, ready to handle the needs of producers, small bands, and project studios. The flagship 1824c model offers 8 mic unputs with PreSonus XMX Class A mic preamps, and up to 18/18 simultaneous inputs and outputs. Good stuff! It was about time mass-market interfaces caught up to speed with USB C, and the fact that 24/192 conversion has hit USD 150 can only make for more happy producers!

All interfaces are immediately available at PreSonus dealers. The prices mentioned are for the United States.

3 responses to “NAMM 2019: PreSonus updates its Studio interfaces with USB-C”