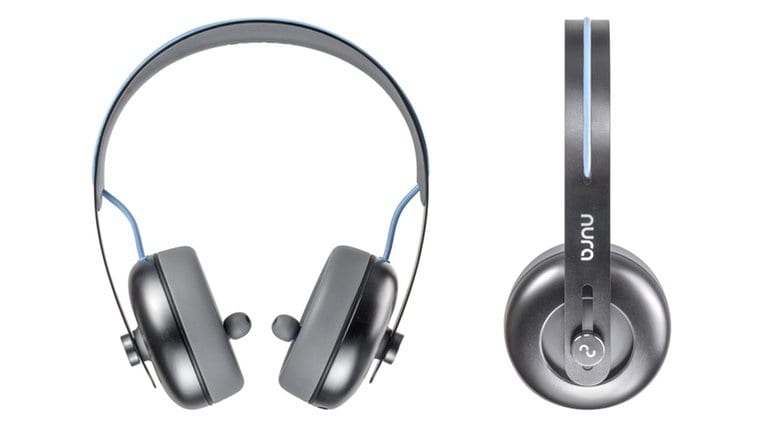 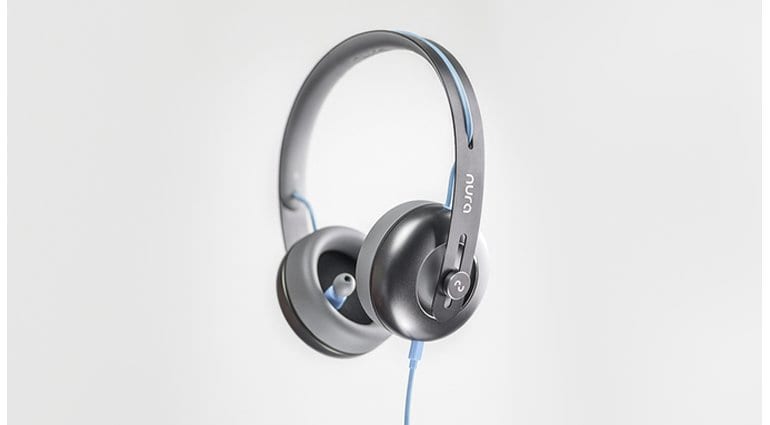 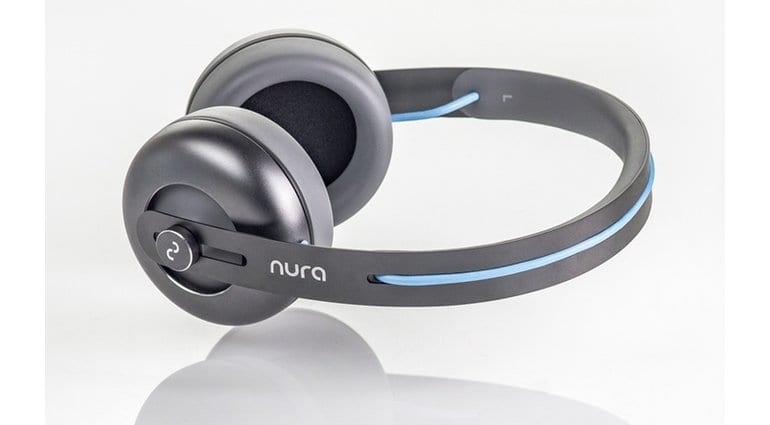 There’s two very unusual concepts at play here. Firstly, there’s the idea that the technology can measure your individual hearing response and then calibrate to it. Nura believe their tech can “fill in your musical black spots”. At first this seems like a breakthrough, allowing us all to hear the same result. Or does it, as I ask below? Secondly, there is the dual driver arrangement. This is the first pair of headphones I’ve seen that use a larger over-ear driver as well as in in-ear driver. Exciting stuff that leaves a lot of question marks…

I love innovative new tech like this. We need to commend companies and individuals that think outside of the box with audio solutions. As an industry I don’t think we move forward with technological advancements as fast as other industries. We still sit in front of drivers in boxes, or drivers in headphones and make them work – it takes a level of genius to ask the question: is there anything better than this?

Whatever the answers are to these questions, the real physiological conundrum is how we interpret our hearing. For example, nobody has perfect hearing, however much some of us in the audio community would wish otherwise. Therefore, professionals such as myself have grown up learning ‘how to hear’ sound, delivering mixes and masters that fall in line with what we consider commercial releases. In other words, we all work with a reference even though we individually hear it in a different way. I’m a strong believer that whilst our hearing abilities change, as professionals we are constantly training our listening skills. This tech can’t adjust for that.

I’m keen to try a pair of these headphones and learn the answers to all the above questions I’ve raised. It’s certainly a new concept that needs some time to appreciate as the technology involved is quite significant. Other burning questions on my mind are around the processing of the calibration. As we know from speaker calibration products, that DSP-powered systems are expensive and can have many side-effects such as latency, phases issues or a detrimental effect to the audio quality. Presumably if the calibration required from the headphones is severe, then this will also have an effect on the total volume achievable and this matters if these are self-powered.

The price of these headphones after the Kickstarter campaign appears to be 400 USD, which seems cheap. The headphones themselves with the additional in-ear drivers won’t be cheap to manufacture, but the calibration technology can’t be cheap either. Let’s not forget that Trinnov, the ultimate in studio speaker calibration, costs thousands because it requires a lot of serious DSP power and complicated algorithms. I assume the price is driven by market expectations, but adds an area of concern for me.

Back Nura on Kickstarter

The company behind this new tech doesn’t have a web site yet as it’s such early days. However, head over to the Kickstarter campaign where there is a lot of information available alongside the usual good early backer deals. Nura have already smashed their funding target so it’s only a matter of time before we get to hear these crazy new headphones.

08 Mar · This is NOT his Stratocaster

08 Mar · Music software needs a new 'Midi moment'. Too much of the software is shoddily made and most of their disfunction can be traced directly back to their security features, like the effen' DONGLE, its ...