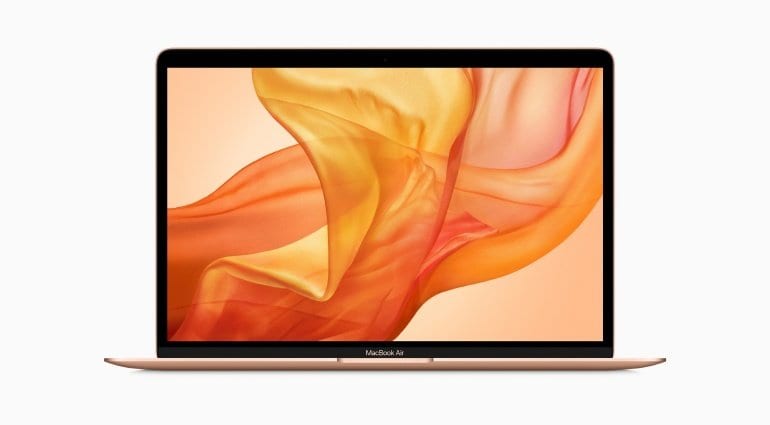 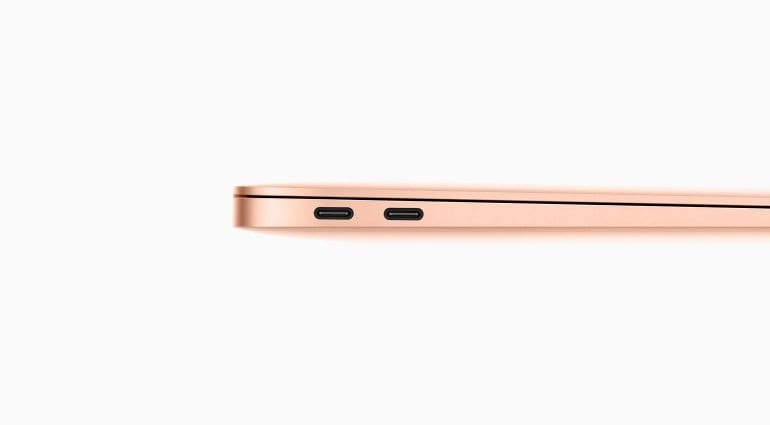 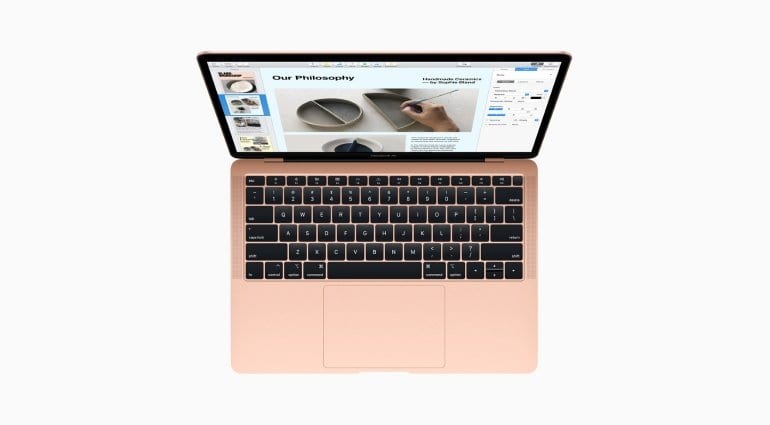 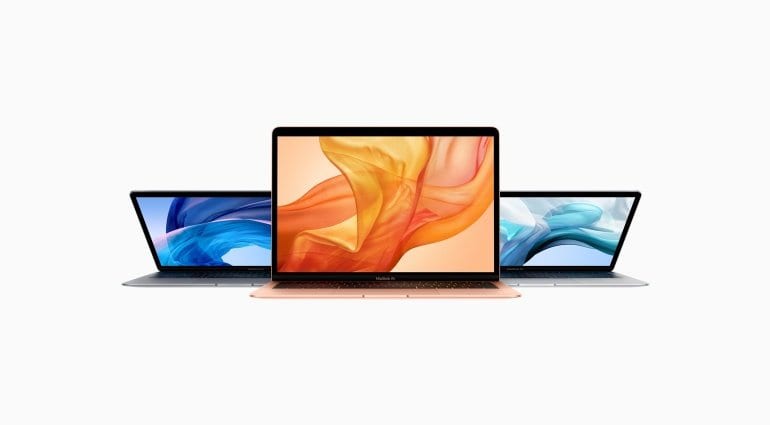 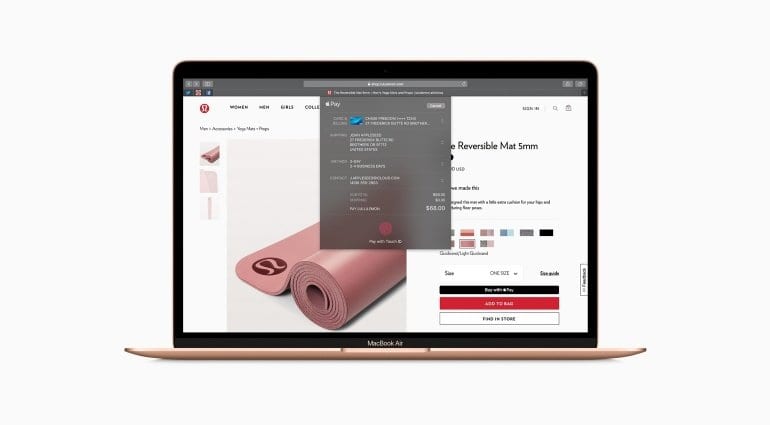 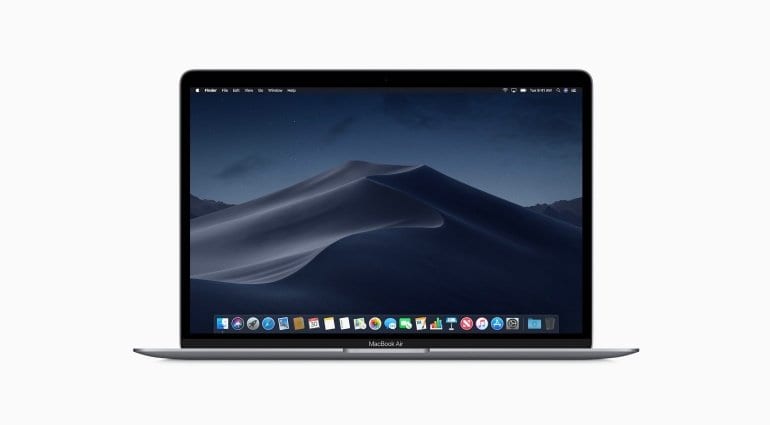 As the rumors foretold, Apple today announced a brand-new MacBook Air. After eight years of waiting, the groundbreaking laptop receives a successor equipped with modern Apple technology, such as a high-resolution Retina display (no True Tone, though), USB-C/Thunderbolt ports, and Touch ID fingerprint-scanning protection.

While the computer does pretty much look like a 13.3-inch MacBook Pro, its design honours the original MacBook Air’s legacy with a taper along the sides. I definitely like this move on Apple’s part, it’s a sophisticated touch to an already beautiful machine.

Immediately noticeable are the smaller bezels around the screen, which is a design trait that will likely make it into next-gen MacBook Pros and iMacs. It makes for an elegant look and saves up screen real estate, both tangible benefits. The MacBook Air keyboard is Apple’s “3rd generation” butterfly-mechanism with its familiar minimal key travel and clickety-clack sound.

There are two USB-C ports on the laptop and both are Thunderbolt-enabled, which is great news for musicians and producers running Thunderbolt hardware. This effectively makes the MacBook Air a super-portable pro-class laptop. Speaking of which, the USD 1199 base model is equipped with an 1.16GHz Core i5 CPU, 8GB of RAM, and a 128GB SSD drive. So not exactly a production powerhouse, but plenty enough horsepower to accomplish an onsite recording session or mix/master a less involved tune (that is, with a reasonable track count).

Of course, the more cash you have on hand, the more you can squeeze out of the MacBook Air – it can go up to 16GB of RAM and 1.5TB of SSD storage, with an 8-gen Intel CPU. Apple has built quite a capable little monster, indeed. I honestly can’t think of a single point of disappointment with it, except maybe the price. We were kind of expecting an USD 999 MacBook Air, but what we got in the end seems worth the investment.

The MacBook Air will be available from November 7.