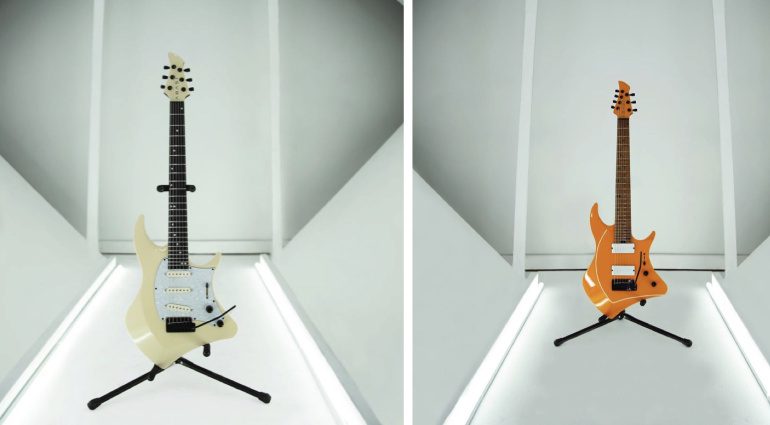 Abasi Concepts Emi is an all-new double-cut design from the guitar company owned by Tosin Abasi. Abasi has just already launched one new guitar at NAMM in collaboration with Ernie Ball Music Man, called the Kaizen. But, he still had time to work on this futuristic new model.

The Abasi Concepts Emi is an all-new double-cut design from the company and will be available in 6-string and 7-string versions. There is also an 8-string model, but I have yet to see any details on that version yet.

Therefore, it will be offered in three versions at launch, all featuring a set of Fishman Fluence pickups. The 6-string model looks a little bit like their Space T model mixed with a Stratocaster design and comes in a Latte finish, with a Pearloid pickguard, a figured roasted maple neck and a Richlite fretboard.

It has a Gotoh 510 tremolo and three single-coil Fishman Fluence pickups, offering two voices each. 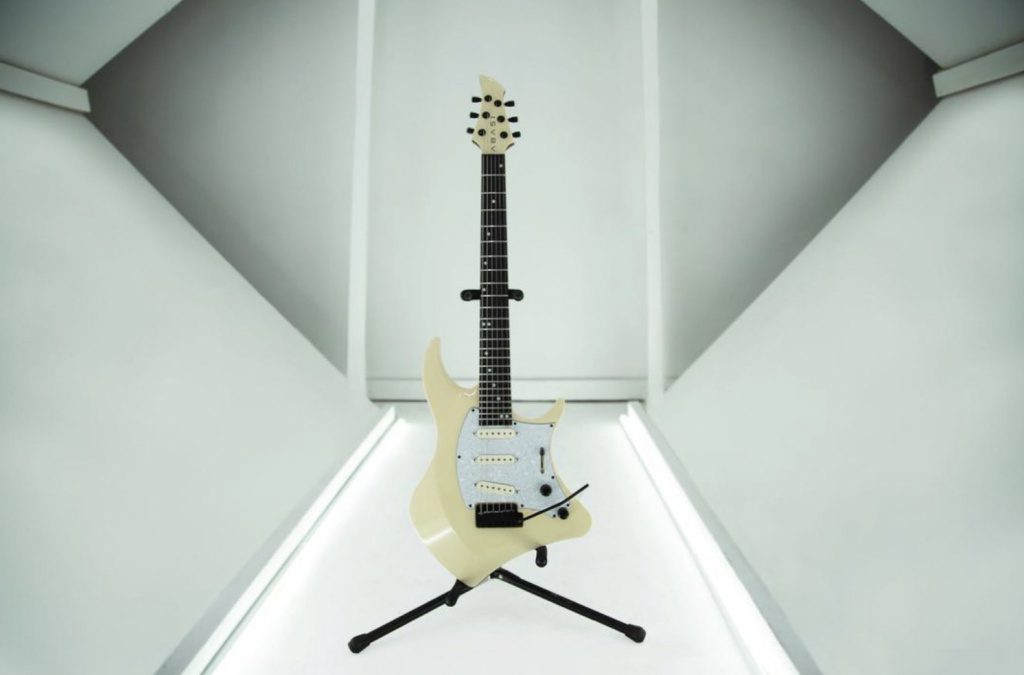 The 7-string Emi model again features a Gotoh 510 floating tremolo system. This model comes with a set of the Fishman Fluence humbuckers instead. 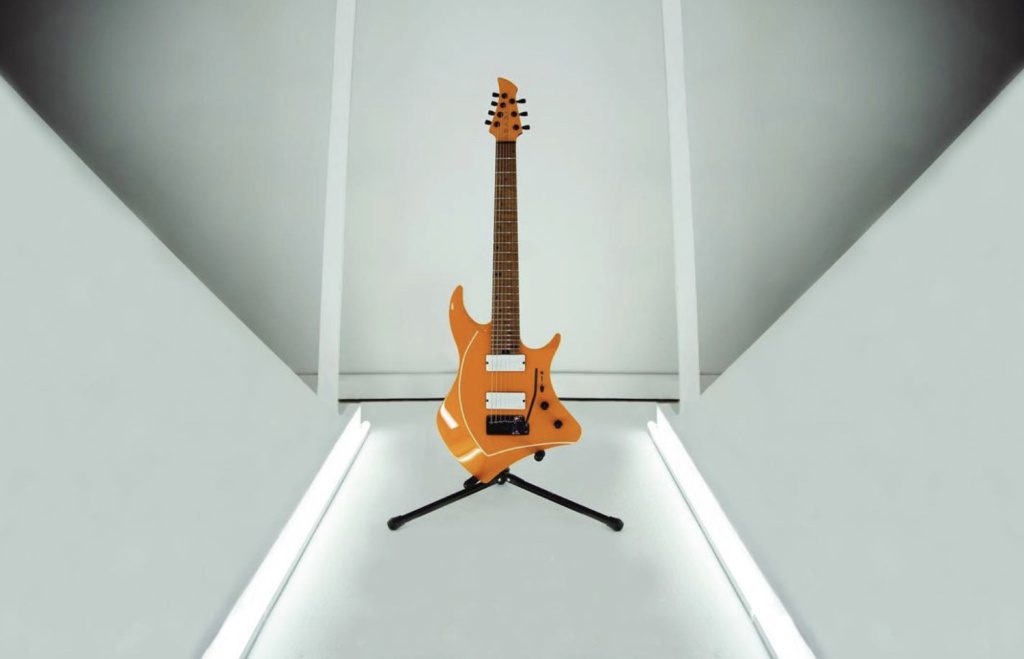 The 8-string version of the Emi comes in an HSS configuration, with single coils specified by Abasi’s Animals As Leaders bandmate Javier Reyes, paired with his own signature humbucker in the bridge position. Both the 7-string and 8-string models have asymmetrical neck profiles. These taper towards the headstock for more fluid playing across the neck.

I suspect these new Emi models will follow on in a similar manner to the Larada models. Being made available in small numbers and to order. Certainly, one to watch out for this year. Especially, as we also have the new Ernie Ball Music Man Kaizen collaboration model launching as well. 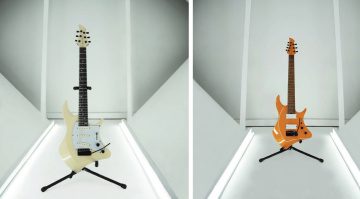 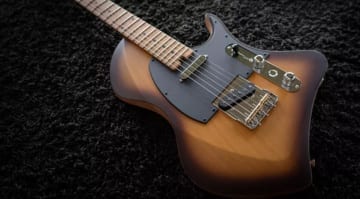 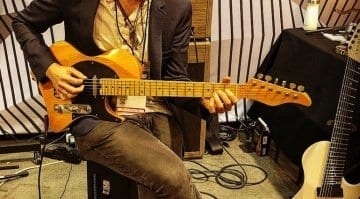 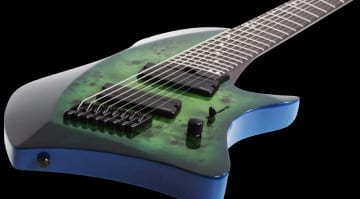 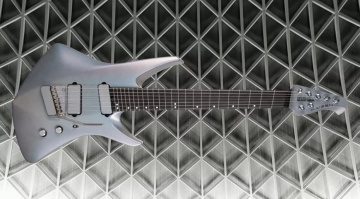