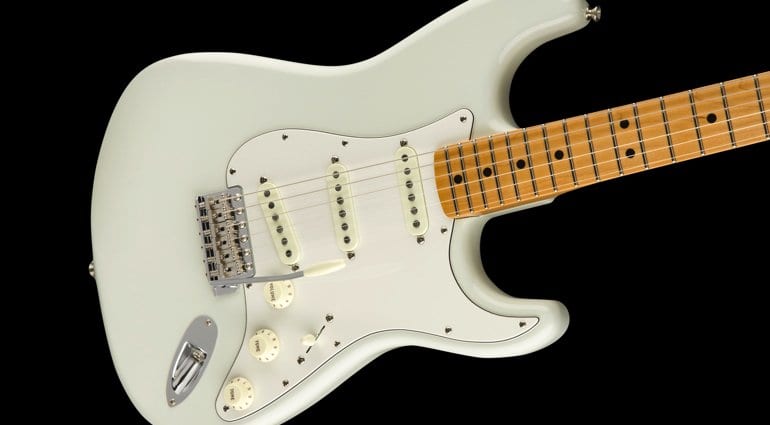 The two new Stratocasters are both available in either available in Olympic White or Black, with both versions having a two-piece Custom Shop selected alder body and as mentioned above you can get them NOS or in Journeyman light relic, aged finishes.

Each guitar has an ’66 Oval C-profile maple neck, with a bone nut and that has a reverse headstock with Fender vintage-style tuning heads, they have 6105 fret wire (narrow and tall) and are a 9.5″ radius, so should they look the part with that flipped headstock. 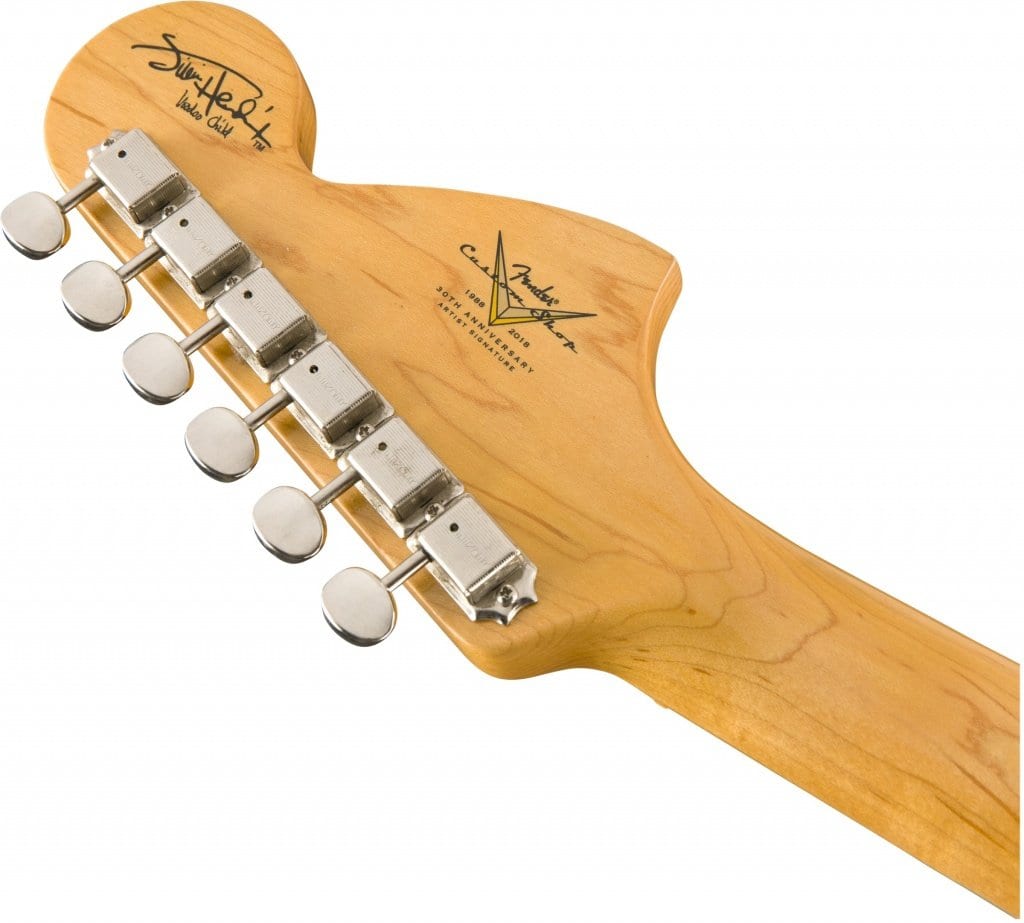 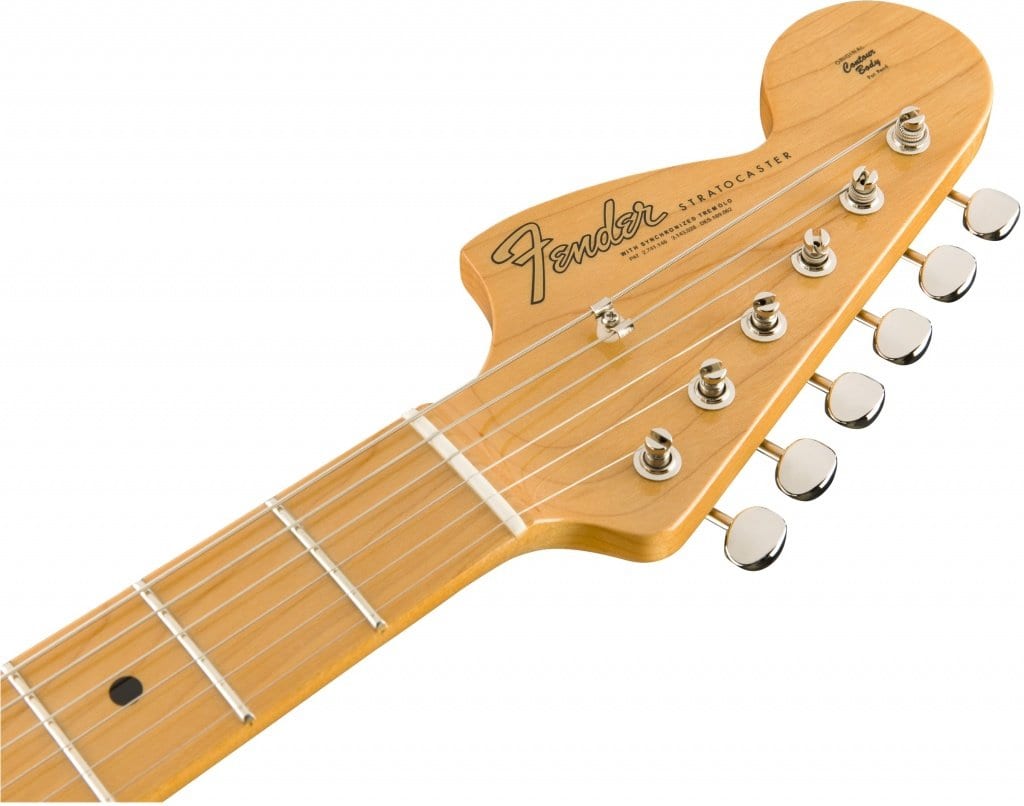 They all have hand-wound ’69 Left-Handed Strat pickups to mimic the way Jimi’s pickups would have been upside down, as he strung a right-handed guitar upside down and also the bridge pickup’s slant is reversed compared to a regular Stratocaster. These are all wired to a 5-way switch and a single Volume and two Tone controls.

They come in a deluxe Fender hard case, with a strap and a Certificate of Authenticity.

I reckon they look nice enough, but the pricing is ridiculously high for a pretty basic Stratocaster, reversed parts or not. Some people with love the Hendrix association, however personally I just think it is more marketing hype and it doesn’t do anything for me.

Pretty uninteresting guitar and if it didn’t have the Hendrix association we would probably never have noticed it in amongst all the other Stratocasters currently being sold by Fender. However, the Custom Shop makes nice guitars, so at least you know that it should play well and sound pretty decent for a vintage style Strat. If you are on a budget then don’t forget the Mexican version of these from 2016 and of course, last year’s Monterey inspired version as well.

Verdict, nice but seriously overpriced for a Stratocaster.