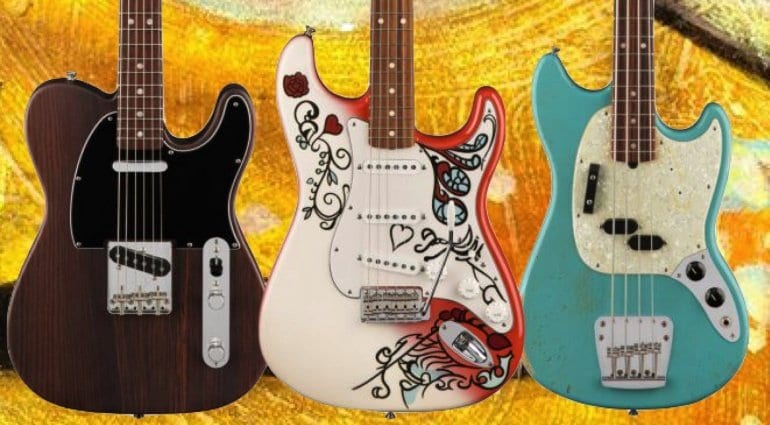 Fender has revealed new Jimi Hendrix, George Harrison and Justin Meldal-Johnsen signature models for 2017. Among the moments of rock history Fender is harking back to is the 50th anniversary of Jimi’s Monterey Pop performance during which he famously burned his Stratocaster live on stage.

50 years ago, Jimi Hendrix captured the world by storm with his incredible performance at the Monterey Pop Festival when he finished the concert by burning his hand-painted Stratocaster.

This is the second time that Fender has made a Monterey Stratocaster, the last one being a Custom Shop affair, that was spoilt in my opinion, by a badly placed back stage pass affixed to the front of the guitar and a dodgy tasselled leather gig bag that was thrown into the deal!

For the 50th anniversary of this milestone in music history, Fender is making yet another limited edition of the Jimi Hendrix Monterey Stratocaster. Well, you can’t blame them for wanting to cash in on this one, as people will buy it.

Burn it with fire!

Three vintage-style single-coil Stratocaster pickups, a maple neck with a C-profile and a 7.25” Pau Ferro fretboard with 21 vintage-style frets and the Fender synchronised tremolo are designed to make you feel as if you were playing Jimi’s actual guitar – yes the one he set on fire, as he loved it so much…

Okay I’m a cynic. I do love Hendrix but I’m bored of the constant cash-ins by Fender (and Dunlop) and the Hendrix Estate. I also find it laughable that his sacrificial guitar is considered something that you would want to play. He burnt it and smashed the s**t out of it, then lobbed it into the audience, so it must have been a keeper! I suspect it is made in Mexico as it costs under a grand. 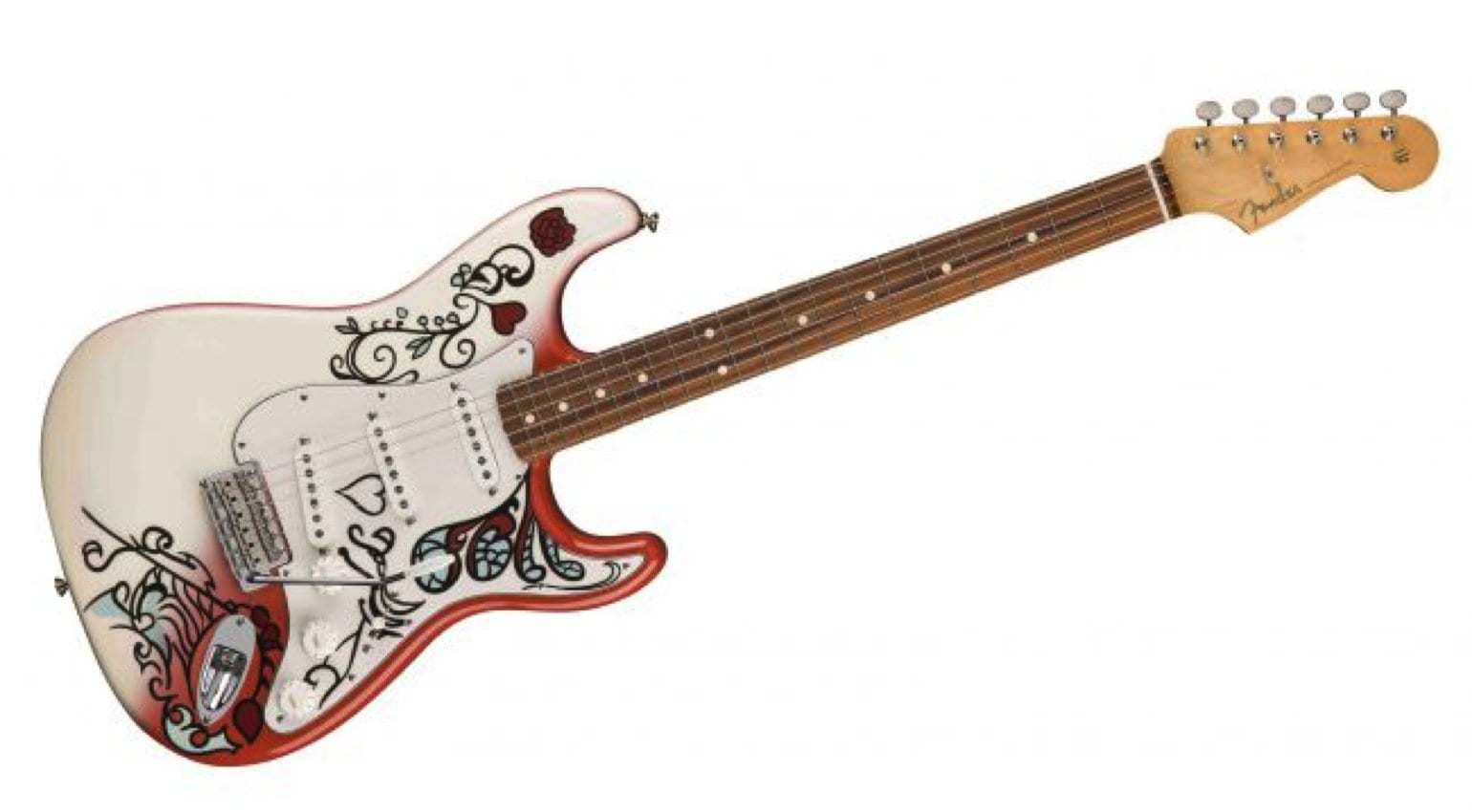 Fender has built the George Harrison Rosewood Telecaster in a limited edition of 1000 pieces worldwide. Since CITES regulations have kicked in and rosewood is now subject to trade restrictions as tight as moving plutonium into North Korea, this could be interesting.

Based on the original Telecaster built by guitar builder Roger Rossmeisl, this model remains faithful to George’s original rosewood guitar. The body is provided with cavities for weight reduction and better resonance. Other features include a rosewood neck with a 9.5 “radius rosewood fingerboard.

This time they have enough for 1000 guitars, last year they had enough for 300… Hmmm?

It isn’t exactly cheap, but then neither is plutonium… 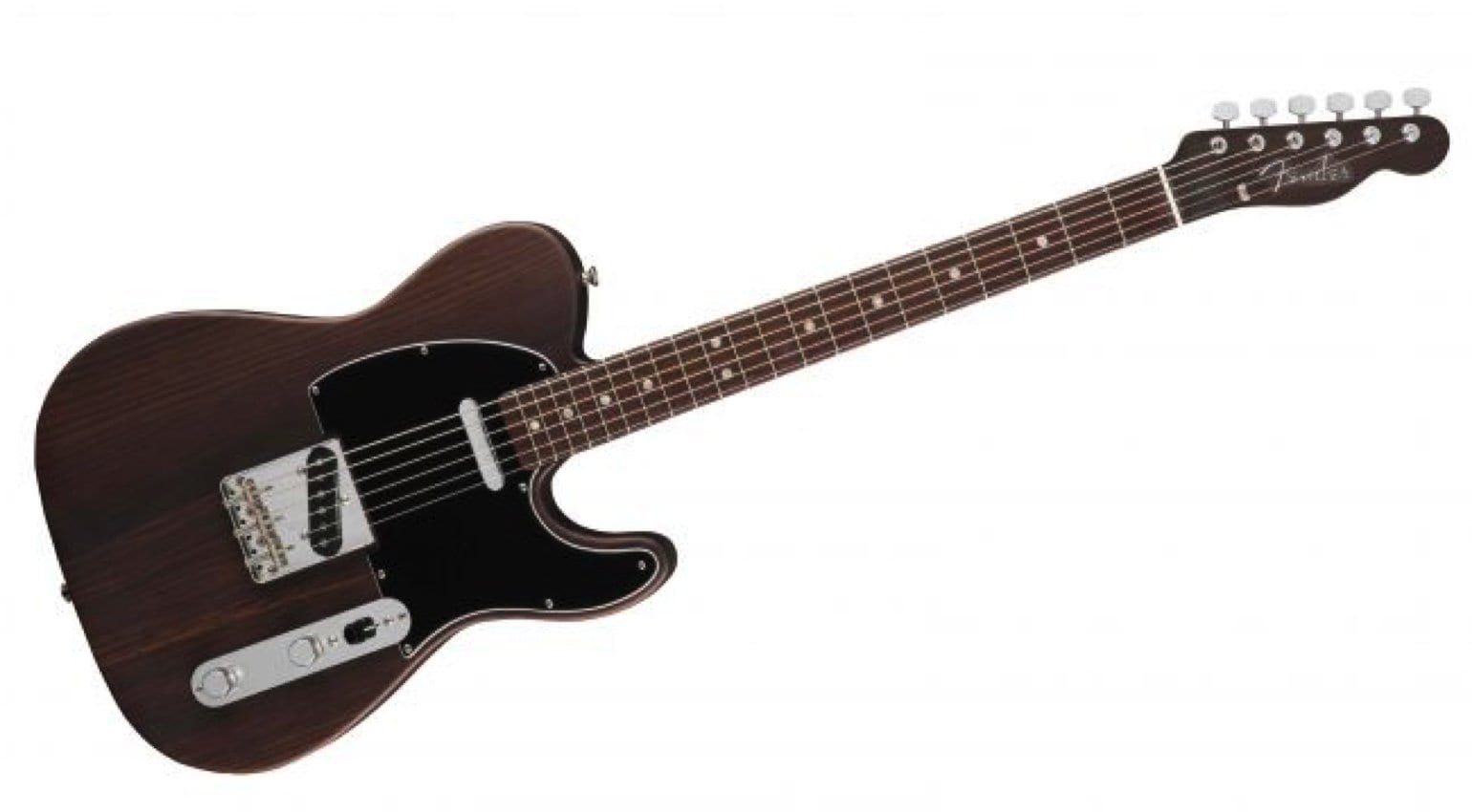 CITES? What’s that about then?

Justin Meldal-Johnsen has already worked for a variety of top artists of all genres. In the studio and on the stage, Justin’s treasured ’67 Mustang Bass is the tool of choice. Fender has teamed up with him to build a four-string signature bass, modelled on his original vintage Daphne Blue instrument. This one has been given a ‘road worn’ look. Equipped with a custom split coil pickup, it’s pretty simple and hopefully effective as well. At 30″, the scale is a bit shorter, so it could be a nice instrument for many bassists needing a slightly more compact instrument.

RRP GBP 969 due out in October 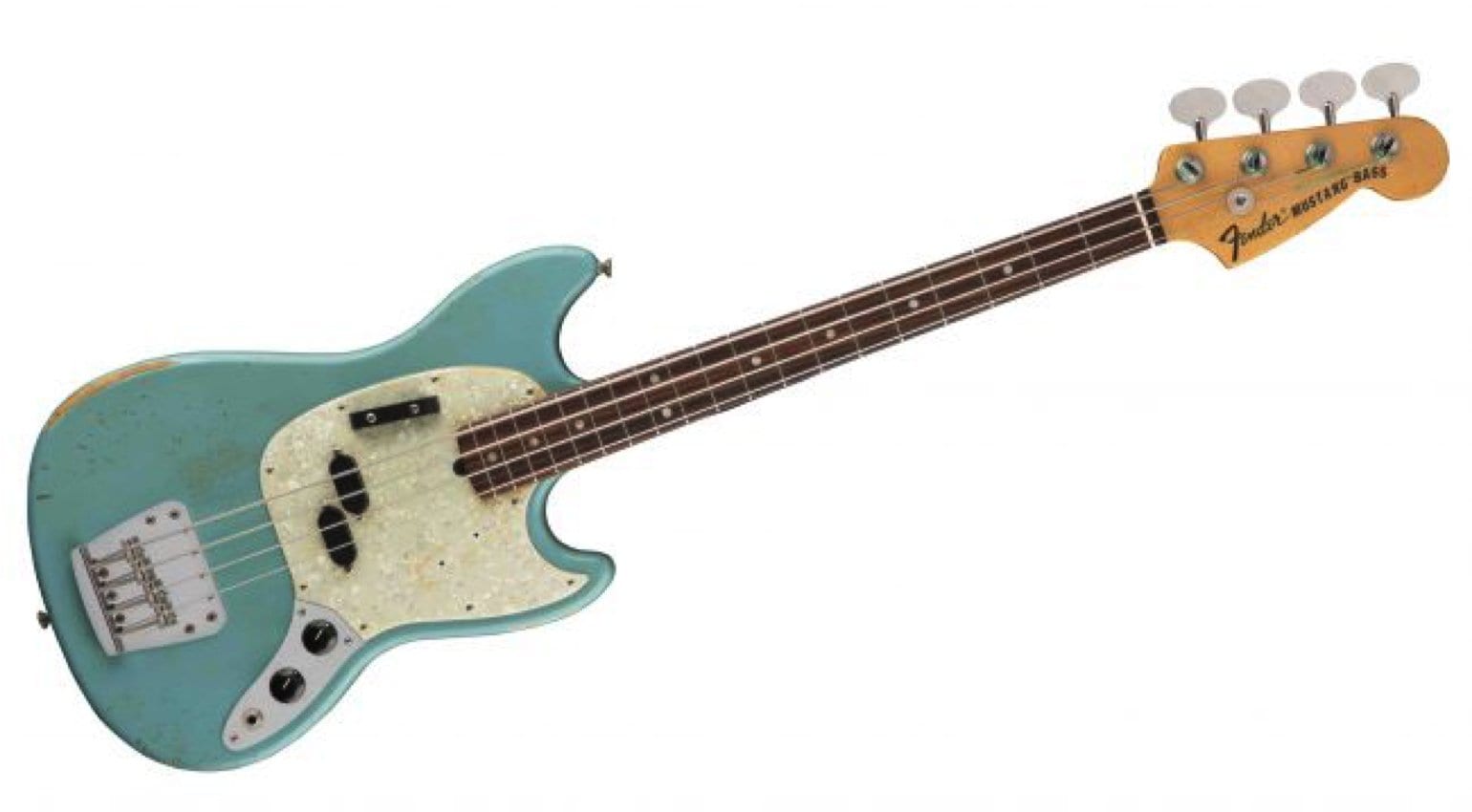