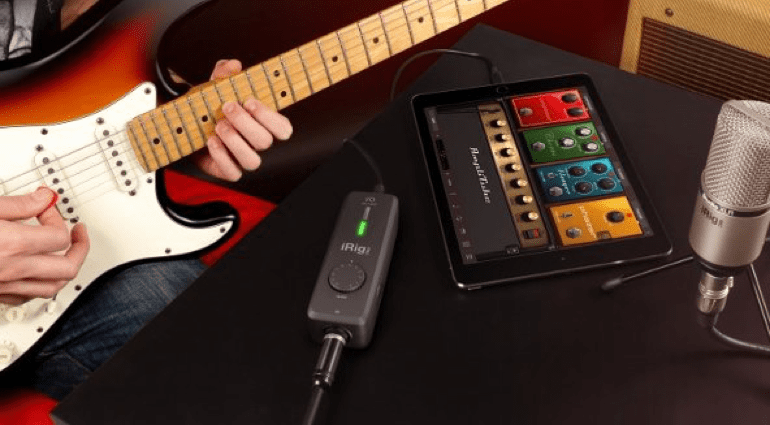 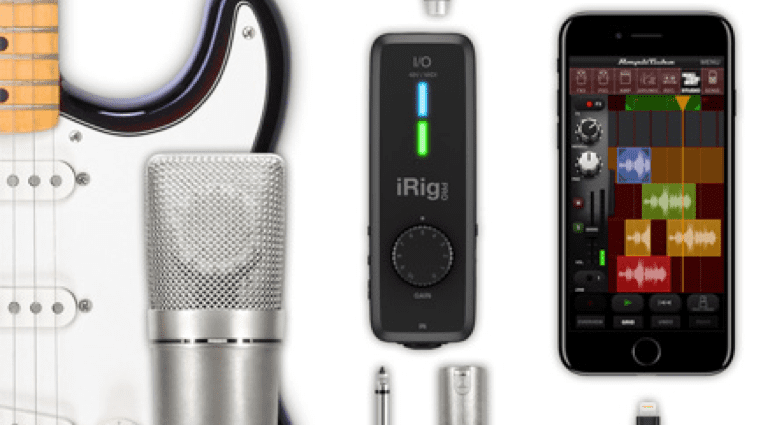 The new IK Multimedia iRig Pro I/O is a pocket-sized audio and MIDI interface with up to 24-bit/96kHz recording quality. The successor to the already popular iRig Pro and with some new features, will this new portable interface eclipse its predecessor?

IK Multimedia seem to want to give us plenty to like about the new iRig Pro I/O, what with it including MIDI, recording rates of  24-bit/96kHz and a (probably) good quality preamp. But IK have also bundled in $500 worth of softwarem including AmpliTube 4, AmpliTube for iPhone and iPad, SampleTank 3 SE and T-RackS Deluxe with Mic Room.

That makes it a sweet deal to start with, as all these packages are pretty handy. But of course, they are also supposed to act as a ‘gateway drug’ to customers buying more IK applications. 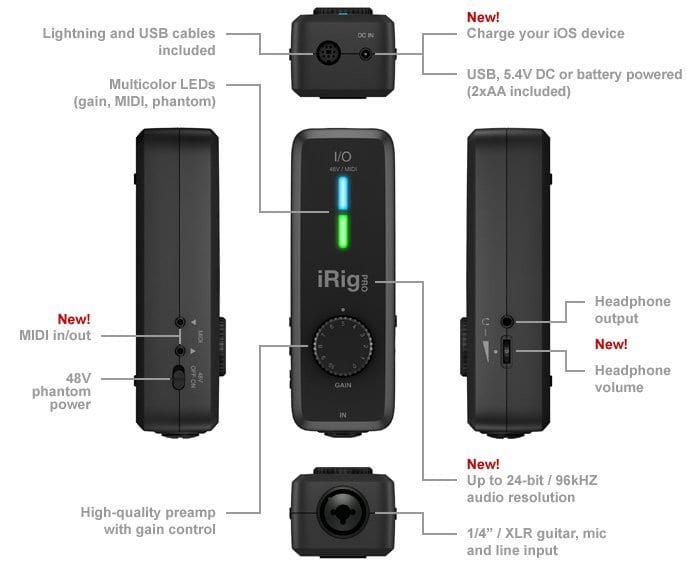 This unit does have some useful evolutions compared to the previous edition of this hardware. The iRig Pro I/O has a DC input port that, when used with its dedicated power supply unit, will charge a connected iPhone or iPad while you’re using it. That’s handy, as it means you don’t suffer from the annoying battery warning indicator flashing part way through your ‘epic guitar solo’. You can also run the unit itself off of two AA batteries, so if you are out and about you can carry on recording without the need of a power socket.

As Apple decided to ‘move forwards’ on headphone sockets with the iPhone 7, it means that the built-in 3.5mm headphone socket on the iRig Pro I/O suddenly becomes really useful for us musicians as well. The Neutrik XLR input has 48V phantom power for attaching condenser mics. Looking at the MIDI side of things, I like it that the In and Out have their own indicator lights, to let you know MIDI is flowing. This can be useful when you are busy trying to get creative and set up quickly.

All in all, this seems a timely and useful update to the previous edition, and one that Apple users in particularly might find welcome. The iRig Pro I/O is compatible with Apple iPhone, iPad, iPod Touch, Mac and PC.