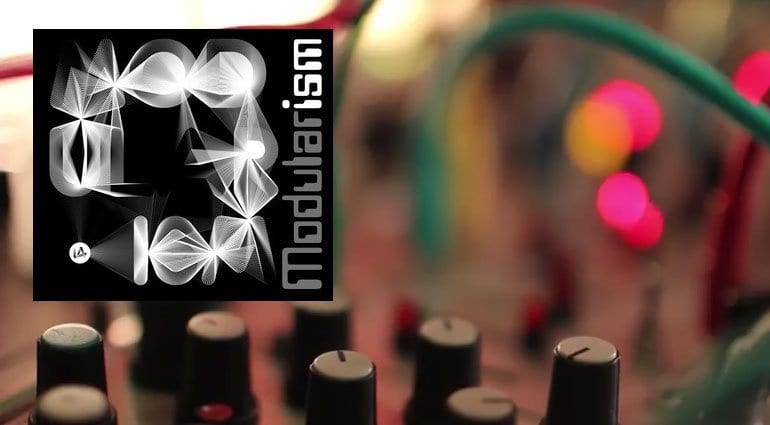 Modular synthesis is hitting its stride. It’s inspired a massive explosion in electronic based music becoming a genre-crossing modular genre all of its own. Although unless you’re in the scene it can be difficult to discover. Modularism aims to change that, collecting over 30 pieces from modular fiddling artists all over the world into an exclusive vinyl box set. In fact, it should probably be called “Now that’s what I call Modular”.

Modularism – “Music from somewhere on the spectrum”

Curated by Phil Dickson-Earle (Law and Auder Records) he had an “awakening”, like many of us do, to the world of modular music making. His response was to seek out the people behind the bleeps and noises, the magic behind the knobs and flashing lights, with the idea of putting a record together to catalogue this uniquely exciting and diverse musical happening. Modularism showcases a wide selection of styles and genres ranging from the melodic to more progressive compositions.

Modularism would, of course, be available as a download and on CD but Phil really wanted the emphasis to be on the vinyl. There’s some synergy somewhere that binds the vintage routes of modular synthesis to the fat warmth of a needle on a record. And so Phil has started a Kickstarter-style project on PledgeMusic.com to fund 500 pressings of a special, limited edition vinyl box set of six 180g records. Each one individually numbered and only available as part of this crowdfunding project.

That’s quite a line-up. For anyone who’s new to or exploring modular synthesis, finding good listening material can be daunting. Having a curated collection of tracks presented for intentional listening (i.e. on vinyl) is, for me, bloody brilliant.

The project runs for 100 days and has only just kicked off. If you’d like to preorder a slice of this fascinating, evolving and emerging scene then the 6 LP vinyl box set will cost a cool £85. If you’re not quite so dedicated then the 3CD box set is £25. The mild interest of a digital download will cost you £15 – and so would a t-shirt. Count me in and let’s hurry up and hit the target as I don’t want to wait 100 days thanks very much!

For more information head over to the Modularism project on the PledgeMusic.com website.