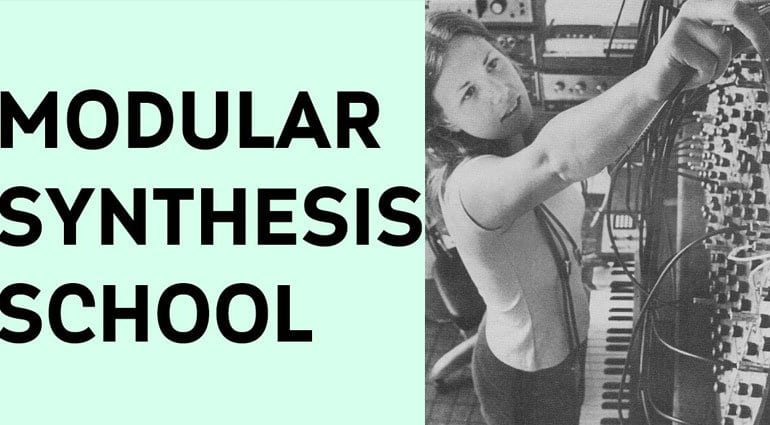 Anna Martinova, aka Tulpa | Dusha, and Nate Houk of Epsylon Records have put forward the idea of opening a Modular Synthesis School in Amsterdam. With little more than a concept, they are hoping to raise $11,726.

The money is to go towards vital equipment, modular systems, sound systems, materials for DIY lessons, books and such like. But also flight tickets for teachers and artists. I guess the idea is to attract different speakers and performers from the modular community who may not be Amsterdam residents.

The curriculum will include synthesis history, sound and electricity, recording, DAWs and playing with modular systems. There’s a heavy emphasis on DIY with lectures on building systems, enclosures, modules. They hope to bring in module creators, artists and introduce students to live performance.

The Modular Synthesis School is an extension of what they are already doing with Modular Moon. It’s a project that incorporates events and workshops with performances and the rental of gear and studio space. They have a workshop coming soon with Erica Synths. However, there’s not a lot more information about their activity so far.

A Modular Synthesis School is an excellent idea. It’s the sort of project that could attract a wide range of speakers and demonstrators. It could also be replicated in other cities in other countries and become a brand of music technology courses. At the moment it looks wildly ambitious considering the lack of evidence for what Anna and Nate have done in education so far. They have a location at the A Lab in Amsterdam and hope to open in September/October of this year (although the website says 2019). It’s all built on their own resources. The Kickstarter is necessary, they say, to “ease the tension, have a good reserve and invest it into the school”.

It sounds like they are putting their heart and soul into this project, but I fear they are not going to meet their goal because they are not communicating their passion very well. The video, which is Kickstarters main selling tool, is cool and artistic but tells you nothing about them or the project. I’d like to see Anna and Nate on camera, talking about their dream of a school, fiddling with modular and showing us what we could be investing in. I hope they get the school off the ground because it could be a fantastic resource and an interesting course – not sure that this Kickstarter campaign as it stands is going to accomplish that. But anything is possible with a good idea. Go and see what you think.

Update: I got in touch with Anna and she was able to supply a lot more background. They do have another video in the works which should help – but they have lots to do! Here’s what she said:

Me myself am a music producer, and I got into modulars about 1,5 years ago. I went to play to a festival in Russia, and on the way I visited my home country. I went to meet Girts from Erica Synths – they had a little event at this moment. This is how I met Girts and he showed me a big wall they have in there for people to try out. Later I started with DIY Erica Synths kit and soldered 10 modules on my own without having any experience whatsoever. Me personally I am rather a poet then an technician. But I felt at once in love. Idea at first was as Cafe&Synthesizers (with this idea I got into government program that helps with organization of official side of the project – taxes/official form/promotion/etc) and later transformed into Modular Moon platform and school.

About the school i was thinking during my soldering sessions and later on with the Modular Moon having questions asked I realized there must be a school for that. A school that will give the strong basic knowledge of sound in general and synthesis particularly. It toke for me 10 years of Reason and Ableton, until I actually had a chance to meet Girts. The school will be a direct door, it will help the industry to be understood and get wider, and for people it’s a great start, from where a person can evolve. It can be science, art, music, or just radio lover)) modulars generate creativity – I felt it as i was soldering)

The school must be designer as interactive place, with events, workshops, fun place. The idea is to target also teens of age 12+ too, for example, we are planning to go to schools and make a little performance there and invite kids to learn modulars.

So as you see there is many things to do. 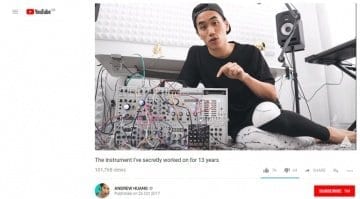