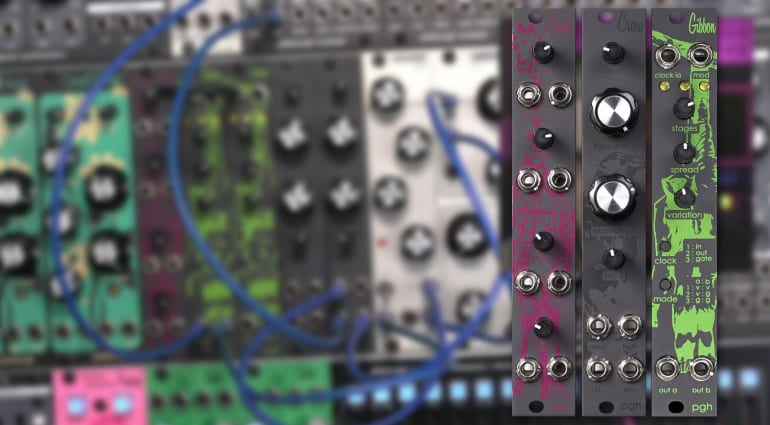 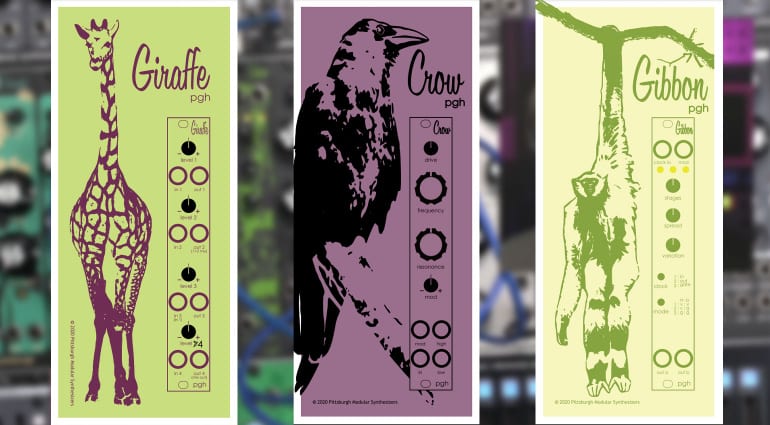 Pittsburgh Modular seem to be enjoying themselves. They are embracing creative avenues and being courageous in the release of temporary module lines that are experiments in concepts and ideas. They just want to see how well these could go because deciding whether to include them in a future instrument or module.

They are only building 200 of each and so these modules will end up being quite exclusive and illusive rather than becoming a function that everyone needs to have because not everyone can have one. It’s a very interesting way of developing and testing new ideas. I have no doubt, knowing Pittsburgh Modular, that these are solid modules with useful features and not some kind of casual idea that may or may not work, so get them while they’re hot. 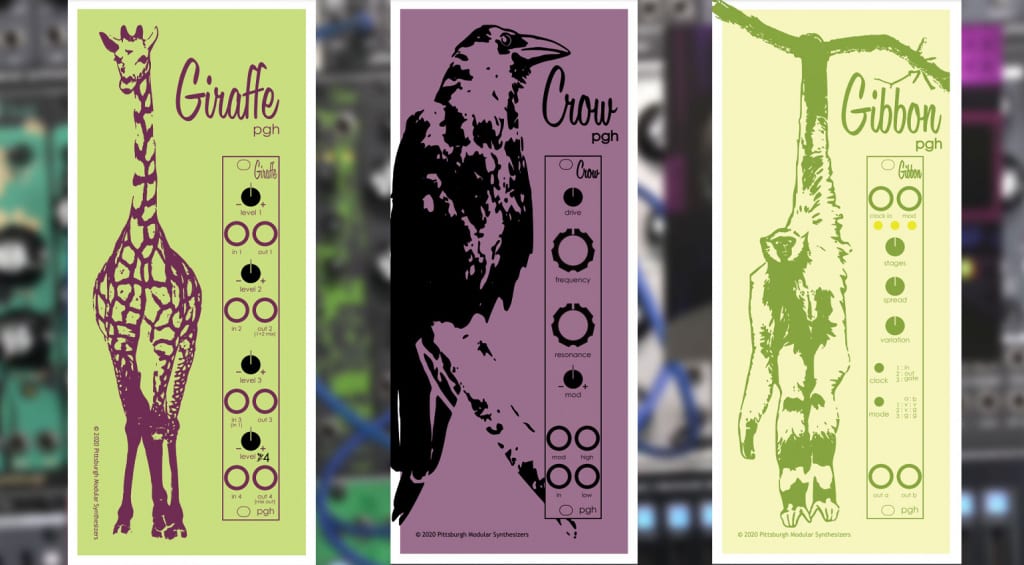 It’s a 2+2 mixer with attenuverters packed into 4HP. Pretty simple, very small, quite useful. It can run on audio or CV and be split into two 2-channel mixers and you can have either audio or CV in either. You can pull out channel 1 or 3 to act independently by patching its output.

Apparently inspired by being surrounded by a murder of crows at Yoyogi Park in Tokyo to see how far they could push their overdrive circuit. Crow is a menacing filter and custom overdrive module. The filter is a version of their 12dB state variable filter with high and low pass filter outputs. The overdrive can take the sound from buttery smooth to punishing noise without sounding harsh.

This one is inspired by the Buchla random source and generates 2 channels of randomness from random generator functions similar to an analog shift register. It’s all based on the willingness of a value to change when prompted by the clock and so there’s always a chance of a new value. The two outputs can be gate or CV depending on what way you want to go. The results feel evolutionary as the pattern changes and wills itself towards chaos.

These seem useful, fun and a bit fruity. A growly filter would be a good addition to any system and the Gibbon pattern generation sounds very interesting. The fact that they are all 4HP is great for smaller systems and just for sneaking things in there. It’s a shame that these will be short lived.

You can buy the set for $339 or pick up Giraffe, Crow and Gibbon for $79, $149 and $149 respectively. This is just Series 1 – I wonder what Series 2 will feature? Check out the video below where Richard Nicol takes you through all three modules in detail. 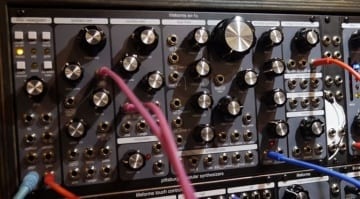 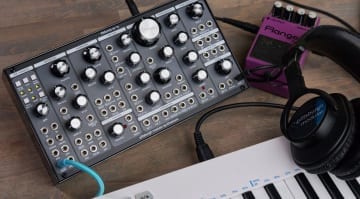