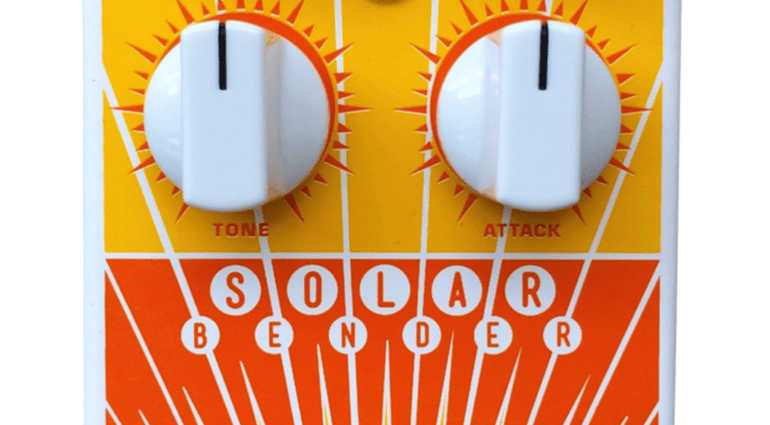 The original Tone Bender MKII Fuzz is one of those sought-after fuzz pedals that commands very high prices on the second hand market. It’s often hard to find one in good condition and they are often old or noisy with failing internal components. However, many players love the originals as they are really sensitive to playing style, dynamics and volume control adjustment.  All these factors together result in a sort of ‘Holy Grail’ thing about these units in fuzz pedal terms. 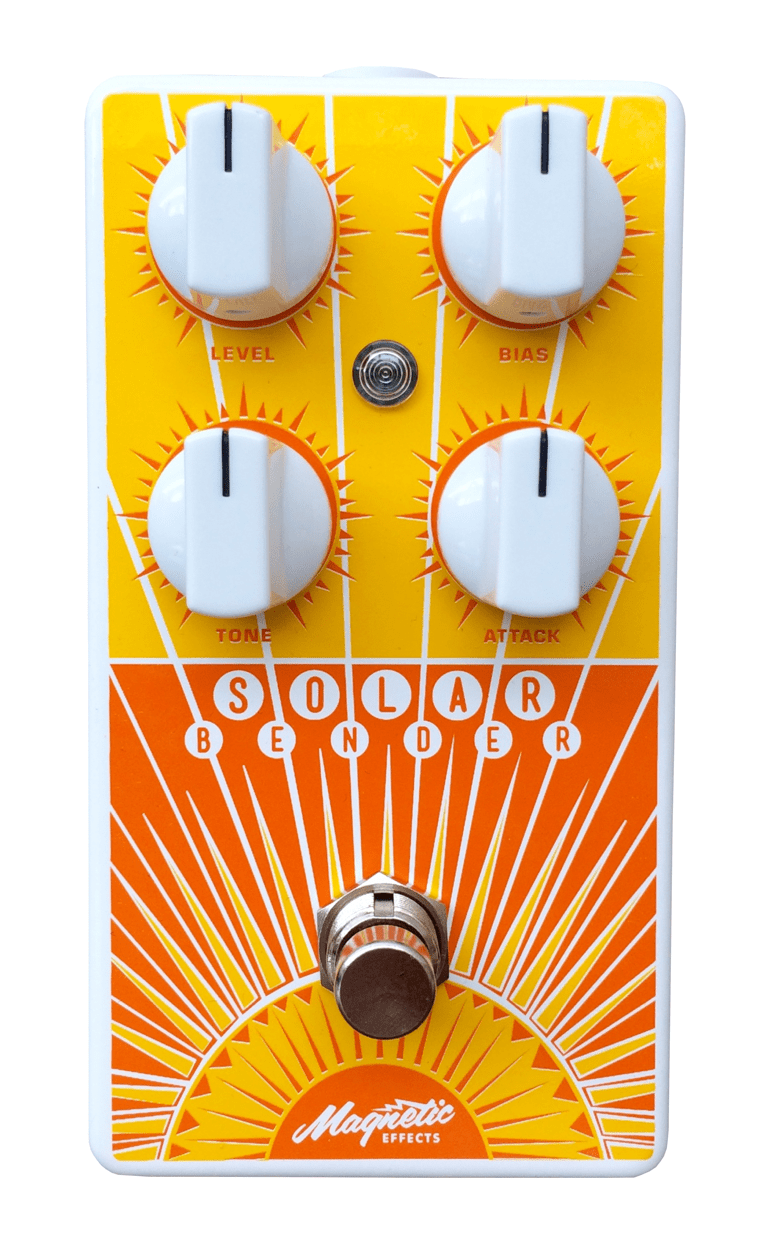 Magnetic Effects have have hopefully solved some of the old issues that those original 1960s fuzz boxes suffered from. They have, for example, designed this version to use a regular power supply, as the originals only really worked from a battery. They also claim to have solved the issue with temperature changes that the old units suffer from. They also state that the pedal is “buffer friendly”.

In terms of controls, it’s all pretty simple, with controls for Level, Attack, Bias and Tone. The unit has nice big white knobs for dialling in your fuzz tones.

The original Tone Bender MKII is known for its lovely singing sustain and smooth, saturated fuzz tones. The demo below gives a good indication that the Solar Bender V2 has that same DNA and character associated with the originals.  Of course I will have to reserve judgement until I get to try one out at volume, but the demo, to my ears, sounds good. Half the battle with fuzz pedals is getting them to react to your playing dynamics and volume of your guitar, so we will have to wait until some reviews hit the web from players that have tried them.