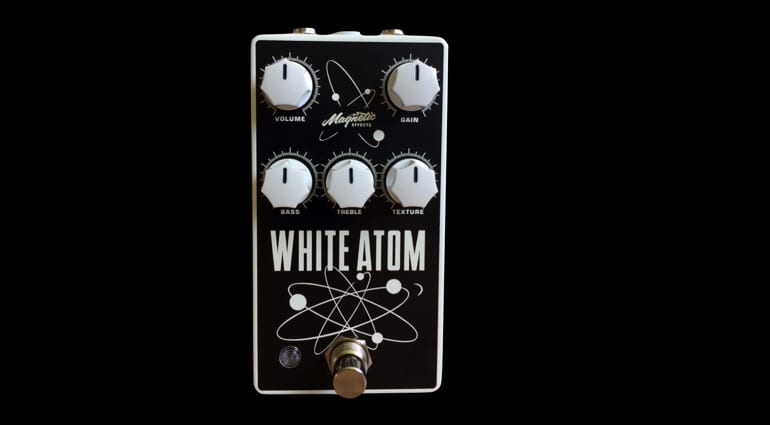 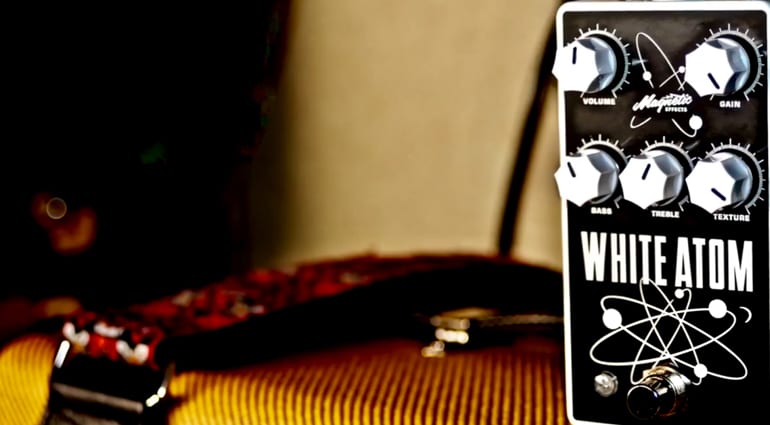 Magnetic Effects has updated its White Atom fuzz pedal to a new version for 2018. V3 adds a new control, and the people at Magnetic say the EQ has been “refined”. These pedals are hand built in the UK and designed to be as pedalboard friendly as possible.

The Magnetic Effects White Atom V3 features an updated circuit design and now comes with a tweaked EQ response and an active Bass control added. There are now five control knobs labelled Volume, Gain, Treble, Bass and Texture. The Texture control changes the feel and response of the fuzz.

When combined with the new active Bass, Treble and Gain controls it should allow you to dial in vintage style overdrive all the way through to more velcro-like saturated fuzz tones, according to Magnetic Effects official description. 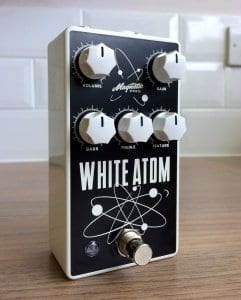 The White Atom has a high input impedance, combined a low output impedance. This should make the White Atom more compatible with buffered bypass pedals as well as pedal switchers and even wireless systems, which can often be an issue for your average ‘regular’ fuzz pedal. Magnetic Effects claims that this will also allow the pedal to interact well with modulation and time-based effects.

If this all works out in the real world, it would make the White Atom V3 a pretty pedalboard friendly fuzz that should play nicely with all your effects.

The White Atom has both Silicon and Germanium transistors, which Magnetic says are individually tested to make this fuzz sound as good as possible. The White Atom is certainly capable of some great fuzz tones. Check out their official demo video below to get an idea of what it can do.

The White Atom has top mounted jacks and is also true-bypass, has reverse polarity protection to stop you accidentally frying it by using it with the wrong power supply and can run from either a 9V DC adapter or a battery.