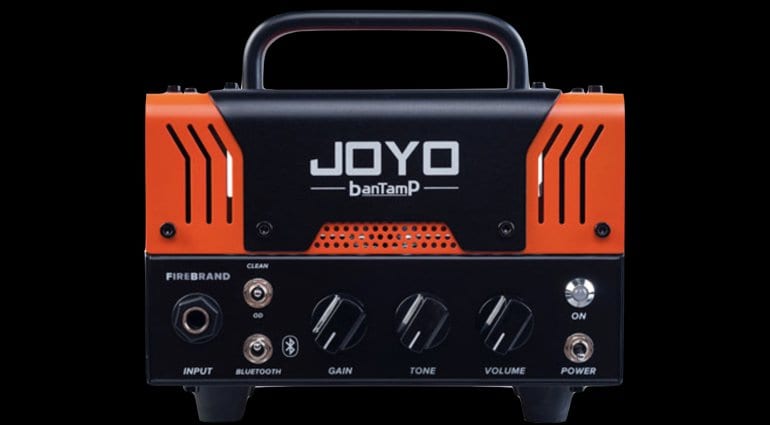 Joyo Audio has just launched a new model in its BantAmp range, the Firebrand. It’s a lunchbox amp head tuned to a modern high-gain distortion tone and given its diminutive size has plenty of useful features.

The preamp on the FireBrand consists of a JFET plus a single 12AX7 tube. These two elements give this lunchbox amp enough gain for most applications, and it certainly seems to have enough for crunch and singing lead tones. The power amp section is solid state Class D with 20 Watts of output power, so have enough volume for most players. 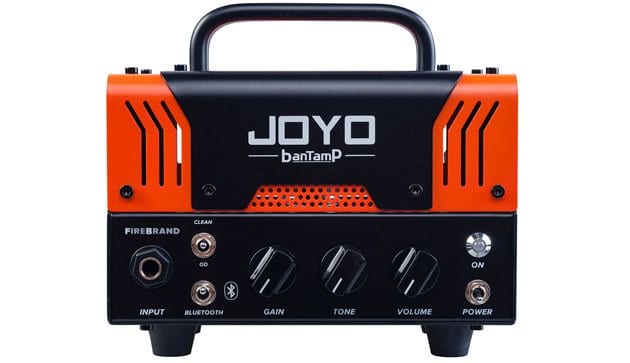 Like the other amps in this range, including the Atomic and the Jackman, it manages to squeeze in twin channels, an FX loop, Bluetooth, Headphone output and Aux input – despite its small size. The controls are the same super simple set we’ve seen on the other models in the series, with Gain, Tone and Volume knobs on the front panel along with a switch to choose from channel Clean or Gain channel. Finally, there’s also a switch to turn the Bluetooth on when it is needed. The difference to the other models is JFET preamp component and the core tone aimed squarely at high-gain US-style metal.

Given the size and price of these heads, you are getting a more than decent list of features. Whether you are recording, practising or gigging, this little amp head has something for everyone.

The FireBrand head should be available soon. Check out the official Joyo demo video below to hear it in action. 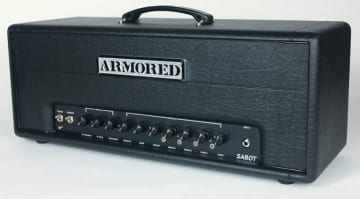