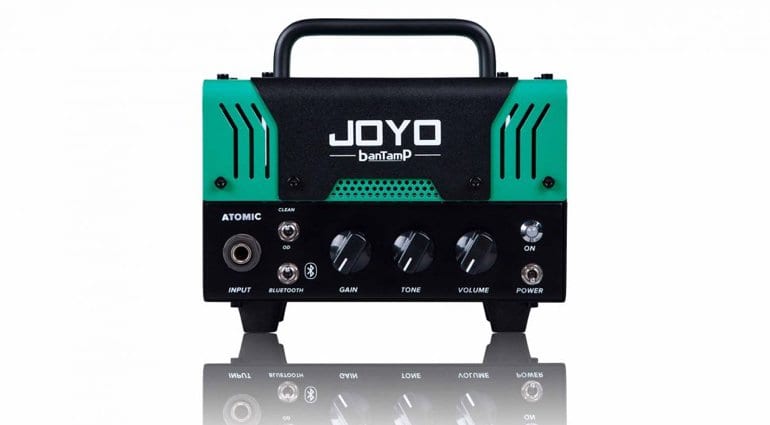 Following on from its series of micro amp heads, this latest release is again yet another British-flavoured 20W amp head based on the 12AX7 tube. We understand this effort is based upon a Vox Ac30, rather than the Marshall of the Jackman model.

The amp is powered by a single 12AX7 valve. 20 Watts is enough to drive most cabs via the speaker output rated at 8Ω, so this box could be a contender for players that need to travel light. The Bluetooth capability allows you to stream audio to the Atomic for, say, playing along to a backing track.

The controls consist of Gain, Tone and Volume, which is all you really need on a tiny amp like the Atomic.

There is no denying that JOYO makes some seriously cheap guitar equipment. This BanTamP is so low in price that you can almost justify buying a few different ones and keeping them at hand for when you need different amp tones. I think the series as a whole is well thought-out. Time will tell if they become a success, but I really cannot fault them for the money.

Not only do these tiny amps have an effects loop and enough control to dial in some decent tone, JOYO has even managed to squeeze in Bluetooth connectivity – and still give them valve-powered 20 Watts of output.

I’d like to see BOSS, Blackstar, Marshall or Vox do so much for so little!

Check out the official demo video below.