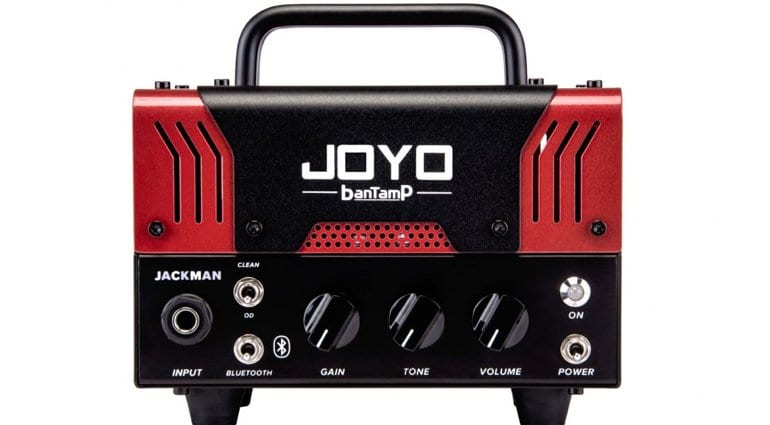 A single 12AX7 valve powers this micro head and supposedly delivers a very Marshall-like rock sound. The 20 Watts is enough to drive most cabs via the speaker out rated at 8Ω, so this box could be a contender for players that need to travel light. I love the design and on first inspection it looks clean and very well laid out.

You can also buy the VIVO –  a ‘Brown Sound’ style amp, meteOR – an Orange clone,  zoMBie – a MesaBoogie clone,  AtomiC – an AC Vox Ac30 clone and the BlueJay – a Fender Blues Junior, each version has the same features and compact size of the Jackman. They are so small you literally fit each in your hand. 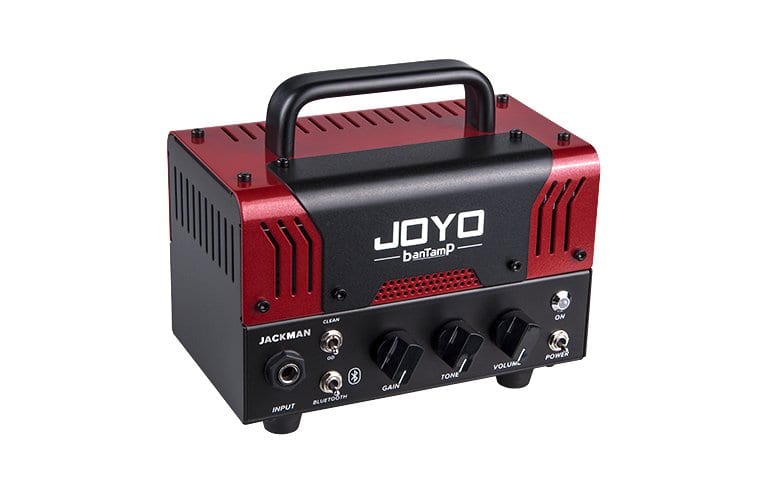 Its diminutive size is certainly appealing and despite the simple control layout consisting of Gain, Tone and Volume you should have enough control to get near the sounds you are after. I find it impressive that they managed to squeeze in two channels, letting you switch between a clean or driven tone via the toggle switch on the front of the BanTamP Jackman.

The front panel crams a lot in, considering how small it is.

What also amazes me is how they managed to cram in an effects loop, a headphone out (with an emulated speaker cabinet output) and also added Bluetooth connectivity as well. The Bluetooth allows you to feed in backing tracks from your smartphone for example, so makes this a very handy little head for working out new songs. 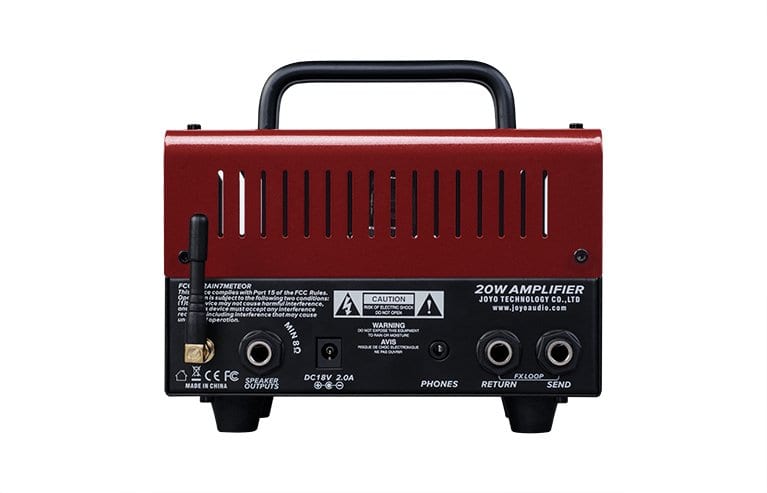 The back panel manages to squeeze in an effects loop as well.

There are a lot of useful features here for such a budget amp head, especially when you see the price! I’ve seen overdrive pedals cost more and not even boutique hand-wired ones (they would be far more expensive).

The BanTamP Jackman comes with its own 18 Volt power supply and the whole package only weighs 1200 grams, so you could literally carry this, a guitar, a few cables to rehearsals or a gig and use a cab at the venue.