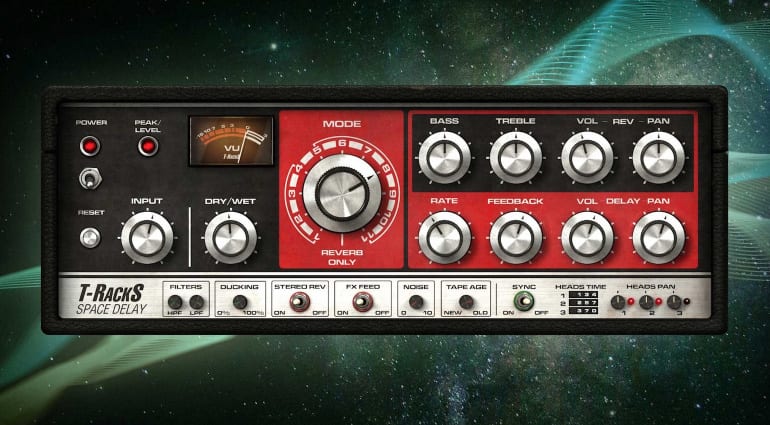 The Roland RE-201 Space Echo has been brought back to life for the digital realm before. However, this is the first time IK Multimedia has come up with its own take on the venerable delay. The new Space Delay plug-in mimics the legendary unit, and is integrated into the company’s T-RackS mixing and mastering software platform.

Owing to a mix of dynamic convolution and physical modeling technologies, the new IK Multimedia Space Delay manages to capture the Roland Space Echo in all its glory – complete with its three playback heads, variable speed motor, and spring reverb. The original unit is well-loved for its “potentially unpredictable delay that is warm and gritty sounding”, as well as its self-oscillation capabilities, which can be further manipulated using the onboard controls. The plug-in is able to recreate the original’s subtle space and coloration, all the way to endless swells and echoes.

It has a familiar layout, with controls for Rate, Feedback, Delay Pan, Reverb, tempo sync, along with the unique head timing and panning features.

Updated for the modern producer

Of course, IK didn’t just stop at cloning the Space Echo. The company added several bits of functionality to the plug-in to aid modern producers. These include a stereo operation, high and low-pass input filters, a ducking feature, and lo-fi effects (unit noise and tape age). 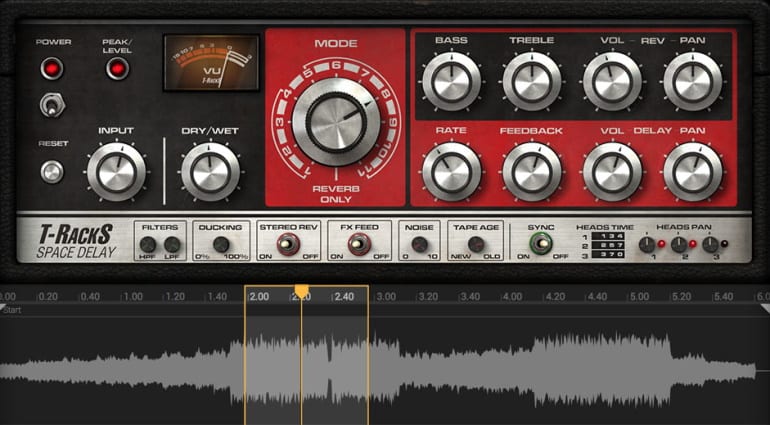 The IK Space Delay is available now from the T-RackS Custom Shop, the IK Multimedia online store, and from IK dealers. It can be used as a single plug-in, or racked up inside the T-RackS software shell, although owning T-RackS 5 is not compulsory. The price is EUR/USD 99 sans sales taxes/VAT. Or, if you’d like to try it out before parting with your cash, there’s also a free 14-day trial version available. 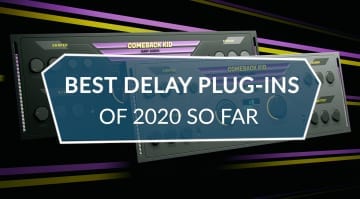 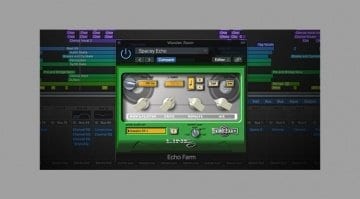