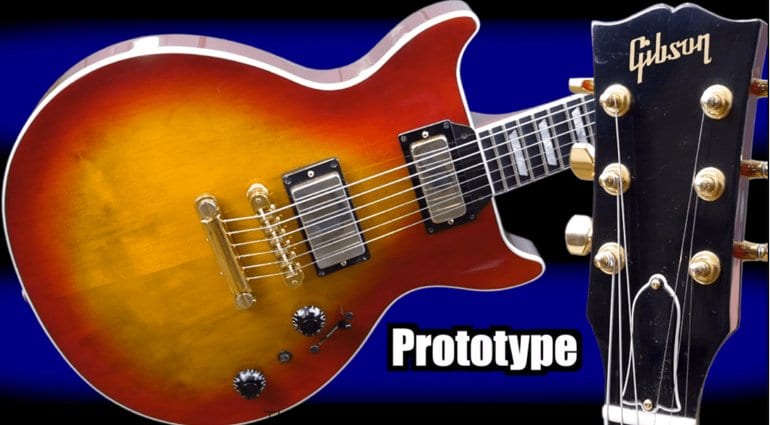 Back in the late ’80s and early ’90s Gibson was trying to fight off the competition from newcomer PRS and one of their ideas was this experimental prototype DC Standard Pro that has just turned up on YouTube’s Trogly’ Guitar Show channel.

Trogley’s Guitar Show has just posted an interesting new video on his YouTube channel featuring a relatively rare Gibson from 1992. This experimental prototype DC Standard Pro was a designed by the Gibson’s Custom Shop (well, a year before the Custom Shop officially formed) and was their answer to the onslaught of competition from relative newcomer, USA guitar maker Paul Reed Smith, who was probably losing Gibson a lot of customers with his PRS Custom models. 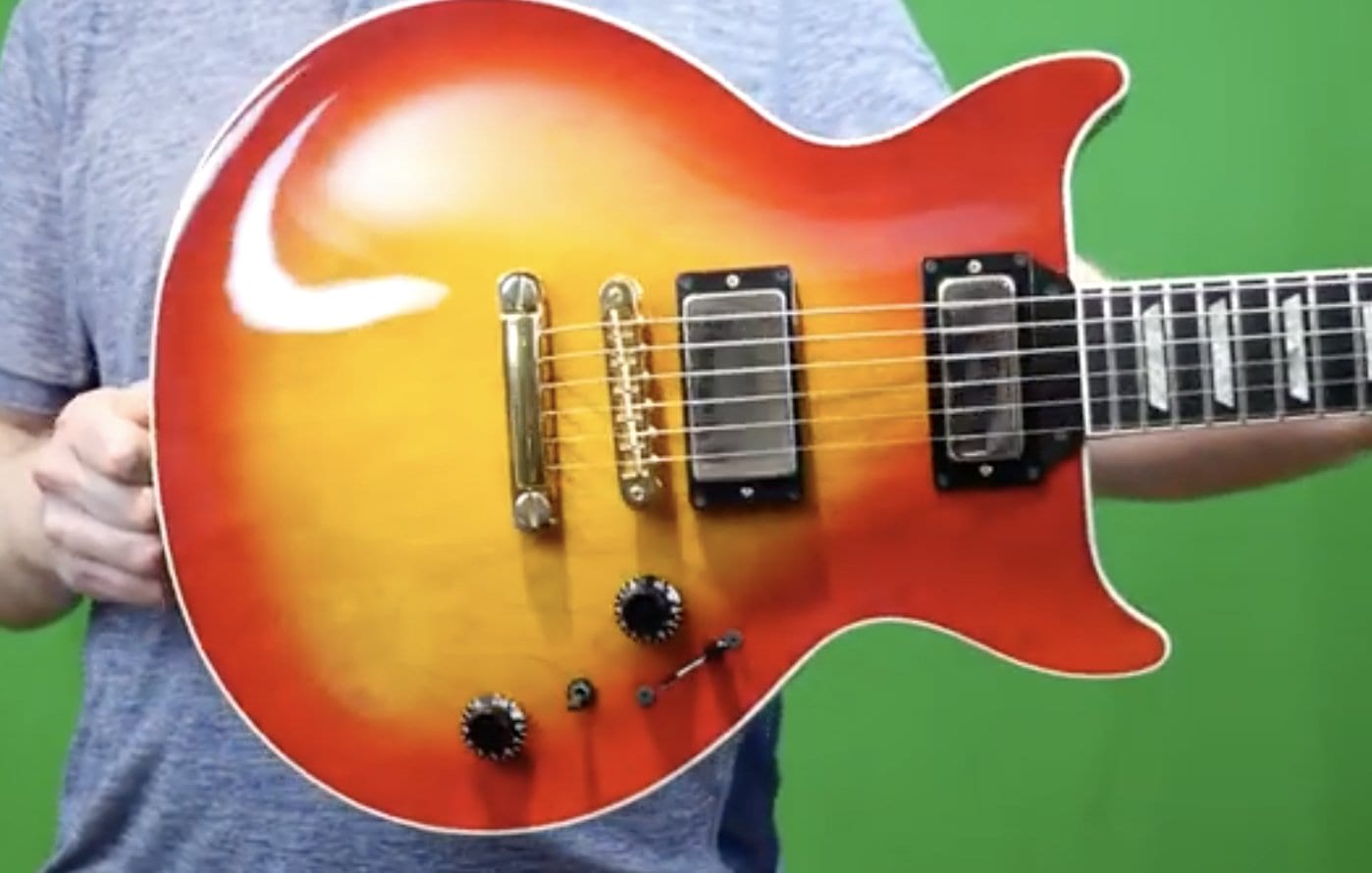 This prototype is a chambered mahogany, double cut body design, with a maple cap. The mahogany neck has an ebony 22 fret fretboard. With an interesting pickup combination of a Firebird style mini-humbucker in the neck and a full sized humbucker in the bridge, both of which have no pole pieces showing.

It then has a Single Volume and Toine controls, combined with a three way blade switch and a three-way mini toggle switch that can act set the pickups for either a kill switch, a phase switch or a coil split.

It has a plain headstock with just a Gibson logo in the top, but no markings other than this, so no mention off Les Paul or Double Cut anywhere on the truss rod cover etc.

Certainly an interesting guitar, one that led to the release of the Gibson Les Paul Double Cut model some years later and one you can hear more about in the video below. Maybe, we will see something like this again in now that JC has taken over control of Gibson, but I doubt it.

Though it does seem like every time anyone is going to try and save Gibson they bring out a double cut design like this one or perhaps this more recent one, interesting…

Actually, Gibson produced a limited run of a PRS “inspired” model through Epiphone known as the Spotlight for a year or so. It was discontinued in 1988, allegedly due to a lawsuit. It’s an amazing guitar, but hardly anyone knows about them. I’ve used mine since it was new, and got rid off all my PRSes.

I can’t get to either sites you’ve put a link to… can you help me dude?