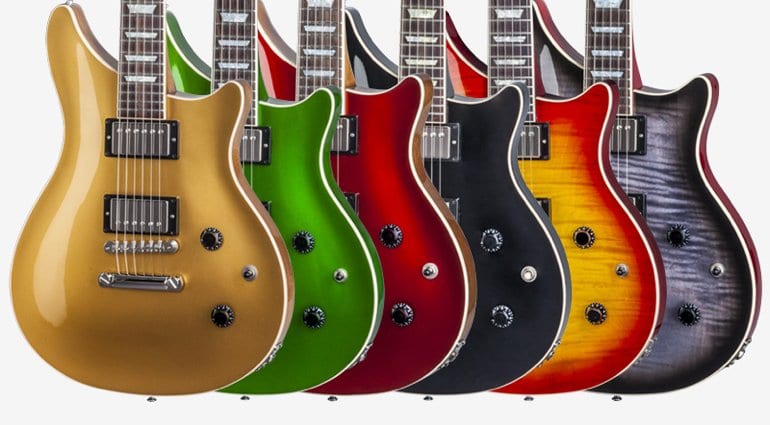 The new Gibson Custom Modern Double Cut Standard – which we caught a tantalising glimpse of back at the beginning of the year during the CES Show – has finally been released. And the specs look good, too! The ‘mystery’ guitar wasn’t even shown at the NAMM Show, leaving everyone guessing what it was. Now all is revealed…

Coming in a hectic week for Gibson that saw the release of new ‘tuxedo’ Custom models and Painted-Over finishes, these guitars are perhaps the most exciting news.

First off, let’s have a look at the overall design. This new double cut looks really good to my eye, and I also like the new colour choices on the official Gibson product page. You can get one in either Bullion Gold, Metallic Alien Green, Candy Apple Red,Ebony, Heritage Cherry Sunburst or Sterling Fade. 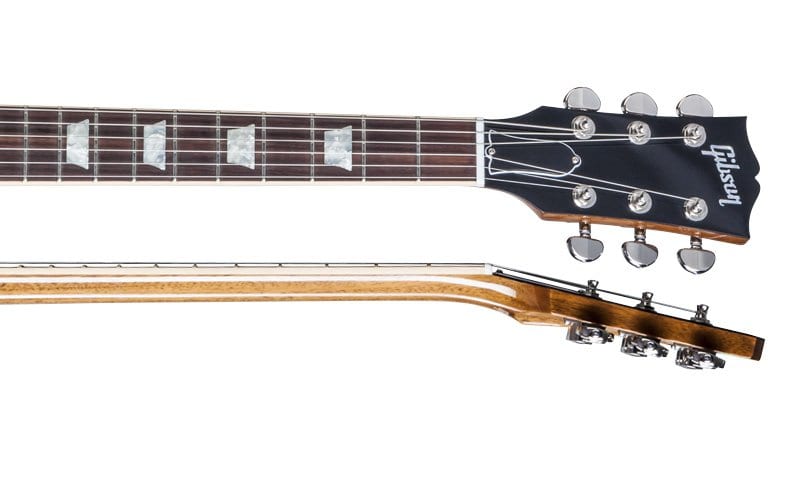 These instruments feature 24 frets on a 12″ radius rosewood fretboard, an extra-long neck tenon and handy double-cutaway profile for better upper fret access. There’s also something called the Apex headstock carve (looks a bit like a volute). It’s all a bit of a departure from the usual double cut designs and Les Paul single cut designs we associate from the Gibson brand, but I personally think that they look great.

A mahogany body with a two piece maple cap is more traditional Gibson and they of course have a nitro lacquer finish as well. Hardware again looks more traditional as well, with twin humbucking pickups and ABR-1 bridge and Grover tuning pegs all in a nickel finish.

Those pickups are a pair of 57 Classic Plus in the neck and a 57 Classic bridge pickup and are wired to a 500K CTS volume Pot, 1 500K CTS tone pot with a hand wired harness, and a single Switchcraft toggle switch. 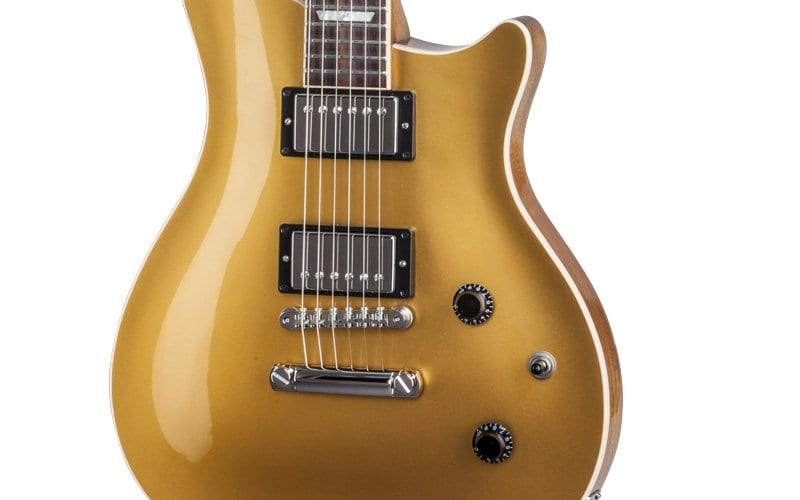 Simple, but effective control layout and a pair of 57 Classic/Classic Plus humbuckers.

I think these look really nice and I hope they can help Gibson get back on track with their guitar designs and I really think they could be very popular, so cannot wait to hear some real soon. They aren’t cheap, but you have to remember they are all hand made in the USA and so if quality control is good, these could be great guitars. For now it is a limited run according to the Gibson official web page, but you never know these could become a permanent fixture in the future.