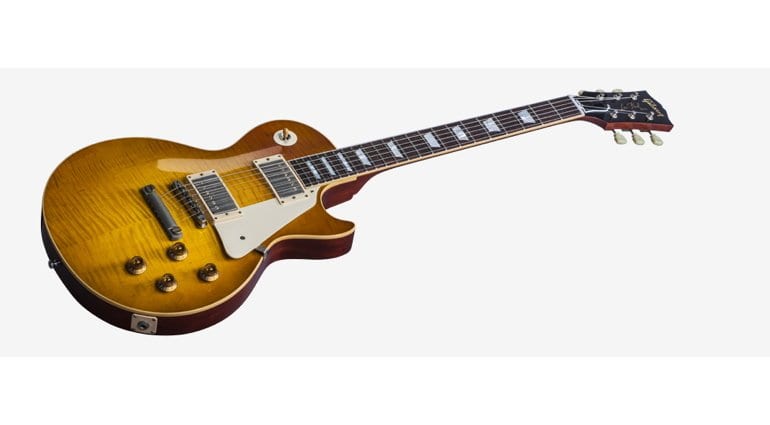 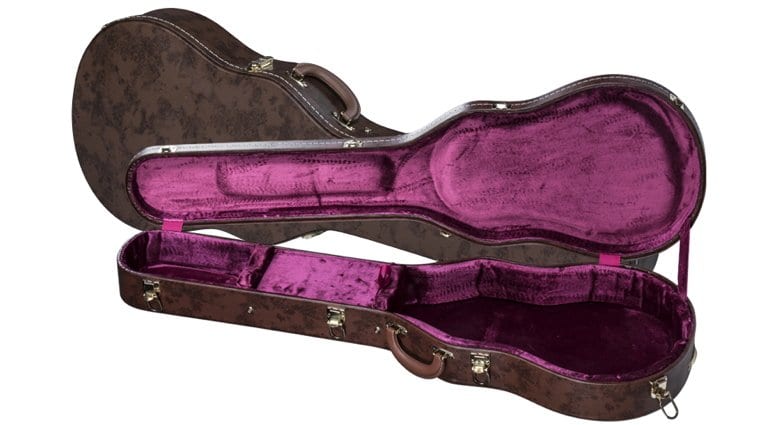 Mark Knopfler is one of those living guitar heroes who could pretty much have any guitar he wanted. Gibson has made him a limited run signature Custom Shop Les Paul ’58 based upon his own ’58 LP.

Of course, we’ve all seen the dodgy ’80s MTV anthem with a younger Mr Knopfler playing his trusty Les Paul Standard whilst wearing a really tasteful headband… Well, no matter what you feel about Mark’s taste in headgear, you have to admit the man is a great guitar player and can coax some beautiful sounds from a bit of wood and some wires.

Mr Knopfler has been playing his original ’58 since the early ’90s and it has become a staple part of his sound ever since. Though he has owned many Les Pauls before, he has evidently bonded with this particular one. If you are a fan of his work, I’m sure will know this already. It is worth having a look at the video below just to see how excited he is by this new release.

This certainly is not a case of ‘money for nothing’, as this ’58 Les Paul does look very close to Mark’s original instrument. I think it looks really good, using a classic singlecut colour scheme. Gibson are only making 300 of the signature models, with 50 of this run hand-aged by the Gibson Custom Shop and then signed by Mark. Another 100 will be aged, but won’t have the signature. The remaining 150 will get an aged gloss finish, but won’t actually be ‘hand aged’ to the level of the others.

This instrument has the usual classic vintage Les Paul spec: long-tenon neck joint, Indian rosewood fretboard (as they cannot use Brazillian rosewood any more because of CITES regulations), aniline dyes and hide glue. Obviously, there’s also the aged hardware and finish on the limited versions. The pickups are Custom Bucker PAF-style ones, the tailpiece is an aged lightweight aluminium one. This guitar has Gotoh Deluxe single band machine heads.

Personally, I think it is a lot of money, but at least you know it will be an investment as Mr Knopfler is a living legend. It is such a limited run that it will only push prices up once they are all gone. But I’d be scared to gig with it myself and wouldn’t want to pay that much for a guitar and not actually play it all the time.