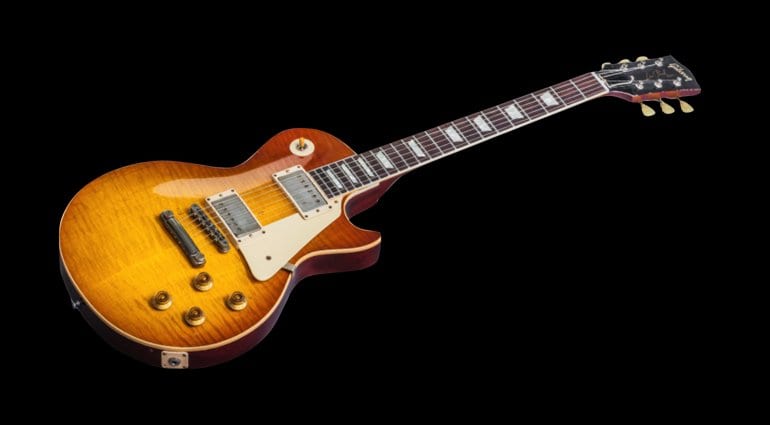 The Gibson Custom Shop has recreated British rock legend Mick Ralphs’ 1958 Les Paul Standard and, as ever, they have copied every minute detail of this old burst to make it look like the real thing.

Poor old Mick isn’t well, so it is a pity he isn’t around in person to tell us more about this new recreation of one of his old Les Paul guitars, which would have been used on some of his most famous recordings. Having played in both Mott The Hoople and Bad Company Mick is a bit of a British rock legend and, of course, is well known as wielder of a classic LP Standard.

The Les Paul Standard that served as the model for this reincarnation is Serial number 8 7049, and dates from 1958. It’s no longer in Mick’s possession, instead owned by a ‘guitar collector’ (which is a crying shame). This kind of instrument is more an investment than a playable guitar nowadays, which I find is often the case with old classic Les Paul guitars, but you can’t blame people for not using them.

This guitar is part of the by now long-running business model for the Gibson Custom Shop: a limited edition of an aged, guitar associated with a particular artist. They know someone will want to buy into some kind of ‘mojo’ and so it will sell to a collector somewhere and be used as an investment. 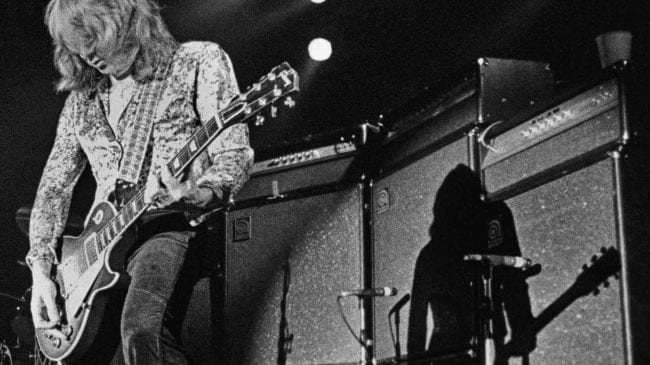 You can tell how great this guitar sounds by watching the official Gibson video below. The video where nobody actually plays the guitar and Mick’s son just looks at it and waffles off some things his father remembered about it.

The guitar is loaded with a set of Alnico III Custombuckers which seek to replicate the classic PAF tone of the old 1950s Les Paul instruments and has been aged, to make you think it has seen a million faces and rocked them all.

It looks like a nice guitar. Such a pity Mick isn’t very well and couldn’t put it through its paces for us, as he would have made it come alive. I’ve included a video below he did for Gibson in 2015 and you can hear how passionate he is. Legend!