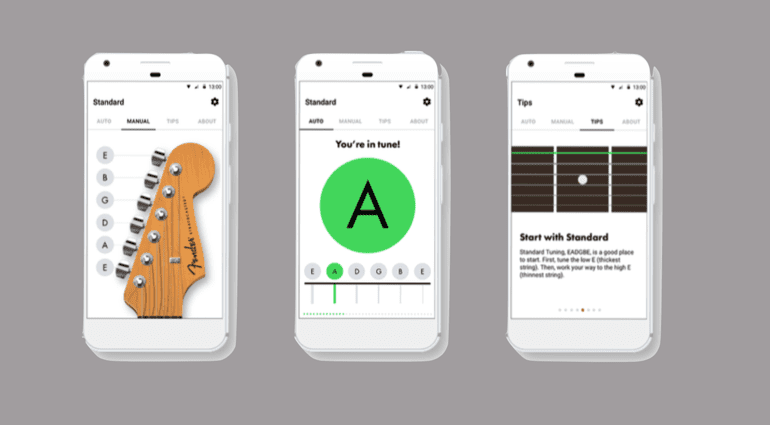 Fender’s free Fender Tune App was released today – finally – for the Android platform. Initially released last year only on Apple’s iOS, you can now get the free tuner application for your Samsung, Nexus or Sony via the Google Play Store.

The Fender Tune App is free, so you can’t complain about the cost. We wrote about it back in August last year when it was released for Apple iPhone in fact.

As an Android Samsung Edge 7 owner myself, I was keen for this release to happen, as I prefer Android as a mobile phone OS myself. I downloaded it earlier today and will say it does exactly what it says it can. This includes tuning in different tunings of course.

I found it has a very easy to use interface which is clearly laid out and you can see the light turn from yellow to green and a “Hold It There” message comes up as you hit your target note. 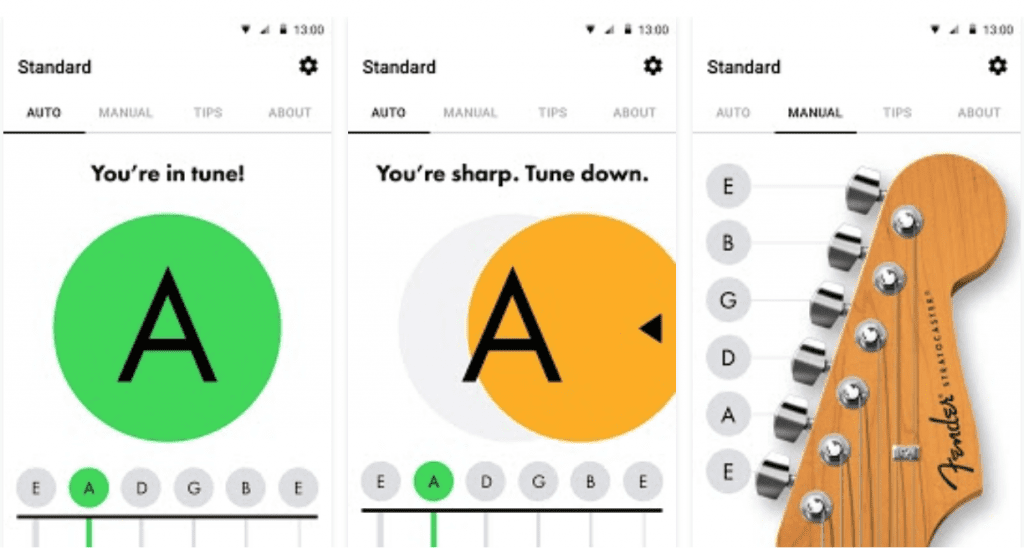 There is also a manual mode, in which the app plays a reference tone for each string. A useful ‘Tips’ section gives things like Tone Tips and Amplifier Knobs as options, which are great for beginners.

The tuner itself has 22 tunings available including; Dropped D, DADGAD, Open G, Dropped C and of course Standard. It seems to work fine on guitar or bass. As long as you aren’t in an environment that’s too noisy, the built-in microphone on your smartphone works fine.

Fender Tune is available from the Google Play store as of today, or you can click (or tap?) on the link below to get your copy now. 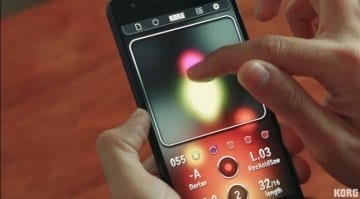