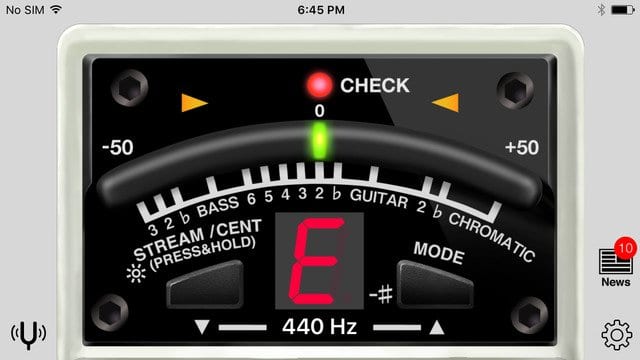 The Boss TU-3 tuner I would say is probably one of the biggest selling tuners in the world and has a reputation for just working. Now, anyone with an Apple iOS or Android device can have a free virtual one in their pocket.

Available for free and using your smart phone, iPod Touch or tablet, this Boss virtual TU-3 is a handy little tuner to have as it can be used to check your tuning on your guitar, bass or any stringed instrument, including banjos and mandolins too!

It has the same familiar Boss pedal layout of the original pedal with a clear and easy to read display that gives you a digital needle readout combined with which note you are aiming for as your readout. The App also features a tuning fork reference note mode and has the ability to tweak all the tuners settings from the usual Concert Pitch 440Hz and even lets you calibrate the sensitivity of the App.

I like that Boss have included an in-built manual for the virtual TU-3 as well, because it explains how to use it and how to set it to different modes. So if you need to work outside of regular Standard Pitch then you can easily find out how by having a quick peruse of the built-in manual. I had a quick glance through myself when I first downloaded it and think it is really handy to have it built-in and on hand.

I have downloaded it on my old Sony Xperia Z2 and it works perfectly, and have even tried using it on my bass guitar and it tracked well with that one as well. I haven’t got a banjo, so unfortunately I couldn’t vouch for how well it would work with one, but I presume it will be fine with most instruments. I will be trying it out later on my old iPhone 6 as well, as its always handy to have a spare tuner laying around.

You can download it for free now and try it out yourselves. 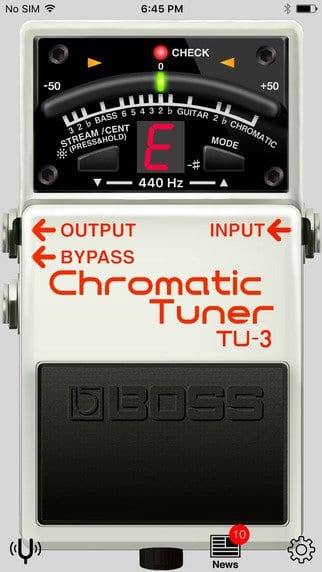