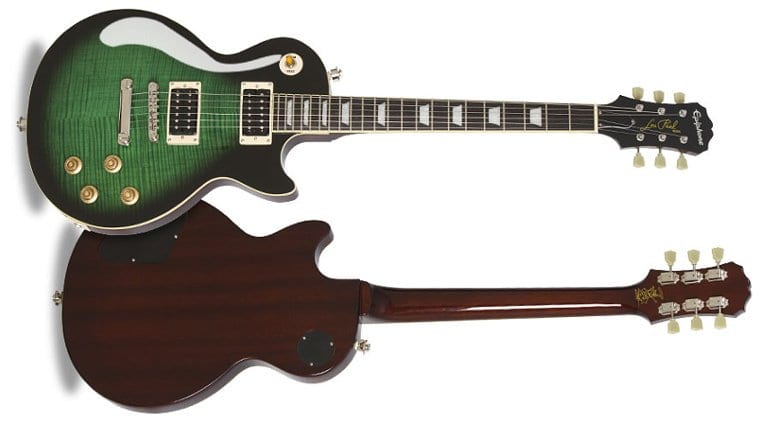 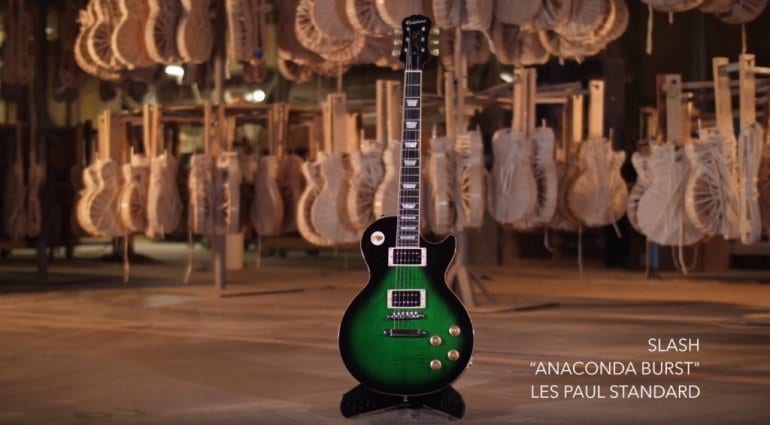 Epiphone has just presented its new Slash ‘Anaconda Burst’ signature Les Paul, based on the Gibson version from last year. As with last year’s models, you can get a limited edition version for an extra fee that’s been signed by the man himself.

Available in two versions, this latest signature Les Paul model is available in the Anaconda Green finish. It has a hard maple carved cap with an AAA flame maple veneer applied to it. While it looks the part, it costs a lot less than the US-built Gibson version.

Both models come with a weight-relieved Mahogany body to stop it breaking your back and giving you a sore shoulder, so these should be comfortable on the strap when gigging. Both sport an ebony fretboard with 22 medium jumbo frets, avoiding CITES regulations on rosewood. So no issues with selling across international borders there.

Loaded with a pair of Seymour Duncan “Slash” humbuckers for a nice rock tone, this guitar also has Sprague “Orange Drop” capacitors on the tone controls. Personally, I think this smacks of snake oil, as capacitors don’t really add much in the way of ‘tone’ to a guitar’s signal. But many argue that they do, so I will let you make up your own mind about this.

For a $300 surcharge, you can buy an instrument signed by the hand of Slash himself. It also comes in a Slash “Skull & Tophat” logo hard case and includes a custom leather strap as well. That’s a lot cheaper than the US version from last year, which cost $1500 dollars more!

The signed version is limited to 100 guitars worldwide, so if you are a G’n’R or Slash fan you may want to stump up the extra cash and hunt one of these down.

It’s a pity Gibson/Epiphone won’t be at NAMM this year, as we would all like to see these. 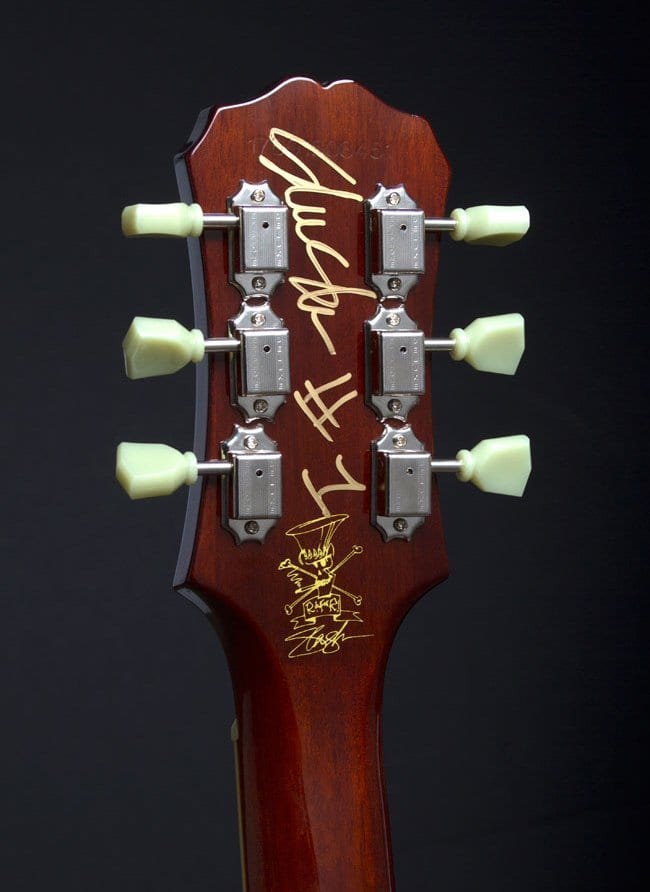