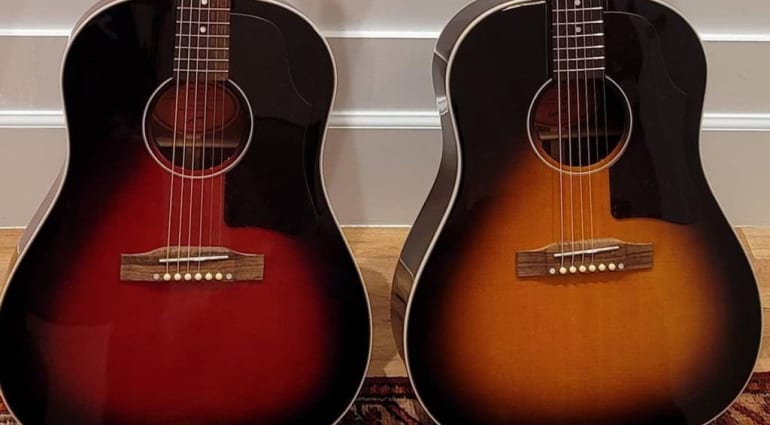 Slash recently shared an image of two of his Epiphone J-45 signature acoustic guitars, finished in Vermillion Burst and November Burst, on his Instagram page. This is already the second time this year that he has unveiled his signature guitars on the social media platform, following on from his recent Epiphone Slash Les Paul models reveal.

The Guns n’ Roses guitarist has shared two new signature Epiphone J-45 acoustic models via his Instagram account. The guitars have Vermillion Burst and November Burst finishes, and look similar to the Gibson release which was launched during NAMM last year. After the announcement earlier today of a load of Gibson, Epiphone and Kramer models via a YouTube channel leak, it has been quite a day for signature model releases.

Presenting the Epiphone Slash Signature J-45. & they will be available in stores very soon! iiii]; )’ – Slash

No specifications or prices just yet, but I am sure they will all surface officially quite soon. Hopefully the model will follow some of the basic specifications of the Gibson version, but at a fraction of the cost of the US made version obviously.

Let us know what you think of these new Epiphone Slash Signature J-45 models. Will you be adding one to your cart when they become available?