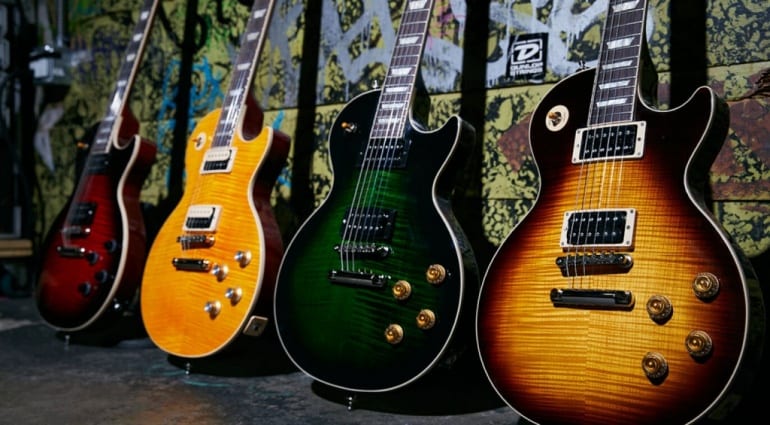 In big news for Gibson’s global brand ambassador Slash, Gibson has announced a series of new signature models ahead of NAMM 2020. The releases include four new signature Les Pauls models and two J-45s acoustic guitars. But, seriously, does anyone care anymore?

Admittedly, I’m not a massive fan of G’n’R or his guitar playing style, but I appreciate him for his merit in rock and the legacy he has created is undeniable. He has already been associated with a lot of signature instruments from Gibson and new ones are constantly being added. The Slash Collection, with a total of six guitars, is just the latest chapter.

Are you a massive fan of G’n’R or Slash? Please leave a comment below about how much the models appeal to you. Let’s face it, you are the target audience for this huge release. 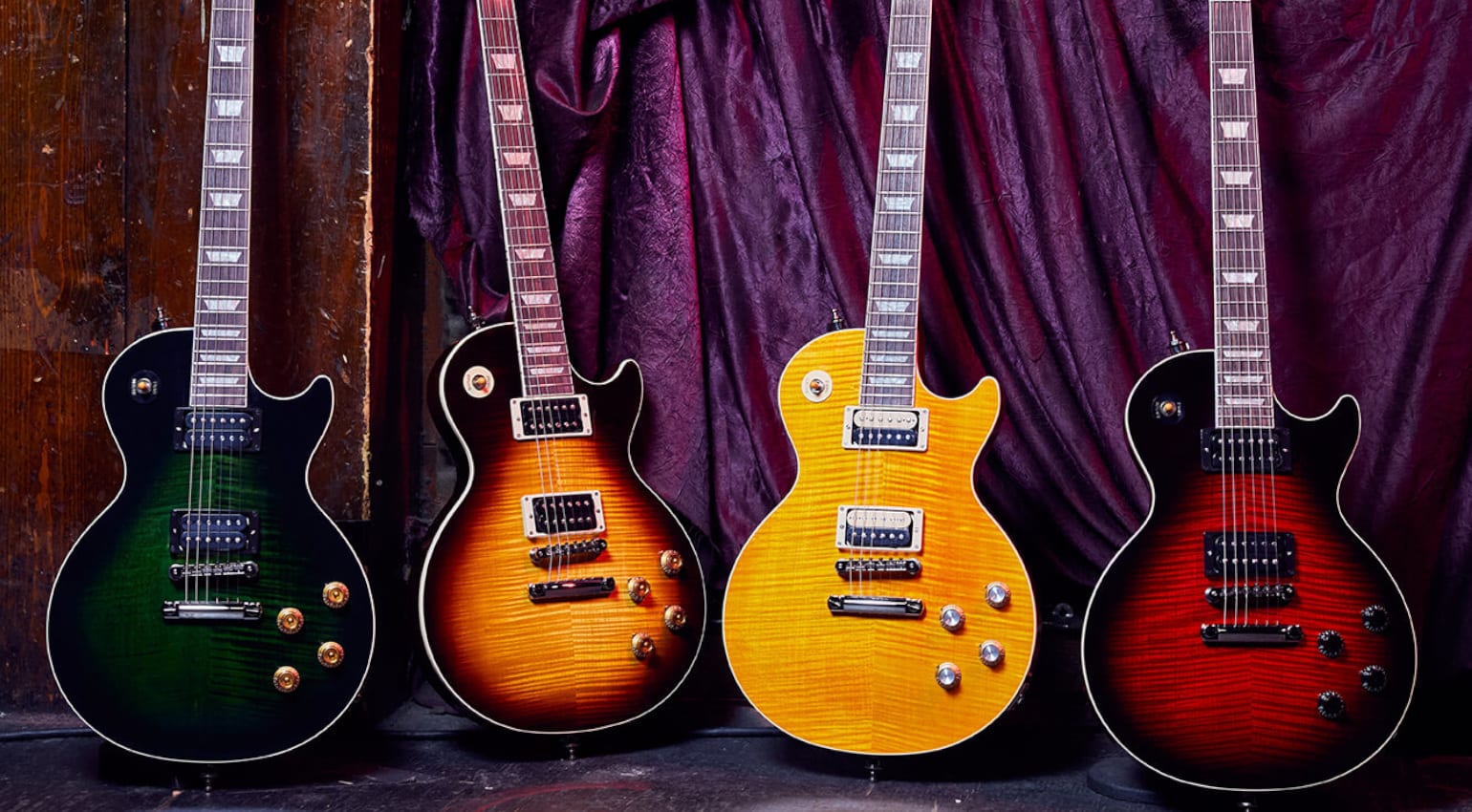 Strictly speaking, only one Les Paul Standard in the Gibson Slash Collection is actually new, being available in different colours and with a different hardware look. Obviously, the classic body shape is there, along with a C-profile neck made of mahogany. There is also an AAA maple top and a rosewood fingerboard.

On a Slash signature, of course, the Slashbucker must be installed for humbucking rock god tones. Depending on the paint finish may also have a zebra look. Plus you get orange drop capacitors for the authentic sound.

There is even more Slash in the form of its Skully signature logo on the back of the headstock. It comes with new Ernie Ball strings and Dunlop Tortex picks. The LP is delivered in a brown hard case.

It is painted in Anaconda Burst, November Burst, Appetite Burst (which sounds like you ate too much at the all you can eat buffet) and Vermillion Burst. 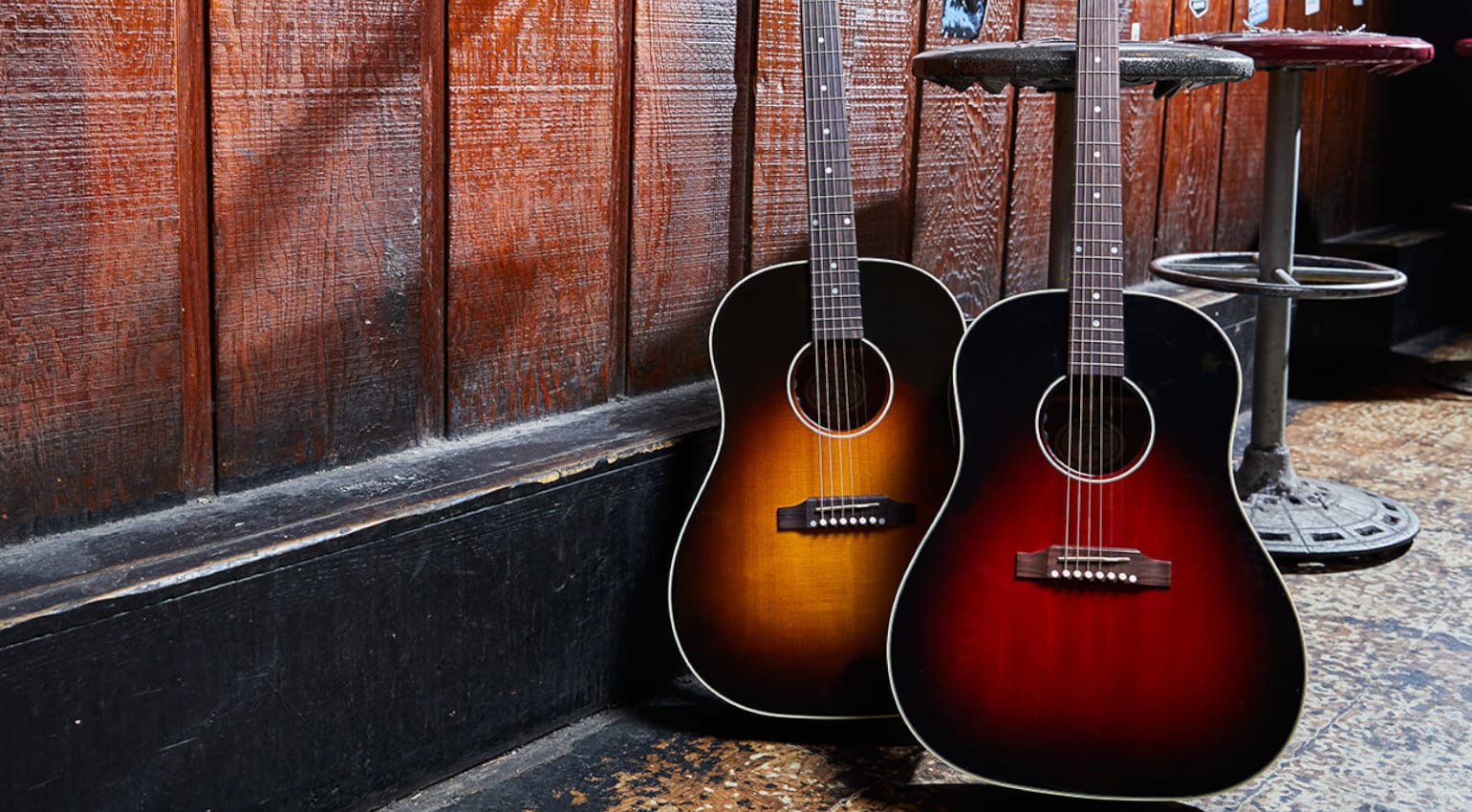 Okay, the Slash J-45 Standard is probably justified because it is the first of its kind. Slash has had no official acoustic signature model at Gibson yet. The J-45 is a classic acoustic in it’s own right, so a great choice for a signature model anyway.

Similarities between the two models are:

If you’re at NAMM Show, see if you can find him handing out his signature for $1500 a pop. Maybe he also takes credit cards?