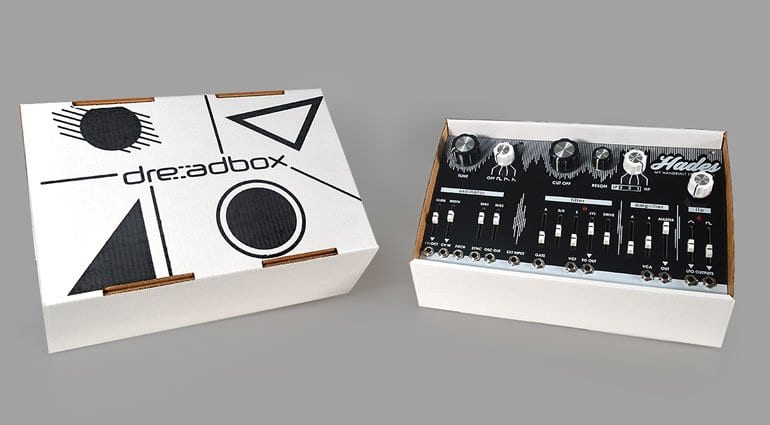 Dreadbox, purveyors of the Medusa and Abyss, has re-released its Hades Bass Synthesizer as a DIY kit. Hades was originally released about 2 years ago but the front panel has had a redesign and it now comes with all the components in bags ready for your soldering iron.

Hades is a cool synth. A single oscillator with 2 sub-octaves giving 3 voices in total. There are pulse width and glide controls and a nice chunky filter with an envelope. A simple amplifier with attack and release and an LFO finish off the complete synth voice.

The front panel design sees a simplified layout, with most controls moved over to the sliders. In the kit you get the main PCB, all the components and chips, a power supply and MIDI-to-CV converter panel. It doesn’t look difficult, but there’s plenty to get your teeth into. Cleverly the box that it came in becomes a 42hp case for the synthesizer.

It is possible to mount this is a regular Eurorack case but, according to the manual, you’ll need to solder on an additional resistor which is not included. Seems a little strange to leave that out. Otherwise, the manual includes plenty of pictures and seems to take you through all the steps with ease. I would definitely give yourself a Sunday afternoon for this project. 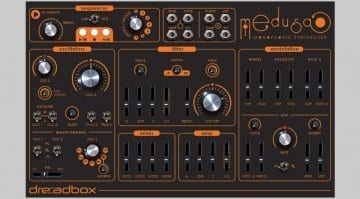