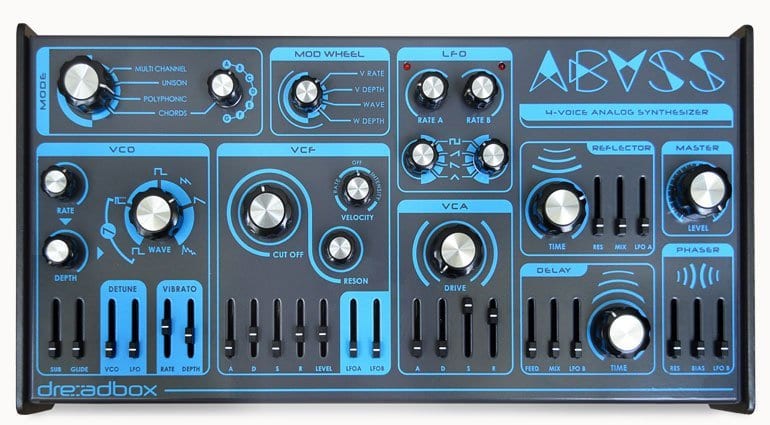 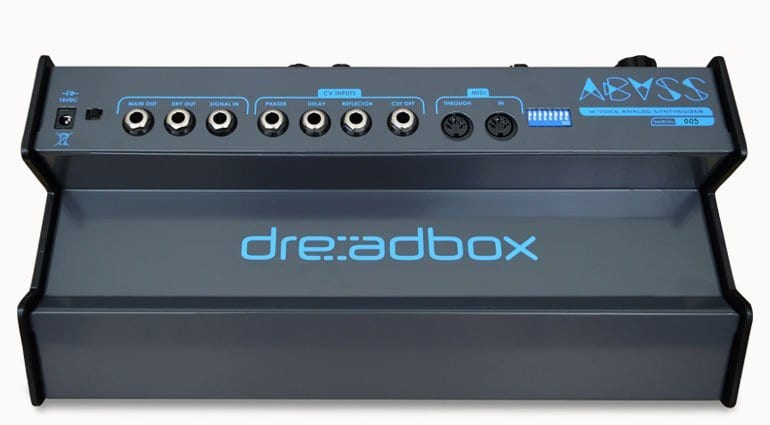 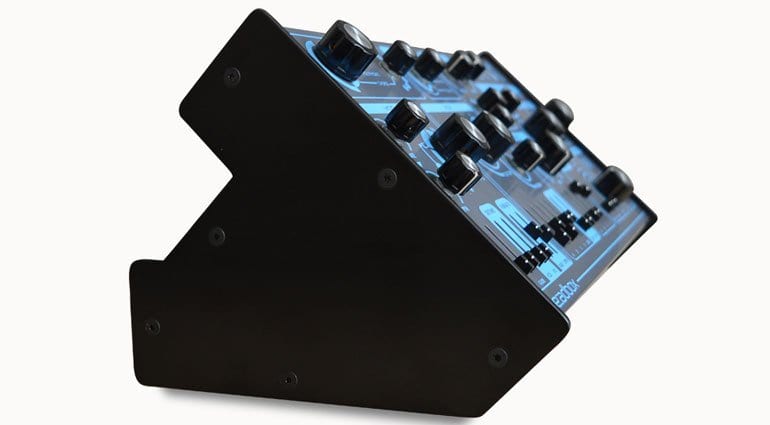 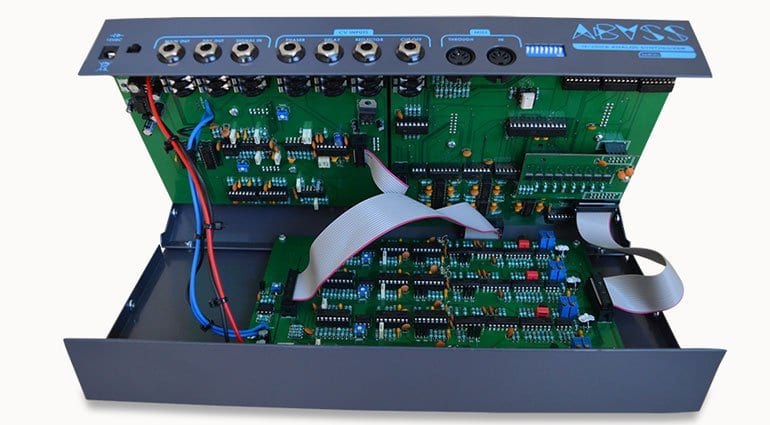 We first saw the Abyss polyphonic synthesizer at the NAMM show, but details were a little scarce. Now Dreadbox have revealed all the details on their website including the very important price. Anyone hoping for a sub-£500 polysynth like the Korg Minilogue will be sorely disappointed, but is this worth the extra?

The Abyss is a 4 voice analog synthesizers from Greek synthesizer manufactures Dreadbox. It’s both the natural evolution and perhaps quite a leap from their Erebus, Hades and Nyx desktop synths. The architecture is all analog. There’s one VCO and 1 sub oscillator per voice and you can play in unison mode, polyphonic mode, chords or multi-channel. An additional white noise generator brings some fizz. The VCO’s have an autotune function which is really helpful. There are 4 LFO’s, one per voice with speed, depth and delay. The filter comes from their Murmux series and has a dedicated envelope generator.

They’ve built in quite a lot of effect functionality. They’ve taken the delay circuit from the Erebus, but they’ve also added a “Reflector” which takes delay into the realms of chorus and flange. The VCA has an OTA drive circuit for some extra beef and a 4-stage phaser rounds it all off. The effects section also has 2 analog LFO’s with 4 wave shapes. There’s also a “Wave Shaping Modulator” which I’m sure will become clearer once we start seeing demos. One interesting feature is the modulation wheel knob which can map the mod wheel on your keyboard to either VCO rate, depth, the wave or wave depth.

One criticism of the Abyss as we saw it at NAMM was the distinct lack of patch points. It’s very unusual for a modular synth company to release even a desktop synth without a load of jack sockets. Now we have a decent image of the back we can see that there are in fact four CV inputs. These are labelled Phaser, Delay, Reflector and Cutoff. Next to those we have two audio outputs, main and dry, and signal input. Other than a MIDI interface that appears to be it on the modular connectivity side. That seems a tad disappointing to me. I expected greater connectivity and patching potential. It’s an awesome looking case though.

The price is €1099. That’s twice the Minilogue, and more than the Behringer DeepMind 12. Different machines of course, Dreadbox is in the business of boutique analog synthesis. In which case perhaps the better comparison is with Dave Smith Instruments, and then the Abyss is half the price of the OB-6. Tricky. I think this is a bit of an emerging area and I predict that we’re going to find more polyphonic analog synths teasing that 1000 pound mark over the coming months.

Personally I haven’t been stunned by the demos I’ve seen so far – mostly recorded at NAMM and so not of the highest quality. So I am reserving judgement until I can get a better listen, or maybe a play of my own.

The release date is set for April so keep an eye on the Dreadbox website if you want to be first in line.