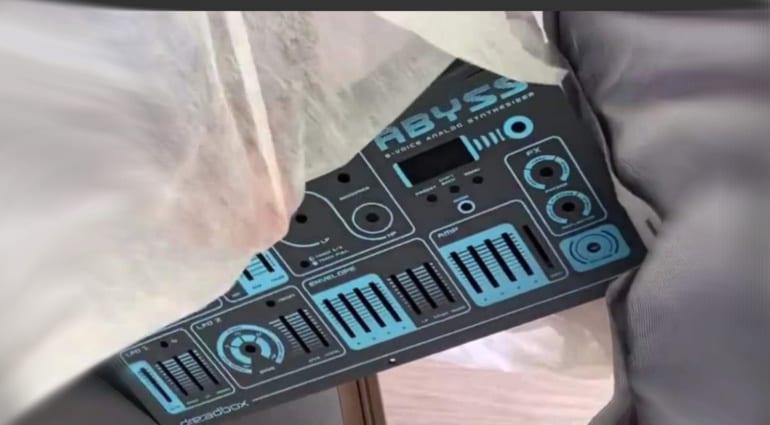 A possible new version of the 4-voice Dreadbox Abyss was spotted on Instagram by our Gearnews.de team with 8 voices, a screen and a new layout.

The Abyss was a great little desktop synthesizer packed with character and a useful 4 voices of polyphony which was sadly discontinued in 2019. Re-releasing it with 8 voices would be pretty awesome. In a grab from the now deleted Instagram post we have just a glimpse of a front panel but the words “Abyss” and “8-Voice Analog Synthesizer” are very clear.

It looks like the layout is a bit more ordered with LFOs, Envelopes and the VCA running along the bottom half with, presumably, the oscillators in the top half. We have some effects over on the right which are no longer the separate modules of Reflector, Phaser and Delay but a 2-knob section. Maybe these would be digital like those on the Typhon; it would certainly make use of the display.

Other things we can see include a high-pass filter and what looks like multi-functionality on some of the knobs. All very interesting. Do bear in mind that all we’re seeing is a front panel with no knobs coming through or active display. It could be a concept design from a couple of years ago although I would really like it to be something that’s new and just around the corner.

No information on the Dreadbox website at this time but I’ll keep an eye out for further developments. 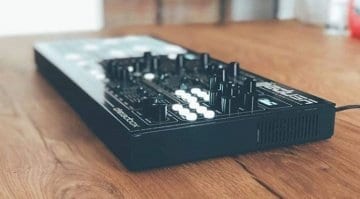 3 responses to “Could we be about to see an 8-Voice Dreadbox Abyss?”