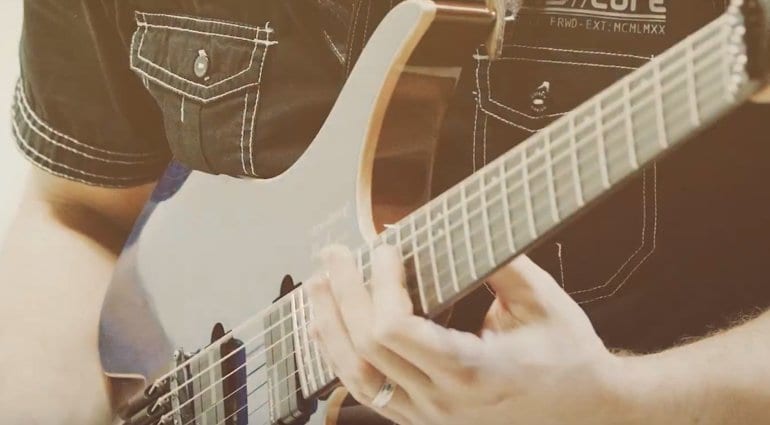 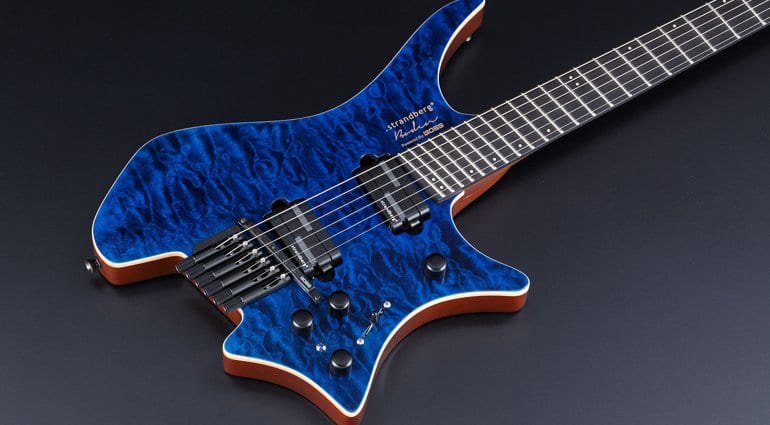 We talked about this new Boss/Strandberg collaboration way back in January, when one was shown at the NAMM Show. At the time there were only two prototypes in existence! Now it finally goes on general release…

With the announcement earlier today of their other collaboration with JHS Pedals, is this the shape of things to come from the Japanese company?

What we have here is a meeting of two brands and this time they have put Boss’s V-Guitar technology into a modern guitar design. As we mentioned back in January,  Strandberg makes some very progressive looking guitars and so to marry this with the Virtual Guitar technology from Boss does kind of make sense. 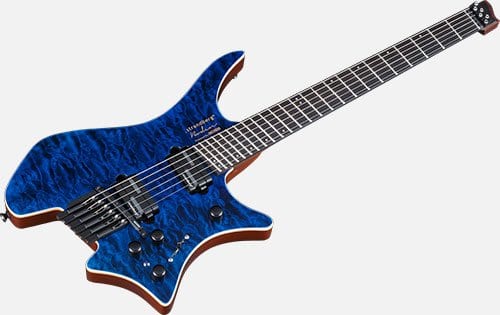 The Swedish guitar maker Strandberg has an extremely modern look and feel to their design, which I think suits this whole concept well. With the V-BDN being aimed at progressive modern playing styles, I think the partnership is a good one, at least on paper.

The ‘V’ or virtual side of the design utilises a series of onboard guitar tones and synthesis, including  Synth voices which consist of three variations on Roland’s GR-300 analogue guitar synth and modelled humbucking and single-coil pickup tones, bass,  plus sitar, acoustic guitars. On top of that you can use the V-BDN’s own standard pickups as well.

Down, down, deeper and down

In combination, you are getting a whole heap of tones to be getting on with. You can down tune on the fly, too, as Boss includes a ‘Tuning knob’ that can instantly retune to either a  semitone down or a  whole-step down, plus drop D, drop C#, and drop C tunings as well.

Looks like an interesting guitar and reminds me a little of the Line-6 Shuriken Baritone model announced earlier this year as well. Of course, these types of guitars are not for everyone, but the Adrian Belews and Robert Fripps of this world will love them!