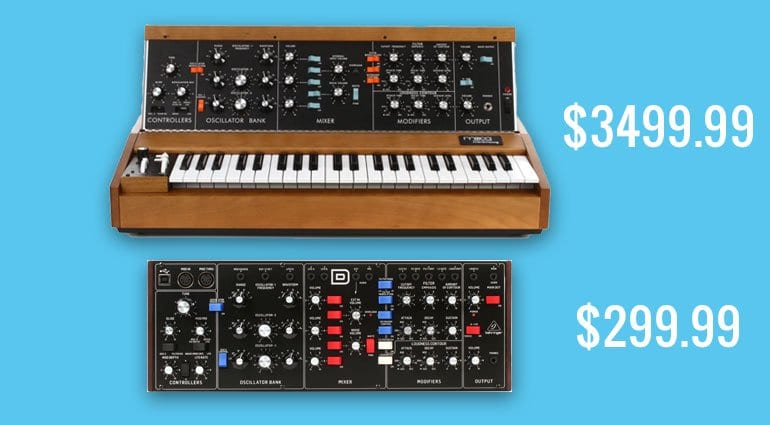 With over 20,000 back orders Behringer has decided to shave a few quid off its original projected price of “under $400”. They did previously flirt with dropping the price to $299 after the release of the Roland SE-02, but they quickly withdrew that idea. Presumably, they went off and did some sums and now they officially announced the Behringer Model D will be $299.99.

They are also moving factories and so we’re going to have to wait a little longer. But it should be here by Christmas at the very latest.

It amuses me slightly that the demo video Behringer included with the announcement has an image of the Moog MiniMoog Model D as the thumbnail. Gone are the days of doing a sneaky copy or disguised clone of something, this is simply a Behringer built version of the classic Moog monosynth. By all accounts it sounds excellent and everyone should probably have one. If for no other reason than to teach yourself about good old fashioned synthesis in the form of a classic instrument.

How the price will translate over to the UK and Europe is always a mystery and rarely joyful. Usually, with these things, you convert straight to pounds and add VAT. That comes to around £359 as my predicted UK price. I can’t find any UK retailers offering it for preorders except for Bax Music (who I haven’t come across before) who have it online for £454. I think we have plenty of time to wait for the retailers to catch up, so perhaps, be a bit cautious before putting your money down.