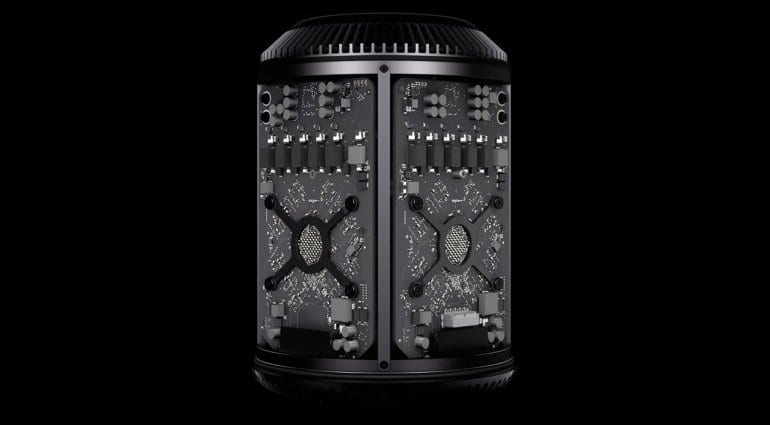 Panzarino was told that Apple has created a new team, the Pro Workflow Team, comprised of engineers and creatives such as long-time Logic Pro user John Powell who’s working on the Star Wars Han Solo movie. They test Apple hardware and software to point out problems and suggest improvements. The team is focused on hardware, visual effects and editing, 3D animation and music production. They are building user experience workflows based on actual content and examining potential bottlenecks in the OS, drivers, applications, and silicon.

This development is influencing the architecture of the next Mac Pro, informing the team of pro customers’ workflows and needs. It’s why the Mac Pro team is going in a modular direction, which is considered a “real need” for customers. The computer is being redesigned from the ground-up, as the innovative “bullet” design didn’t allow much room for expansion, and hardware ages rapidly.

Unfortunately, the journalist claims there won’t be any Mac Pro revelations at this June’s WWDC. It looks like we will have to wait for next year to get any full-featured intel on the highly awaited workstation.

We will be keeping you in the know regarding any rumours or information that pops up surrounding the next Mac Pro. Musicians have long used this particular line of Apple computers, some still holding onto their “cheese grater” macs and finding ways to trick them out with modern components. For better or worse, though, 2018 will remain the year of the MacBook, MacBook Pro, iMac, iMac Pro, and possibly the Mac Mini.