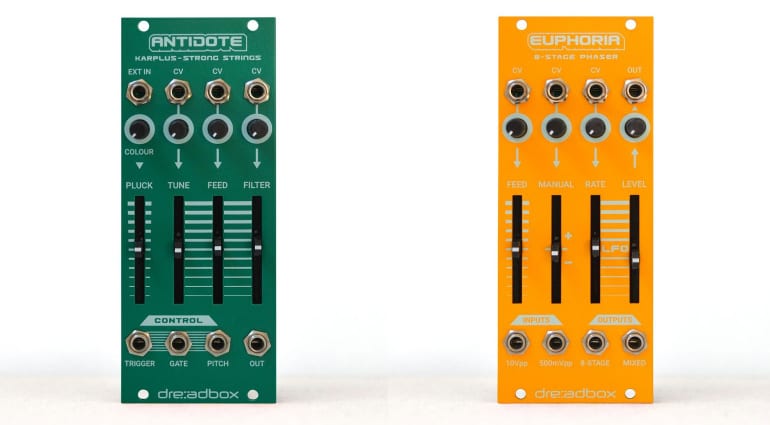 In the chaos of modular as a metaphor for life in 2020 a little bit of Antidote and Euphoria from Dreadbox could bring you the arresting beauty of strings and the warm embrace of phasing.

The Chromatic range is Dreadbox’s creative and colourful Eurorack modules that are full of quirky functionality at surprisingly affordable prices. They released the first six just over a year ago and while sharing the same layout the individual colours disrupt the black and silver aesthetic of Eurorack beautifully. Let’s check out these new additions.

This is a synth voice based upon the Karplus-Strong method of generating plucked string sounds by using tiny delay times. It combines a 512stages BBD chip, a noise generator with variable decay and two low pass filters. The filter on the output can also be used as a low-pass gate. Antidote can also process incoming audio as a resonator or, if you apply an LFO, as a flanger or chorus.

This is a fully analog 8-stage phase shifter based on OTA chips for a vintage sound. It has an internal LFO, can produce AM sounds and has inputs for low-level signals such as those from guitar pickups. Might be an interesting way to get some guitar into your Eurorack.

Dreadbox is definitely onto something with these Chromatic modules. While sharing the same basic interface and being brilliantly priced they also manage to be unusual and unexpected which makes them anything but entry-level. I imagine the colour will scare some people off but I think it’s totally marvellous – bravo!

Antidote and Euphoria should be available in mid-November for €99.

Check out Gaz Williams having a first play with these modules and discovering what they are all about. 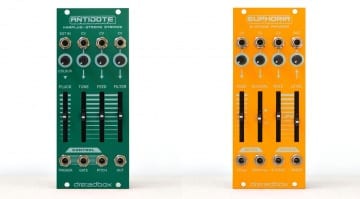 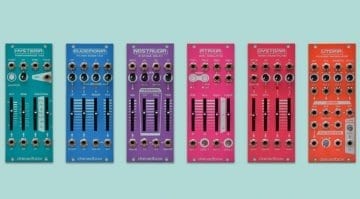 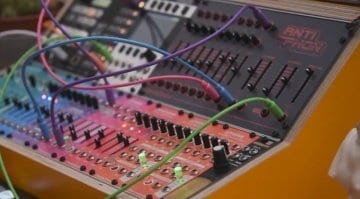