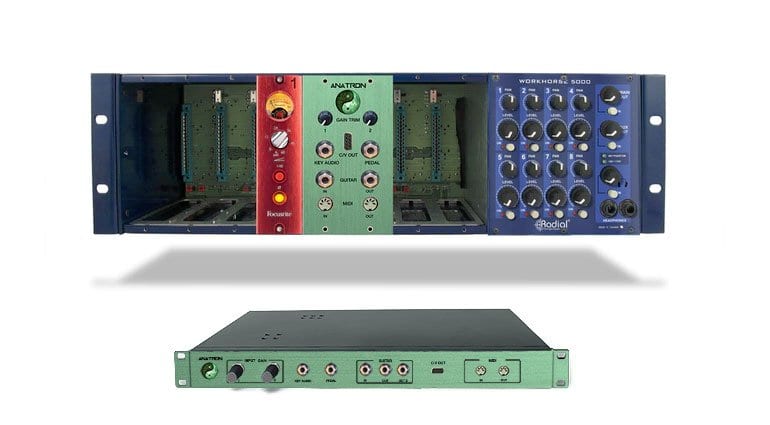 Anatronics Audio are looking to crowd-fund their stereo audio effects unit. The Anatron has a fully analogue signal path running through a tube overdrive and a resonant filter. They are pushing the MIDI control as bit of a unique feature as it gives not only precise control but also re-callable presets.

The idea is to combine the best of the analog world with the control of the digital. The two inputs can be stereo or separate mono channels, line level or guitar and routes along a 100% analog signal path. The vacuum tube stage has variable drive and offers a range of sound from subtle warming to screaming distortion. The filter is intended to provide a synthesis style of signal sculpting. There are bugger all controls on the front of the unit and so all the parameters such as overdrive level, cutoff and resonance are edited via MIDI.

They give several examples of how MIDI control might be achieved. MIDI sliders and controllers are all very obvious but they’ve also created a template for MIDI Designer on the iPad.

Modulation is possible via LFO, control voltage or envelope. The envelope can be a follower of the signal or an ASDR triggered by MIDI notes. There’s also control voltage outputs so that you can sync up modular synths to the modulation.

Anatron has been created by veteran audio design engineer Derek Dearden with input from record producer Paul Northfield. They met in the 1970’s when recording the likes of Yes, Slade and Kate Bush. Both have a long lists of famous clients and years of experience in the industry. I wonder what inspired them to collaborate on this project.

I think it’s fair to say that it’s not a good looking box at the moment, but perhaps this is one of the things they need investment for. They are trying to raise £12,000 to cover the cost of reworking the PCB’s, fabricate the hardware, assembly and testing, printing and packaging and finally building the units promised to Kickstarter backers. However, it does sound really good in the video. The MIDI control makes it a very diverse and useful thing to have around. I particularly like the 500 series version – I think that’s a useful form factor for this sort of thing. Personally I think some continuous knobs on the front to control the filter and overdrive would be no bad thing – just for simple adjustments, but otherwise it’s a decent project.

They are asking for £215 to get one of the first 10 units. After that there’s some for £360 and then £430 – the retail price is apparently going to be £795 so these are some spectacular deals. They are estimating delivery for February 2017. For more information head on over to their Kickstarter page. 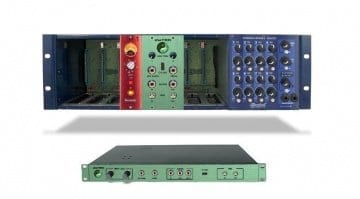 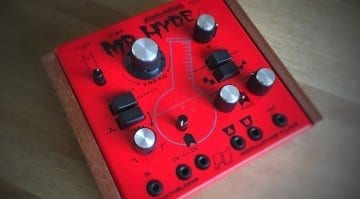 Just to say – if anyone is sitting on the fence, today is the last day of the Kickstarter campaign – it closes at 7am GMT on December 7th