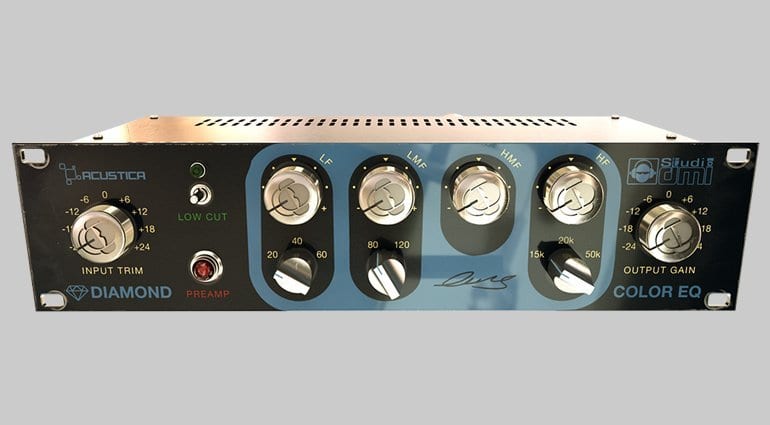 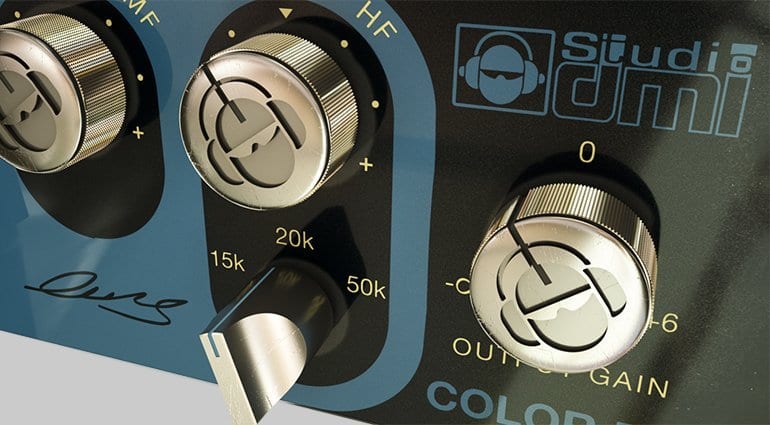 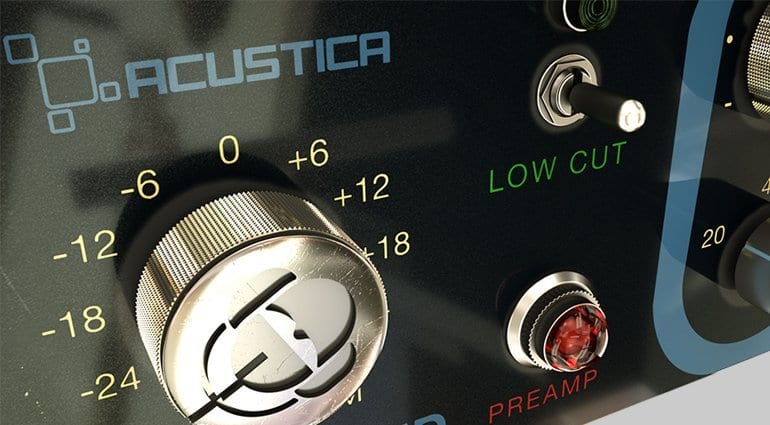 In much the same way Waves did as they built up their plug-in catalogue, Acustica are looking to create a signature-style plug-in series. ‘Diamond’ is believed to be a new line of plug-ins from Acustica, emulating recognised signal chains. ‘Color EQ’ will be the first which promises lots of colour and harmonic enhancement, in conjunction with Studio DMI and Luca Pretolesi.

I’ve been keeping a close eye on Acustica plug-ins for a while. They’re growing a reputation for designing and developing plug-ins that place emphasis on audio quality rather than CPU usage. Subsequently, the handful of their plug-ins I’ve tried have been processor intensive and far from bug-free. The sound however, is unmistakable. It’s really exciting to see this new development, where Acustica have teamed up with Studio DMI to release a signature-style plug-in.

On the Gearslutz forum, Acustica – in true form – stated, “The thinking behind this process is to provide the full quality of the analog behavior, which means placing all emphasis on quality over CPU resources.”

Rather than emulating a certain piece of analogue equipment, or a certain brand, Acustica say they want to capture the flavour of Studio DMI’s and Luca Pretolesi’s signal chain. This is a great concept and an interesting signal chain for Acustica to turn their efforts to first. Anyone who’s after a clean EQ or an everyday low-latency plug can ignore this release. However, if colour (notice my spelling!) is what you’re after, and you’re dealing with a lot of computer generated sounds, then this might be just the tool for you.

I particularly appreciate the professional approach the makers of this plug-in are shooting for. This isn’t a one-knob toy, but a fully fledged EQ. Admittedly there’s a lot going on beneath the GUI, but some talent will still be required to use it! Loving the ‘Preamp’ section, with the harmonic enhancement that can be enabled or disabled, depending on how many you use in series.

This announcement has been made by Acustica on this webpage of theirs. There are rumours that the plug-in will be released around the beginning of April, but there isn’t any official information yet. Typically, Acustica release a plug-in with a months free trial and an introductory price. Prices usually range from 100 – 200 EUR. Keep an eye on their site for more information. Studio DMI aren’t currently offering any more information, but I expect they will run an advertisement about the collaboration soon. See their website here.