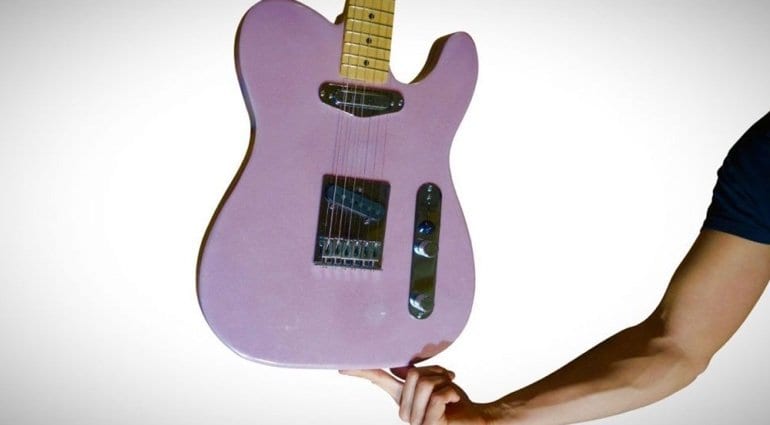 Burls Art, the YouTuber that gave us the River Guitar and the coloured pencil Stratocaster, has built a Telecaster out of two layers of Styrofoam. Could this be the lightest guitar ever?

The final guitar build including neck, hardware and pickups weighs just 3.5 lbs – around half that of an average Fender Telecaster. A regular Telecaster would usually be made using ash or alder, though Fender has also used pine in the past. But, of course, none of these woods is anywhere near as lightweight as Styrofoam.

In the video below you can see the guitar being compared to two other guitars, including the coloured pencil Telecaster he made recently. It looks like 2019 is the year of Burls Art and his unique guitar builds using very un-traditional body materials!

The last guitar I remember being this lightweight was the Cardboard Stratocaster I wrote about back in 2015. Looks like we will just have to watch and see what Burls Art comes up with next, as he is apparently working on a larger project at the moment which should be revealed soon. 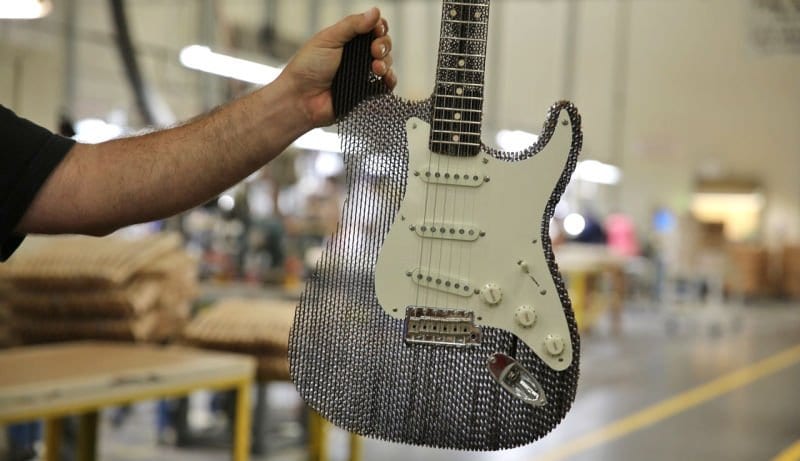 Tonally, this new Styrofoam Telecaster doesn’t sound too bad, it loses a little top end and so sounds a little muffled. But generally it sounds pretty decent. Perfect for those with shoulder injuries and bad backs, perhaps? If anyone knows of a lighter fully functional electric guitar, let us know in the comments section below… 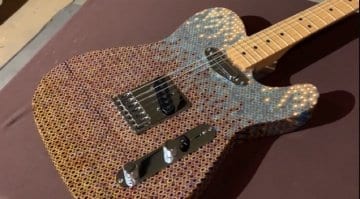 Another guitar made of 1200 coloured pencils – this time a Telecaster! 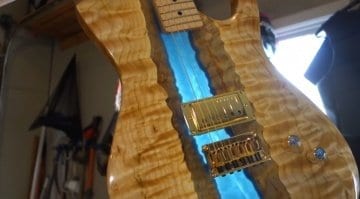 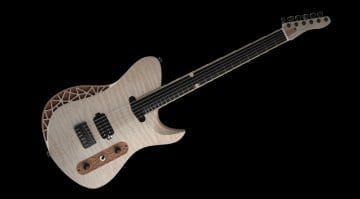 One response to “A Styrofoam Telecaster! Is this the lightest guitar ever?”