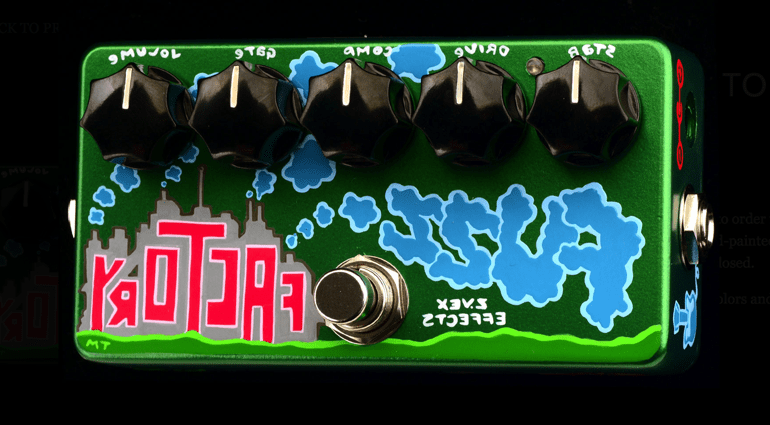 This very limited run of ‘Spam Can’ 111 reverse-polarity Fuzz Factory pedals has just been announced by Zachary Vex via his Facebook page.

This limited production run of Fuzz Factory boxes uses the ‘111’ Spam Can-style transistor with a reverse polarity. It harks back to the original 1995 models that originally used the ‘Spam Can’ transistor for the first 50 ever built. ZVex followed this by another run of 50 that used a reverse polarity version. These ‘reversed’ Fuzz factory pedals have since become something of a rarity.

Zachary tells the story behind the new pedals in the video below, explaining the reasons why these pedals were so limited. It turns out he (literally) found just enough transistors to build a first run of 50-odd Fuzz Factory pedals. This new model will also be a limited edition; you will only be able to buy these ‘111’ models directly from ZVex and I’d imagine they will be popular.

I do love my Fuzz Factory, and always wanted one of the old mid-nineties models, but not sure if I can justify owning two. However, if you were going to buy one, then these would be worth acquiring. The demo sounds do sound really good to me. They are, of course, a bit of a specialist pedal, but I’ve found it such fun pedal to use and play with.

And no, they aren’t cheap, but if you’re serious about fuzz you may appreciate these. Be sure to watch the demo video below taken from their Facebook page.

RRP $319 plus shipping/taxes from February 9th until February 16th.