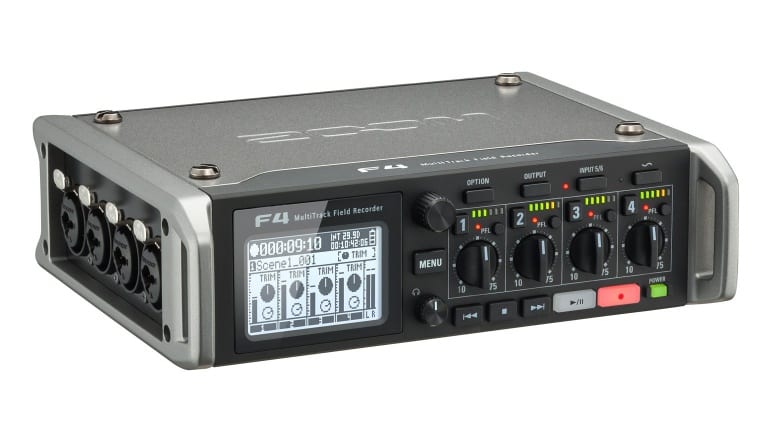 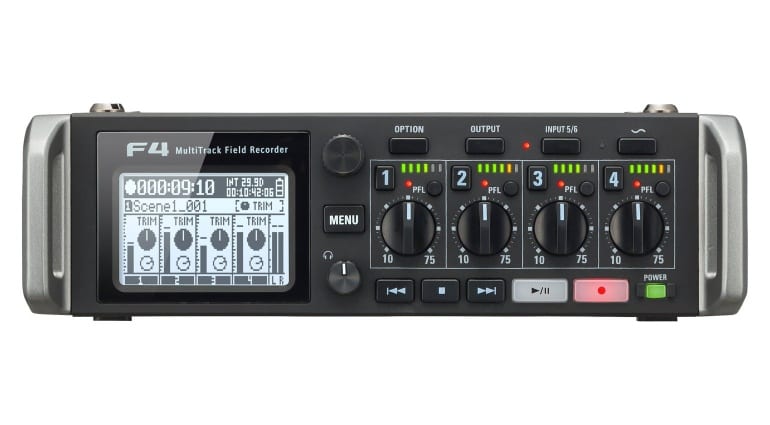 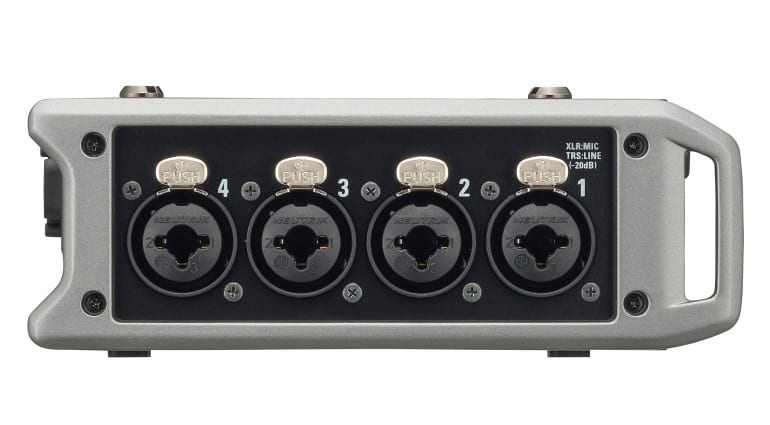 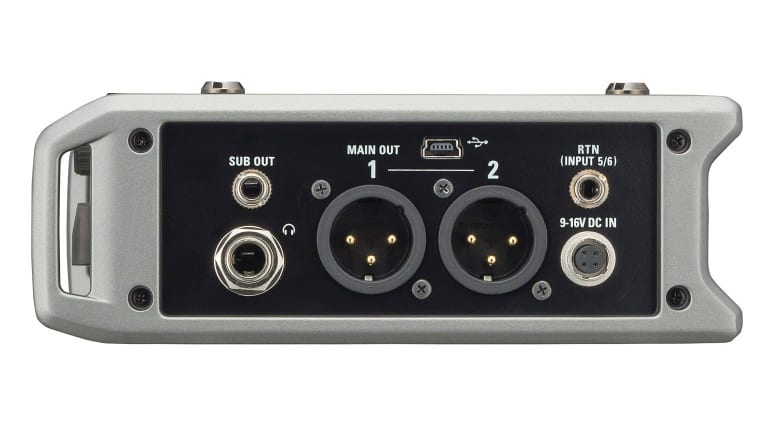 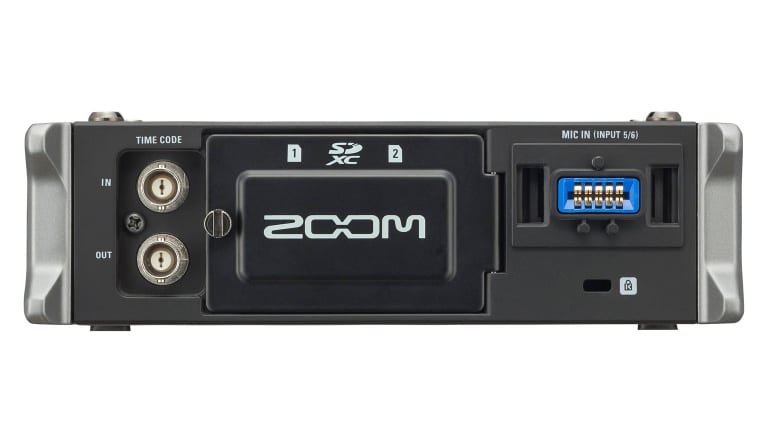 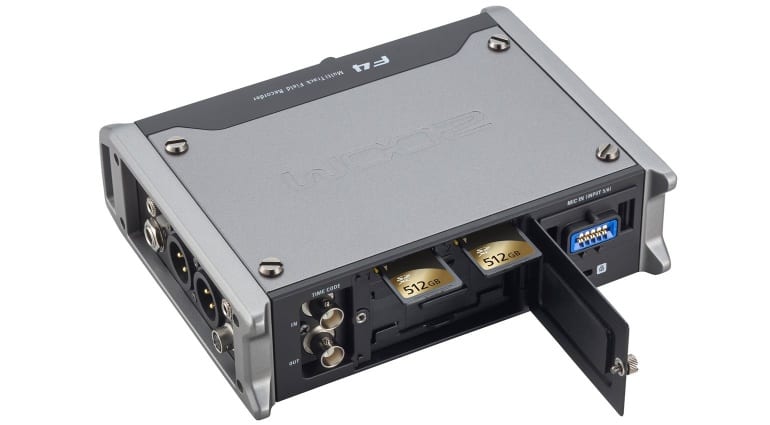 Zoom is often associated with budget-level equipment, but the F8 took the mobile reorder market by surprise last year with its feature set and high quality audio. Finally Zoom are releasing a more compact version, suitably named the F4. Is the F4 half the spec and therefore half the price? Well, not quite…

Like the F4’s bigger brother, the specifications are impressive. The 4 mic pre-amps will have 75db of gain and a noise floor less than -127 dBu EIN. Similarly to the F8, these pre-amps will also feature limiters for safe recording with a headroom of 10db. These limiters can be switched in simultaneously on all 4 channels.

The channel count doesn’t stop at 4 however. There are an additional 2 line level inputs available via a separate input capsule mounted on the rear. The unit also supports MS decoding onto another separate pair of channels. Recordings can be made directly onto SD cards at 24bits, 192kHz or via USB as an audio interface for Mac and PC at 96kHz. With the ability to take up to two 512GB SD cards at the same time, that’s a lot of recording time for when you’re out in the field.

There’s a lot on offer here. So much in fact, that I imagine the F4 will become a more popular product than the F8. And with its small format, the potential uses for the F4 are considerable. Even DSLR operators can apparently mount the F4 directly on their camera or tripod which is quite interesting. This is a very flexible solution for the ‘modern media professional’ and I predict Zoom a lot of success with this coming release.

With this being such an early announcement, the best information can be found on the Japanese side to Zoom’s website. Availability information suggests a shipping date around late October, or early November. Price-wise, we understand the RRP will be 830 EUR, which is a great price for what’s on offer, but isn’t really half of an F8. Wishful thinking assumes the street price could be closer to 750 EUR. 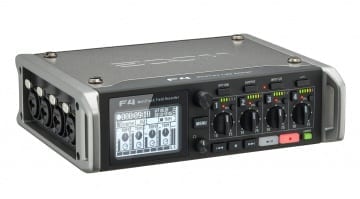 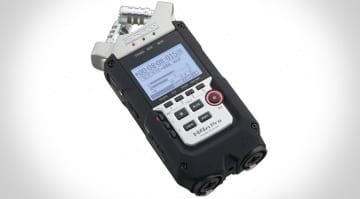 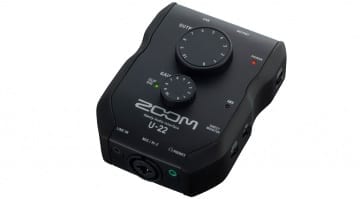 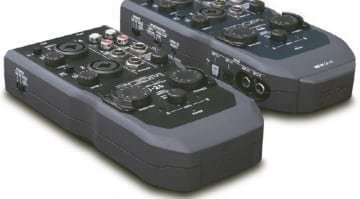 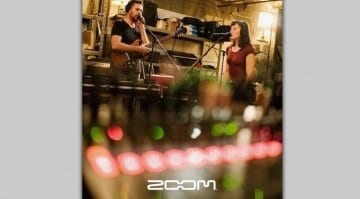 Zoom teasing possible new recorder, to be unveiled on 3 August