After news about this leaked earlier this week (remember the mysterious "Smoke" teaser?) the HeadRushFX Looperboard has now officially been launched - and it looks pretty impressive, too.

The Music Thing Radio Music is a fun and fruity sample player and manipulator for Eurorack. Synthetic Sound Labs have whipped its open source arse into an elegant 5U modular format. 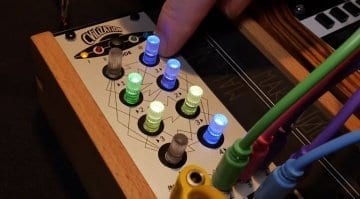 Urs Heckman reveals the story behind CVilization the still very much under development utility module that packs an awful lot of functionality into 10hp using a simple but effective colour coded interface. 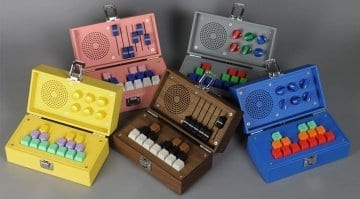 Are these Bivalvia Synthesis boxes the cutest synthesizers you have ever seen?

Beautiful little boxes of sound from artist and electronic designer Love Hultén. Based on an Axoloti core and can be programmed for any sort of synthesis and effects. You must have at least one of each.

The H4n is one of the most popular field recording devices. Zoom appear to have addressed durability and quality issues with this new H4n Pro version.
ADVERTISEMENT