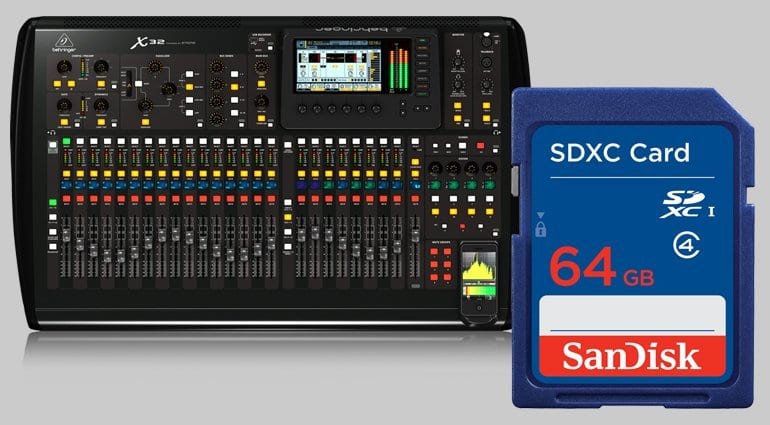 We recently spotted an intriguing post on Music Group’s own forum. Uli Behringer himself has allegedly stated that there will be an “SD Direct Recording Card for our X32/M32 Series in the very near future”. Direct recording to USB removable storage or SD Card has become a common feature for most entry-level live sound digital consoles. Unfortunately, this is a missing feature on the iconic X32, at least without third-party hardware.

The post in question was seen here, on the Music Group forum; I think we can expect Behringer to introduce a new option card for the X32.

The X32 has become a household name amongst digital live mixers. It is responsible for the revolution of budget digital mixers. This has made the X32 the desk which we all inevitably make our comparisons against. However, it’s now a few years on and other manufacturers are starting to offer a new level of feature sets which we’re learning to expect. This now includes multi-track direct recording to mobile storage media. You only have to take one look at the spec of their biggest competitor, PreSonus’s new StudioLive 32, which I covered here.

While the X32 can be connected to a desktop or laptop computer as an audio interface, enabling multi-track recording with a DAW, direct recording to USB storage or an SD Card hasn’t been so easy. This might not be a big deal for many people, but we are in a society which is built around how technology simplifies everyday tasks. On a more technical note, having the option to record directly to mobile media also acts as a redundant recording method, and we all know that DAWs can crash.

Currently, X32 owners can achieve direct to USB storage recordings via a third party option card from Cymatic. However, this card is quite expensive and isn’t the most fluid solution. For example, to control even the most basic feature of their card such as ‘play’, it has to be done via an iPad rather than the console’s built-in LCD screen. The hopes are that a card directly from Behringer will support full operation. It will be interesting if the same card can support USB storage, SD Card media and a USB input for mp3 playback from memory sticks.

We also can’t help but wonder if these are signs of a new X32 on it’s way. If Music Group are turning their attention to the recording aspect of both the X32 and the M32, then new hardware will be needed to achieve higher sample rates such as 96kHz. This would be a major leap forward for the industry as one of my biggest complaints about using live sound digital desks to record is that we are typically restricted to a maximum sample-rate of 48kHz .

Further digging around on the Music Group forum reveals some thoughts from ‘Timothy Metzinger’, about other future improvements he’d like to see and which if implemented would see the X32 add significant new functions:

Eliminate the “block of 8” routing, which might simplify routing in general
More powerful FX, possibly support VST
USB3.0 interface supporting onboard multitracking.
Greater number of IO channels – at least enough to support all the inputs and outputs (i.e. 48 x48)
And then we can think about higher channel counts.

Is this the year we will see a new X32 dominate the budget digital live console market once more? Happy New Year everyone! 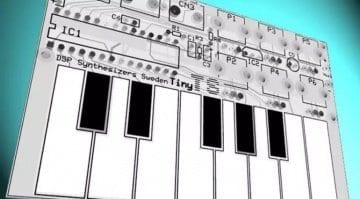 I gave the tip for this and you guys stole it! real nice.