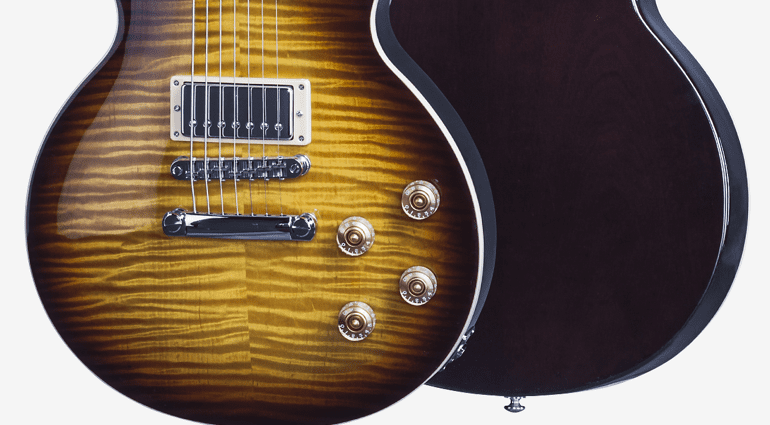 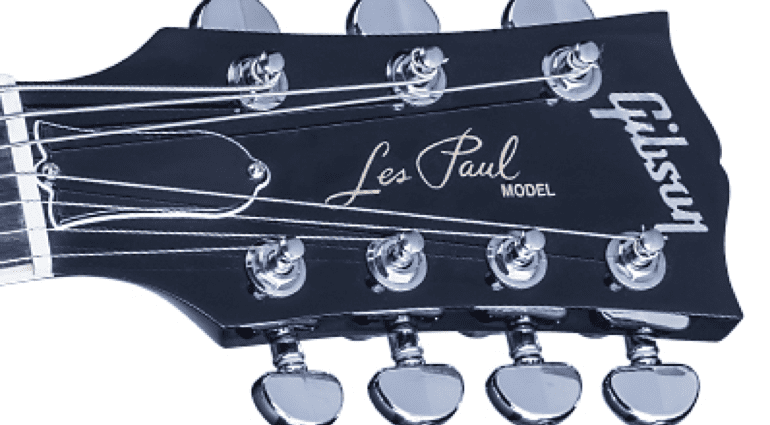 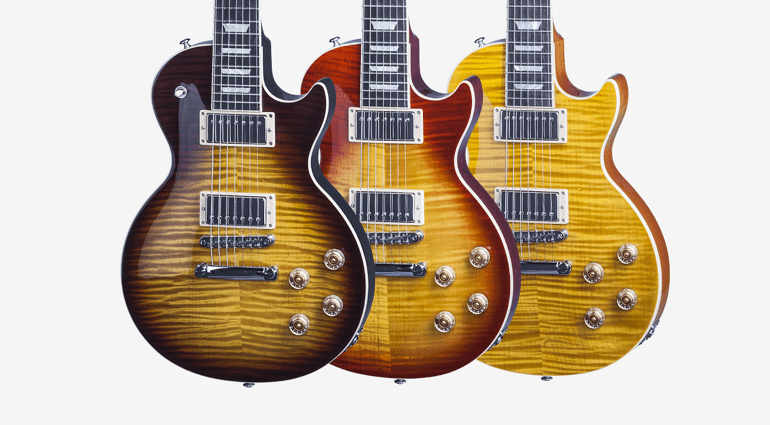 A new limited edition Gibson Les Paul Standard 7 string model has been announced today. This little number is hand-made in the USA – but will the extra string be your thing?

Seven-string guitars definitely have their place in modern guitar and music styles. But every time I have owned one, I have quickly found that they aren’t for me and I usually end up getting rid of them fairly quickly. However, some players can really make them sing and I can see why Gibson has made chosen 2016 to introduce these new 7 string versions of the Standard Les Paul.

It’s really a pure Les Paul Standard at heart, just with a slightly wider neck and, of course, a set of 7-string pickups. The pickups on this model are actually a set of Seymour Duncan JB/59 humbuckers rather than the standard Gibson own-brand you usually get on a Les Paul. This particular set is a tried and tested combination, so should sound great for most styles of music.

The guitar is finished in a very nice-looking AAA flamed maple top and will certainly appeal to Les Paul fans looking for a more traditional look, even though this guitar is far from a regular Standard model.

Real mother-of-pearl inlays are set into the rosewood fretboard. Oddly, the scale length is still the traditional Gibson 24.75″, so I am not sure how that low B string will sound. Gibson has made a few 7-string guitars in the past, so they probably know what they are doing and it should be fine. The headstock sports a set of Grover tuners, which normally means excellent tuning. The bridge is a traditional tune-o-matic, albeit made for seven strings.

You can get the new Les Paul Standard 7 String in either Tobacco Burst, Trans Amber and Heritage Cherry Sunburst. There are only 100 guitars being made in each colour, so it’s a very limited worldwide release.