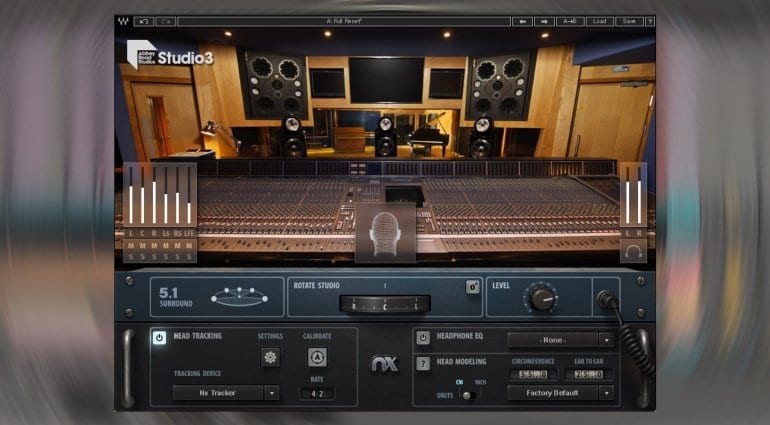 Waves has released the Abbey Road Studio 3 plug-in. They say that it offers a new kind of immersive mixing experience, giving the illusion in your headphones that you’re sitting in the control room of one of the world’s most famous studios. Will this make your mixes sound better?

It’s remarkable how plug-ins have leveled the playing field between world-class studios and home recording rigs. First, they modeled the electronics, from outboard gear to mixing desks to tape recorders. Then, you could make your music sound like it was recorded in the world’s most famous live rooms, instead of your garage. And now, Waves is offering you a seat in the control room of Abbey Road Studio 3, claiming that it will let you “produce and mix reliably wherever you are”.

Like the older, more generic Waves Nx Virtual Mix Room plug-in, Abbey Road Studio 3 uses the company’s Nx immersive audio technology. According to the developers, the plug-in is based on 360° impulse response measurements to recreate the acoustics of the control room. It lets you choose from three different pairs of speakers (near-fields, mid-fields, and far-fields). You can also mix in 5.1 and 7.1 surround.

Track the movements of your head

Waves Abbey Road Studio 3 is designed to be used with headphones. The plug-in includes EQ calibration for a number of popular headphone models. For an even more immersive virtual reality experience, you can add the Nx Head Tracker, a small device that attaches to your headphones and tracks the movements of your head.

What do you think? Is this kind of software-aided, immersive mixing experience the future? And will we all suddenly start crafting mixes that sound like they came straight out of Abbey Road? I have doubts, but the tech is pretty cool for sure.

Waves is offering Abbey Road Studio 3 at 50% off for a limited time. The introductory offer is USD 99, instead of USD 199. The bundle with the plug-in and the Nx Head Tracker device is USD 129, down from USD 249.