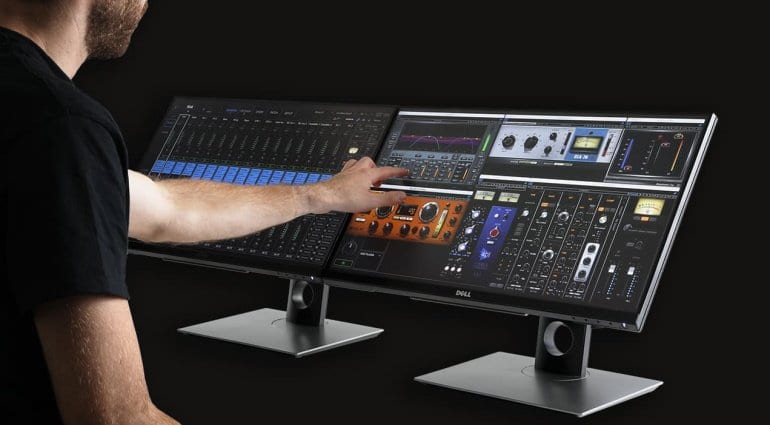 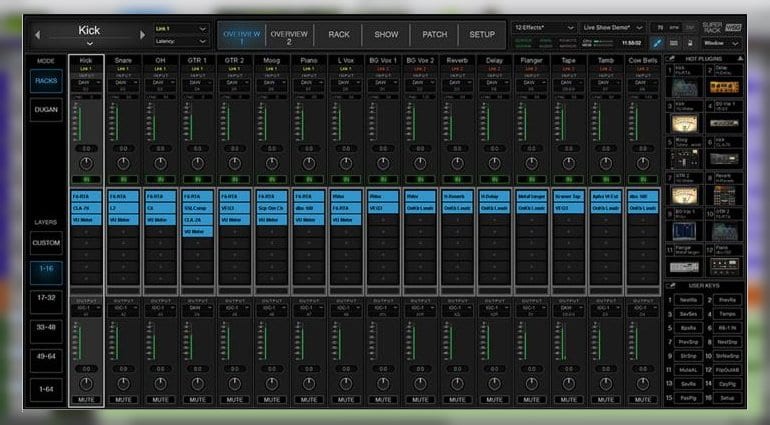 With yesterday’s V11 update, Waves said it’s integrating the functionality of its MultiRack, SoundGrid and StudioRack plug-ins into SuperRack. Announced earlier this year, the SuperRack plug-in was released today. It represents Waves’ next generation of live plug-in processing for broadcast and live sound engineers. Predictably comprehensive, SuperRack handles up to 128 audio channels in an Audio-over-Ethernet network centred around a dedicated SoundGrid DSP server. Plug-in processing is offloaded to this server to deliver a high channel count, low-latency experience even at long distances between host and I/O devices – a typical scenario in a complex live/broadcast setup.

SuperRack has a setup wizard which scans and identifies connected devices to configure them automatically. Following the initial setup, multiple racks can be linked and operated simultaneously, plug-in orders can be switched, presets copied, and hardware processors can be integrated as external inserts. Snapshot functionality is also available, storing plug-in chains, tempo, worksurface setup and Custom Layers – these present your key racks in a single view. The plug-in can be controlled via user-defined keyboard shortcuts, MIDI devices, and up to 4 touchscreens which can be added to the rig for touch-and-slide parameter/fader control – along with workspace extension, of course.

SuperRack is compatible with desks, racks, rigs and so on from major players in the production world like Allen & Heath, Behringer/Mackie/Midas, PreSonus, Roland, Soundcraft, SSL, Studio, Yamaha and the DiGiGrid stuff. The plug-in works on Mac and Windows 10 computers (as well as Windows 10 tablets). However, third-party plug-ins cannot be loaded onto the DSP server as of this moment. SuperRack is currently limited to the Waves stuff, with external offerings supported sometime in the future.

The SuperRack plug-in is available now from Waves and dealers worldwide, priced USD 599.

2 responses to “Waves launches SuperRack, the heir apparent to MultiRack, SoundGrid and StudioRack”

SO does that mean we have to shell out another $600 so that the $10K+ I have in Waves plug-ins and SoundGrid Hardware will continue to work? If so, that’s not at all satisfactory… or even good news!

No but if you have an update plan that you paid for, it is now useless if you use soundgrid studio as its not compatible with V11 plugins.