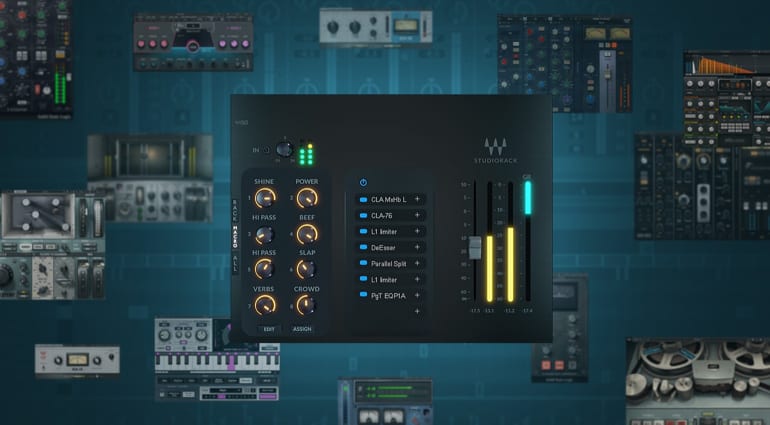 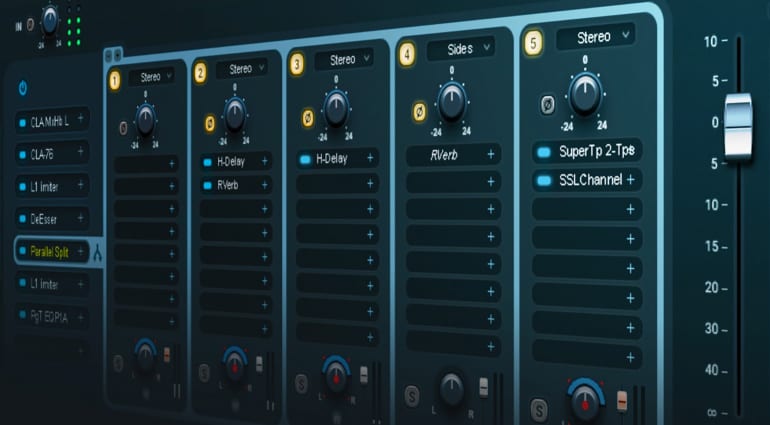 The free Waves StudioRack plug-in lets you build effects chains out of Waves plug-ins. Besides taking up only one insert slot in your DAW, an added advantage is the ability to quickly move chains between DAWs. The new version introduces a number of new features, some which have the potential to make the utility plug-in quite a bit more useful.

Most importantly, the new version of StudioRack offers several new options for splitting up the signal path. You can set up parallel processing chains with mono, stereo and M/S split racks. There’s also an option to split the signal based on crossover frequencies using multi-band split racks. This essentially lets you turn any Waves plug-in into a multi-band processor, which is of course a fabulous idea. Or you can set up entirely different processing chains for various frequency ranges. 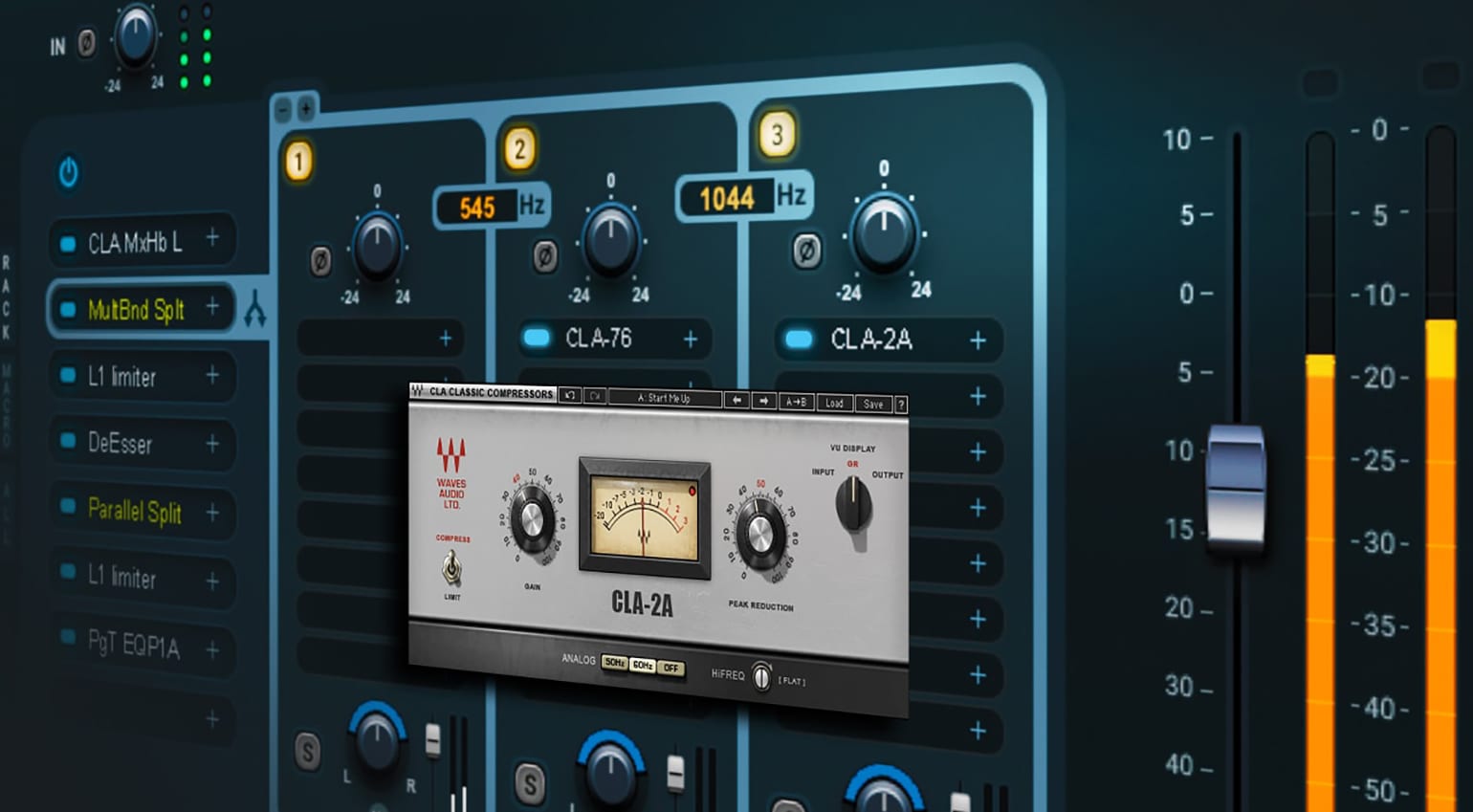 The SoundGrid Studio application for controlling a SoundGrid system has also been updated. There’s a new control room section for quick selection of monitoring sources and multiple monitors. The new headphone monitoring options allow you to set up up to 16 independent headphone mixes for musicians, Waves says. The new SoundGrid Studio also lets you stream audio between up to 14 audio interfaces, and share the same audio interface between multiple computers. Like StudioRack, SoundGrid Studio has been updated to support all V11 plug-ins, as well as the Waves Abbey Road Studio 3 and Nx plug-ins for spatial headphone monitoring.