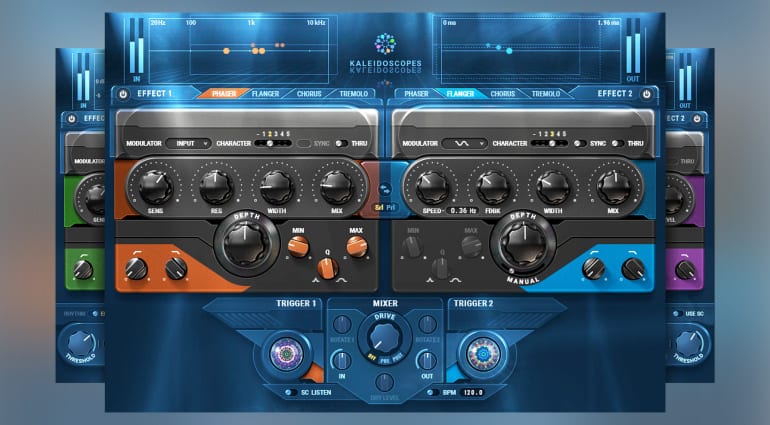 Waves has released Kaleidoscopes, a new modulation effects plug-in. With two independent engines and classic phaser, flanger, chorus and tremolo effects, Kaleidoscopes looks like it has all the ingredients you need to send your audio swirling into another dimension.

Just a few days after Arturia’s 3 Modulation FX, Waves is answering with a modulation effect suite of its own. Kaleidoscope revolves around the four classic modulation effects phaser, flanger, chorus and tremolo, which can be combined to form multi-faceted and unique modulations.

According to Waves, Kaleidoscope’s effects were modeled after classic analog effects. They focused on the 60s for phasing and tape flanging, the 70s for tremolo and the 80s for chorus. But Waves went a step further than just offering a selection of individual effects. Kaleidoscope’s two engines allow you to combine and intertwine the effects in a variety of ways.

Each of the two engines offers controls for speed, resonance, depth and width. You can choose from various waveshapes for the modulation, which can of course sync to the song tempo. And here’s the cool part: Kaleidoscope also lets you use any external sidechain signal from the DAW as the modulation input. This opens up many possibilities for modulations that react to the music.

Waves says that you can even use Kaleidoscopes while playing. The plug-in offers a trigger section with input-sensitive envelopes and ‘intelligent triggers’, which let you interact with the effects while you’re playing or recording.

What’s more? The two engines can run in parallel or in series. Waves has also integrated a THRU modefor a stompbox-like sound with the dry signal on one channel and the wet signal on the other.

Many other modulation plug-ins focus on recreating analog classics in plug-in form, and that’s often all you need. But once in a while, it’s fun to combine various sounds into something new, and it looks like Kaleidoscope has what it takes to do that.

This being Waves, they’re launching Kaleidoscope with an attractive introductory offer. The plug-in is currently covered by two sales at the same time. The intro offer brings the regular price (USD 99) down to USD 64.99. The coupon code LASTCALL takes off another 40%, which results in a final price of USD 38.99. We don’t know how long these offers will last, but – again, this being Waves – it probably won’t be long until the next sale.

The plug-in runs on macOS 10.13 or higher and Windows 10 or higher in VST, VST3, AU, AAX native and Audiosuite formats. 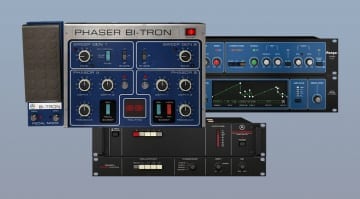