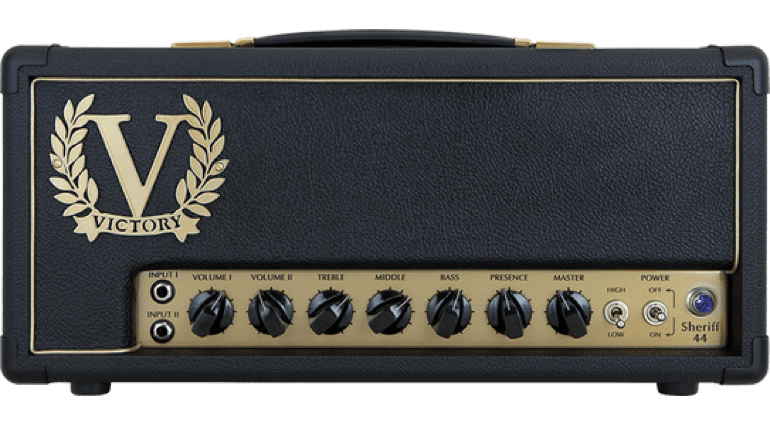 Victory Amps’ new Sheriff heads are dual-channel, Plexi-style amplifiers with EL34-based outputs that are designed and built in England. Because they’re based on famous Marshall amps, you should be able to get all those classic ‘British’ rock sounds, as well as a whole lot more.

These two-channel amp heads seek to mimic classic British amps and their rock tones as used by players such as Jimi Hendrix through to Randy Rhoads. That’s a lot of territory, as it spans the ’60s all the way through till the ’80s. The amp is part of Victory’s Heritage series, coming in two versions: the Sheriff 44 and the half-power Sheriff 22. Both heads follow the same tonal path and are both based on those classic Marshall Plexi amps from the late 1960s.

With both feet firmly in the boutique end of the market these models seek to out-Marshall Marshall. The demo below gives you a good idea of what  to expect from these new models. The Sheriff 44 features two inputs with a two Volume controls, as well as Treble, Middle, Bass and Presence controls on the front panel. The two volume controls are foot switchable, controlling two separate channels of which one has more gain.  Then you get a Power switch and a High or Low power switch for when you need to dial it down a little – or not!

The rear sports a series effects loop which can be switched off, removing it completely from the signal path. There’s also a switch to choose between either a fixed- or cathode-biased mode. The fixed mode will give you more headroom whereas the cathode biased will add more sag and compression when pushed hard.

The half-powered ‘little brother’ of the Sheriff 44 has the same layout, just without the High/Low Power switch on the front. Instead, the Sheriff 22 has an extra speaker out on the back which is set to a 1 Watt output for when you want the tone, but not the ear-splitting volume that 22 Watts can achieve. Just because an amp is half the wattage of its “bigger” brother does not mean it will be half the volume. Far from it! So a low output on the back is very useful and will be welcomed by many players.

The Sheriff 22 has all the same front panel controls as the Sheriff 44, but comes in a smaller ‘lunch box’ style head. You can still switch between the two channels and the amp incorporates the same EL34-based output section of the Sheriff 44. 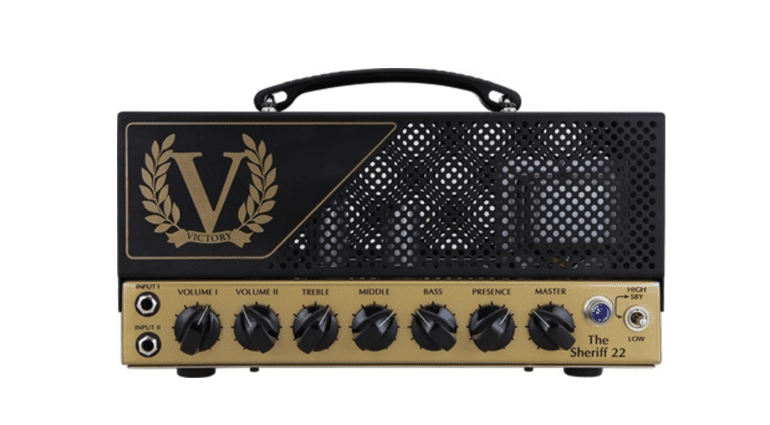 Victory Sheriff 22. The little brother to the Sheriff 44, just with an extra 1 watt out on the rear panel for when you need to dial it down a little.

Martin Kidd is the designer of these amps. In my opinion, he is a force to be reckoned with in UK amp design, having designed the now sadly defunct Cornford amps and also recently helping Jet City with some of their amp designs. If you are looking for a well-designed amp he is pretty good at what he does. I really enjoy the amp tones he can coax from a circuit.

Both models are due sometime later this week.