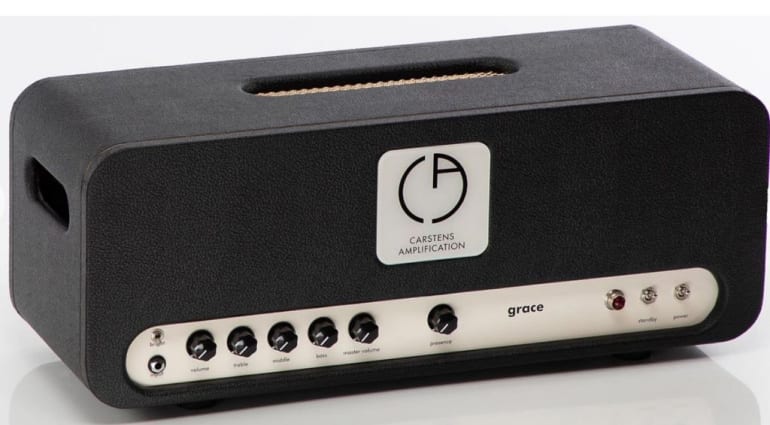 Smashing Pumpkins frontman Billy Corgan has put his name to a new signature amp by Carstens Amplification called Grace. It’s a high-gain head limited to only 50 units worldwide. Featuring a simple layout, it’s built using very high quality components and should cover all the tones you would expect from an amplifier linked to Mr Corgan. Rated at 100 Watts, this hand-signed amplifier should cut through nicely. In fact, a closer look at the specifications reveals that this amp could be a real tone monster.

Grace is hand-wired and designed by Billy Corgan’s amp tech, Brian Carsten. The two have worked together for years, so this amp should have all the tones you would expect. The 100W amp is a single-channel circuit based around four EL34 power amp tubes, four 12AX7 preamp tubes. It all looks simple and clean, with no fuss. The control layout is clear and easy to navigate, consisting of Volume, Bass, Middle, Treble, Master Volume and Presence controls. I’ve always found that great amp tone is often about keeping things simple, so given the specifications on offer here I’d expect this amp to sound pretty darn good. 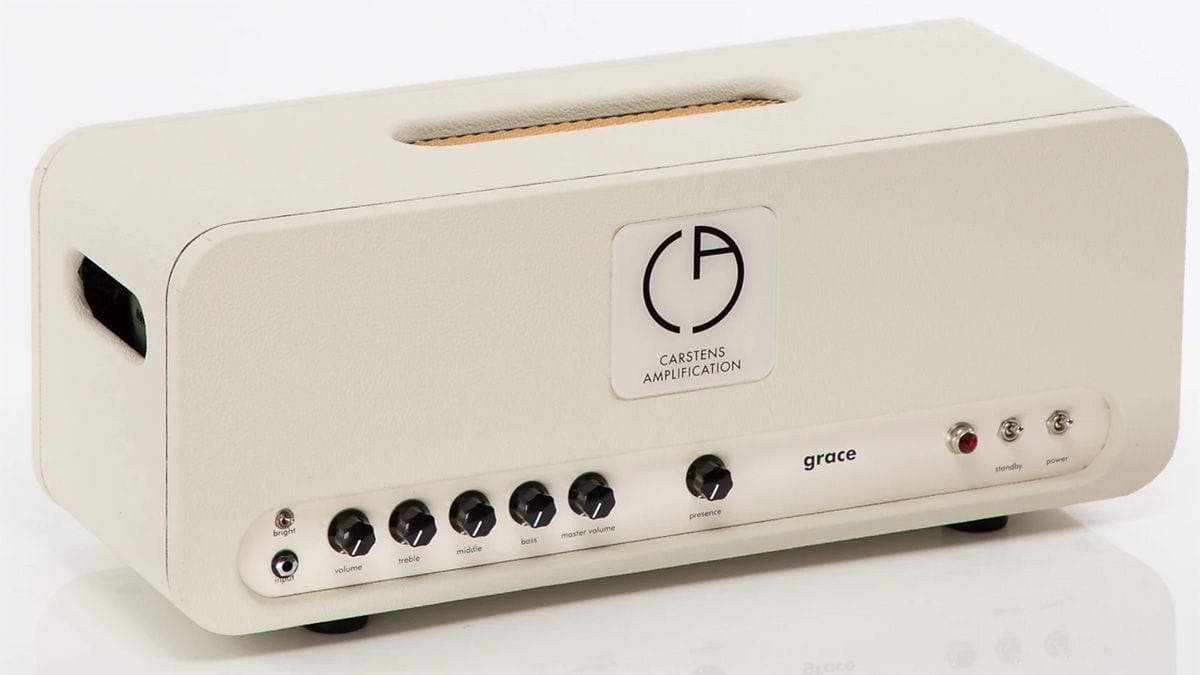 Carstens Amplification says the Grace is made using the best quality components, like hand-wound Mercury Magnetics transformers, premium capacitors and even a Mercury Magnetics hard-wired power cord. All the components are mounted on a powder coated, silk screened, high-quality aluminium chassis, so it’s more than road worthy.

There is no effects loop on the rear to mess with your tone, just a pair of speaker outs at 4,8 and 16 Ohms, plus a headroom control and a set of controls to bias the tubes.

Grace is available in black, red, or a cream/off-white vinyl finishe. Each of the 50 amps is signed by Billy Corgan, so if you are a fan of his tone then you may want to try and pick one of these up. You can hear the amp in action in the demo video below – head ober to the manufacturer’s page for full specifications of this monster amp head.