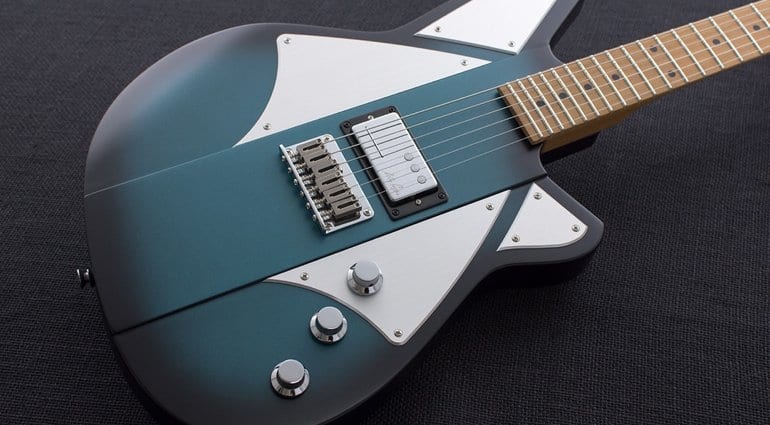 Reverend Guitars has announced the new Billy Corgan Terz model at this year’s NAMM which is based on a 19th-century instrument tuned to a minor third G-C-F-A#-D-G.

Billy already has a signature model BC-1 guitar with Reverend and this new model is designed for those moments when he wants to play as though he has a capo on the third fret of a regular scale guitar.

The Terz has a 21½” short scale neck allows this guitar be tuned high and give it a decent playable tension, so could be an interesting  With a string-through body and a single Railhammer ‘Billy Corgan’ pickup, the design looks like a miniaturised BC-1 anyway, it has a roasted maple neck with pin lock tuners to hold tuning stability.

Each guitar has a single Volume, Tone, Bass Contour control knob to control the Railhammer pickup, they also use a treble bleed circuit on the volume to maintain highs when you back down the level.

The body of the Terz is chambered made from korina and comes in either Satin Deep Sea Blue Burst or Satin Pearl White.