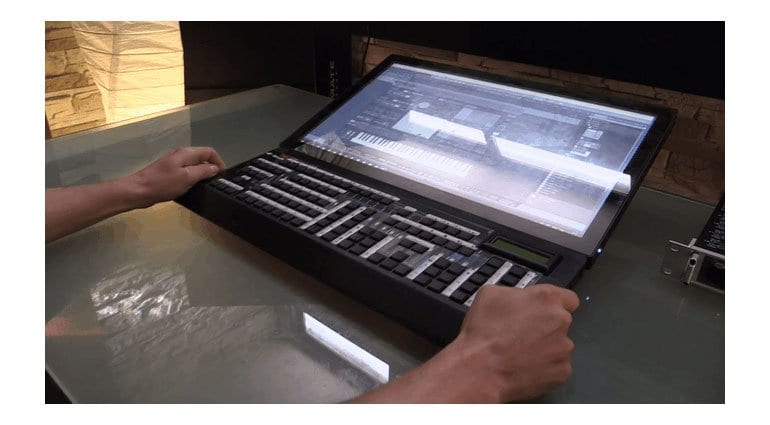 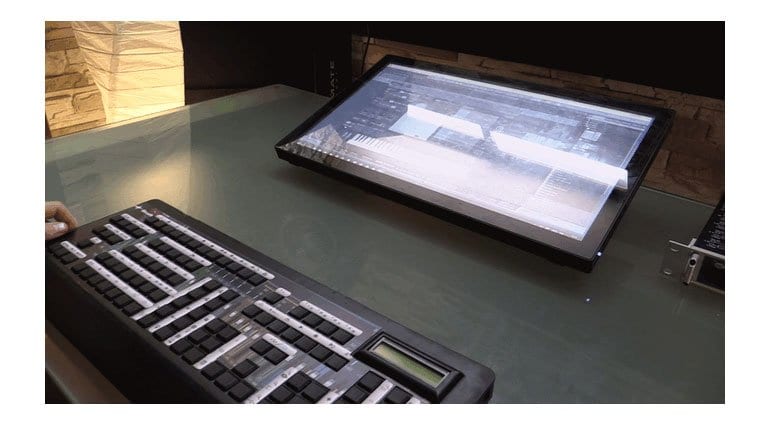 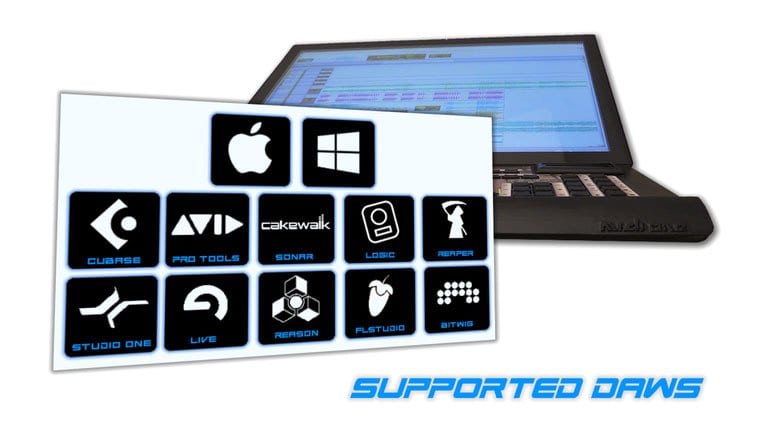 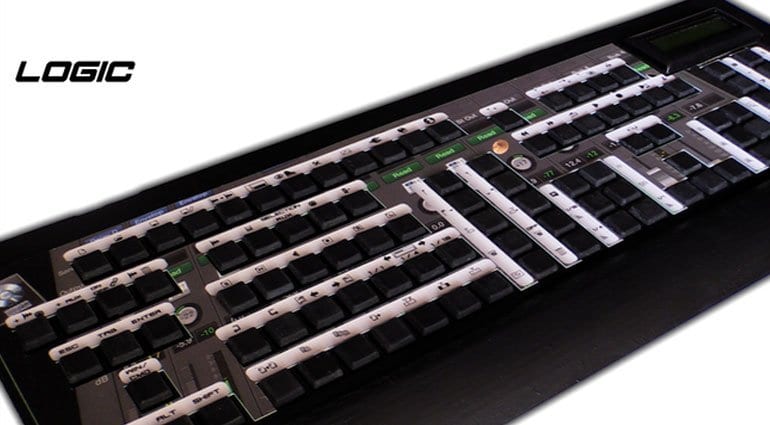 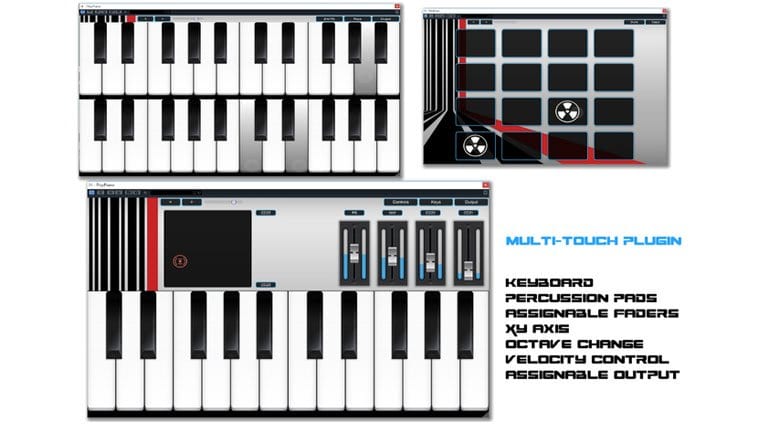 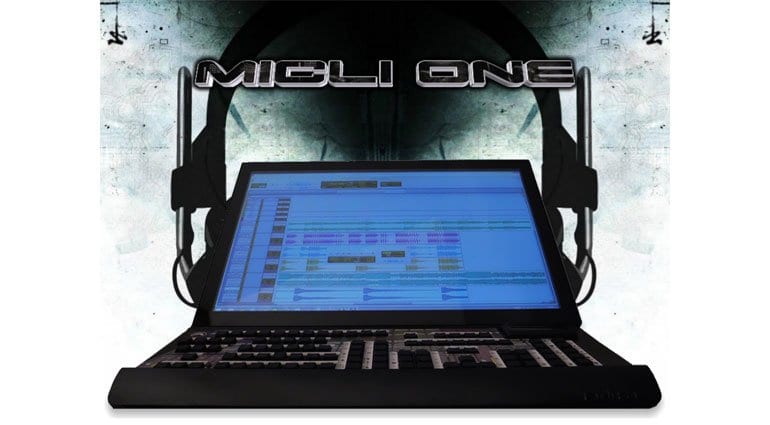 The creation of Spanish musician and technology tinkerer Roberto Riesco – the MicliOne – combines a multi-touch screen with a custom-made shortcut keyboard to offer an enhanced multi-platform DAW controller. It looks like it could be a standalone solution but it’s not. It plugs into your existing computer setup as an additional screen and keyboard lending its control functionality to whatever DAW you want to use.

The screen is a 21.5″ IPS 10-point multi-touch screen with an HD resolution of 1920 x 1080. They seem to have spent a lot of time on the ergonomics to ensure that it’s comfortable to use and you’re able to rest your arms and not suffer from aching limbs. The keyboard attaches magnetically to the bottom of the screen creating this sort of laptop appearance. It’s designed so that when you reach to touch the screen your arms are not going to be inadvertently pressing buttons. The keyboard layout is very weird indeed. They’ve eschewed the traditional qwerty layout to create something that’s purely for DAW shortcuts and is not intended for typing or any other use. They’ve organised it into various rows and sections with lots of space around so that they can drop a template cut-out over the top that has all the commands written on it for the DAW of your choice. The DAW is then selected on the keyboard which is pre-programmed with all the correct shortcuts. So far they have all the major DAWs covered.

They’ve designed a few plug-ins to bring some helpful multi-touch control to non-touch DAWs – a keyboard controller, some faders and XY controls and a 16-pad drum controller. They written a special driver to get it all working on the non-touch OSX like Slate have with their Raven touch controller.

It’s a nicely put together package but there are few things that concern me about it all. Firstly multi-touch screens are already available so I’m not sure what the screen in the MicliOne is offering that’s any different to those – possibly the ergonomics are the key. It doesn’t enable multi-touch control over non-touch DAWs like the D-Touch controller software or the Slate Raven multi-touch screen does. The Microsoft Surface and other hybrid touch laptops/tablets already have this sort of functionality built in but with screen sizes and resolutions that are not always DAW friendly. The performance of their plug-ins is going to be completely dependant on the latency of the audio interface being used. The keyboard on the other hand could be very interesting, although we are very used to learning keyboard shortcuts on our qwerty keyboards. How attractive is it to learn a whole new placement of commands? The setup of the screen and keyboard is exactly what I use in my studio with an Acer touch screen and a regular keyboard so I am totally into the concept of touch control as I use it every day. But I’m not sure that the convenience of having it in an integrated solution like this is enough to tempt people away from what’s already available. However, maybe on the Mac it can offer something that’s not already mainstream and follow the success of the Slate Raven MTi.

The price they are looking for is just under €1000 which is a lot when you consider an Acer 23″ touch screen is around €300 and a LogicKeyboard shortcut keyboard around €150. Their goal for Kickstarter is €180,500 which seems hugely ambitious to me. But, that said, it looks great, they certainly have some design flair and I’m going to be very interested to see how it pans out. I’d also like to see their plug-ins released separately – they look very handy.

Here’s the link to the Kickstarter project and all the details: https://www.kickstarter.com/projects/1842946927/micli-one

Here’s a video that explains how it all works: 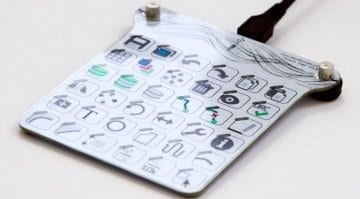 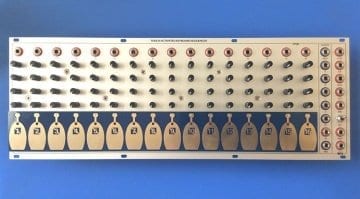