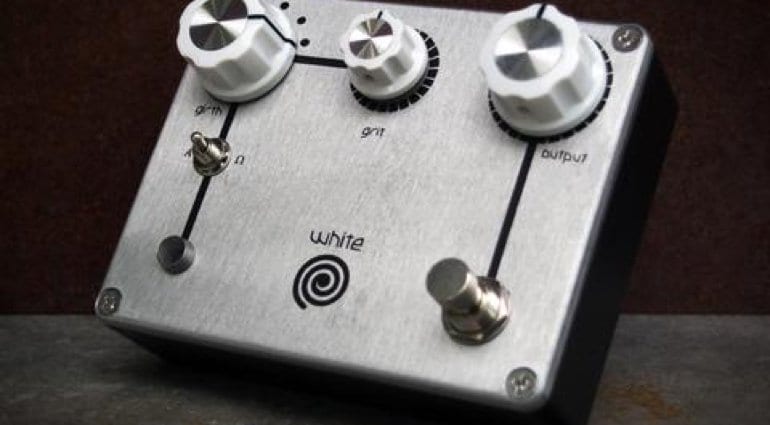 Spiral Electric FX is a pedal company run by Tom Cram, the genius behind many of the great Digitech pedals – before they fired him and his team. The new White Spiral Boost is billed as an ‘always on boost’ that its maker says has a few tricks up its sleeve…

Tom Cram has made some amazing effect pedal circuits over the years. Many of the things he and his team created for Digitech are seen by many people as modern-day classics. These days Tom has his own pedal company, Spiral Electric FX. Its latest pedal is a light JFET boost called the White Spiral Boost. So what are the tricks that Tom is promising us here?

This pedal is intended to be switched on and left there. It’s supposed to give you increased harmonic content, with a little bit of grit for good measure. Or you can run it as a last-in-chain boost to give your amp’s input channel a bit of a kick. 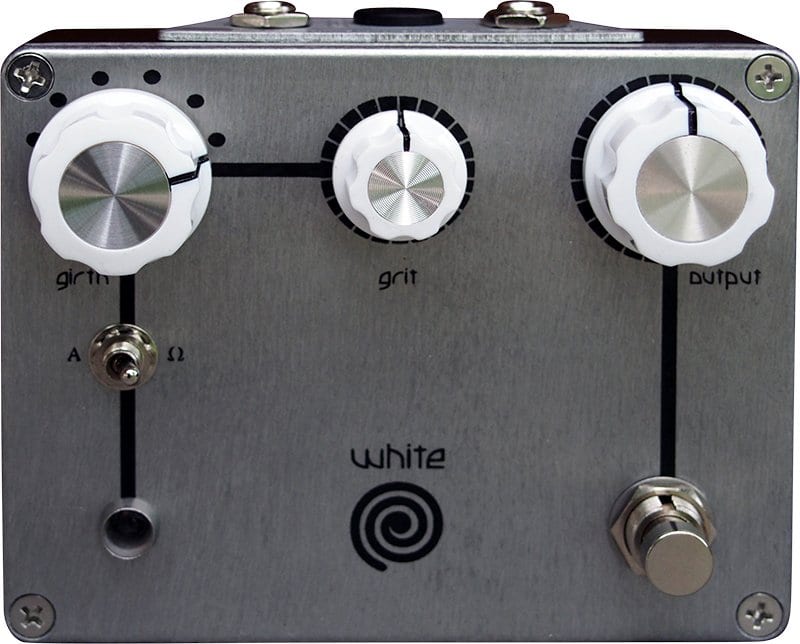 The Girth Control was first introduced with Spiral Electric FX’s Yellow Spiral Drive pedal from last year. Unlike a traditional tone control, is has a rotary cap network that either restricts or increases bass frequencies.

It has a two way switch marked Alpha/Omega. In the Alpha position the “Girth” control is placed before the low-gain Grit clipping. The Omega/Ω position places the Girth Control after the Grit Control. This position changes how much bass content is passed through the circuit. The gives you more open, glassy, and Hi-Fi sounding. The Grit Control changes the performance of the JFET to create distortion and also brings in Silicon clipping.

So this pedal acts as a ‘Low-Gain Boost Harmonic Stimulator’. If you’re looking for a pedal to make your guitar a little more responsive and ‘alive’, this one is probably worthy of serious consideration.

I’m really looking forward to hearing the reviews on this pedal when it gets into players’ hands. It sounds like a very useful pedal to have around. Especially if you use a good valve amp! Tom Cram is a genius, and I’m sure this new pedal is more than just a regular old boost box.

Definitely one to watch out for this year. 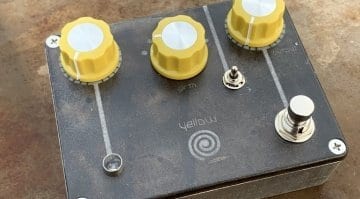