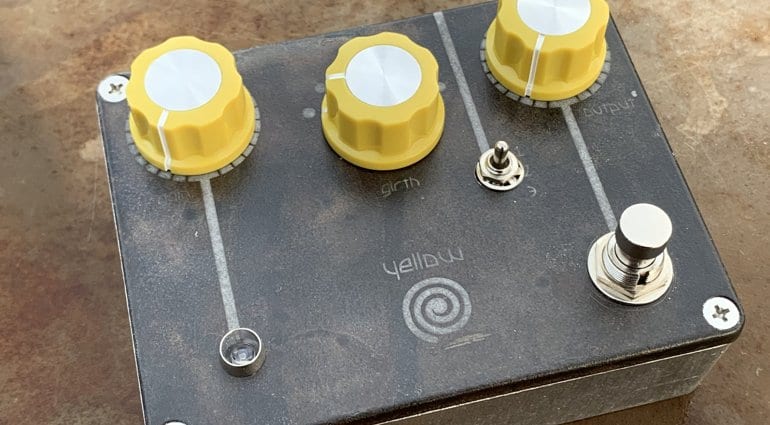 Spiral Electric FX has just released the new Yellow Spiral Drive which is based around the classic DOD 250 Overdrive preamp. The reason you should really take note of this release is that the brains behind it are those of the legendary Tom Cram.

If the name is new to you, Tom Cram is responsible for the Carcosa, Rubberneck, FreqOut, and many more effects pedals during his time at DOD/Digitech. If you don’t know the story of Tom and his pedal designs, then you should read this article I wrote last year and it will bring you up to speed. But basically, I think the man is a genius, yet DOD/Digitech decided to fire him and his team. 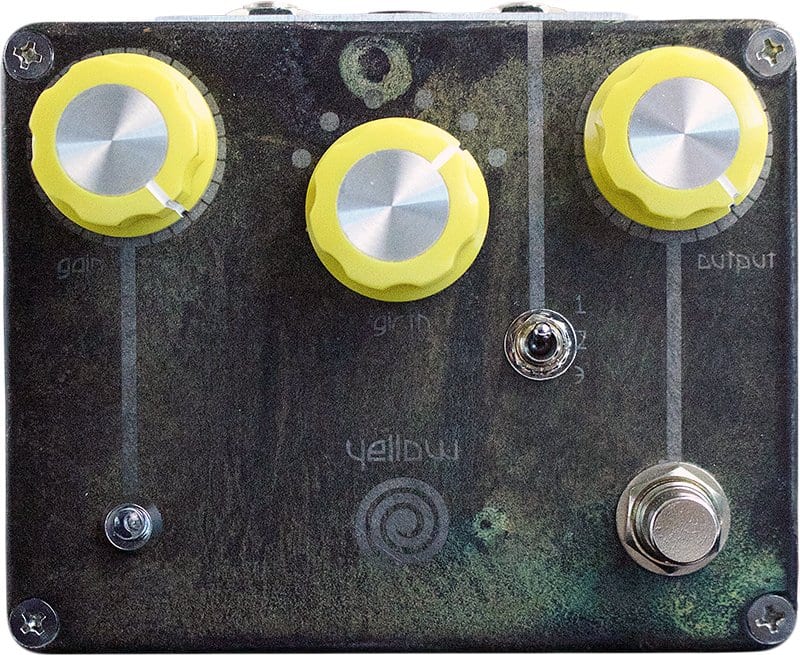 The Yellow Spiral includes clean boost, dirty boost, low-gain distortion, mid-gain distortion and, according to the company blurb, an amp input punisher. To quote the site, the pedal is about “unleashing the fury, everything on 10 lead shred-o-rama”.

So how does it achieve those sounds? First, it uses a Nanolog N2 Quantum Junction (I have no idea what that is but it sounds good). Then there’s a Girth control, a 6-position rotary tone network that retains your highs but increases low-end. Selectable clipping sections have also been added to the original circuit design in the form of a three-way toggle switch that chooses between, N2 + LED, N2 and N2+Silicon. So you get plenty of drive choices here, and I expect this will be a versatile overdrive pedal.

It is 100% analogue and true-bypass, which we guitar players love in a good drive pedal effect. It comes in a very striking ‘blasted’ finish with bright yellow knobs and looks pretty bulletproof in the photos.

This looks like it could be a great overdrive pedal. I’m really looking forward to hearing reviews on this one as I love Tom’s previous work and own many of the effects he created at DOD/Digitech. You can hear it in action below in the official demo video. 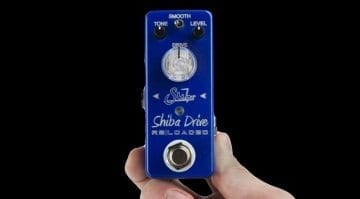